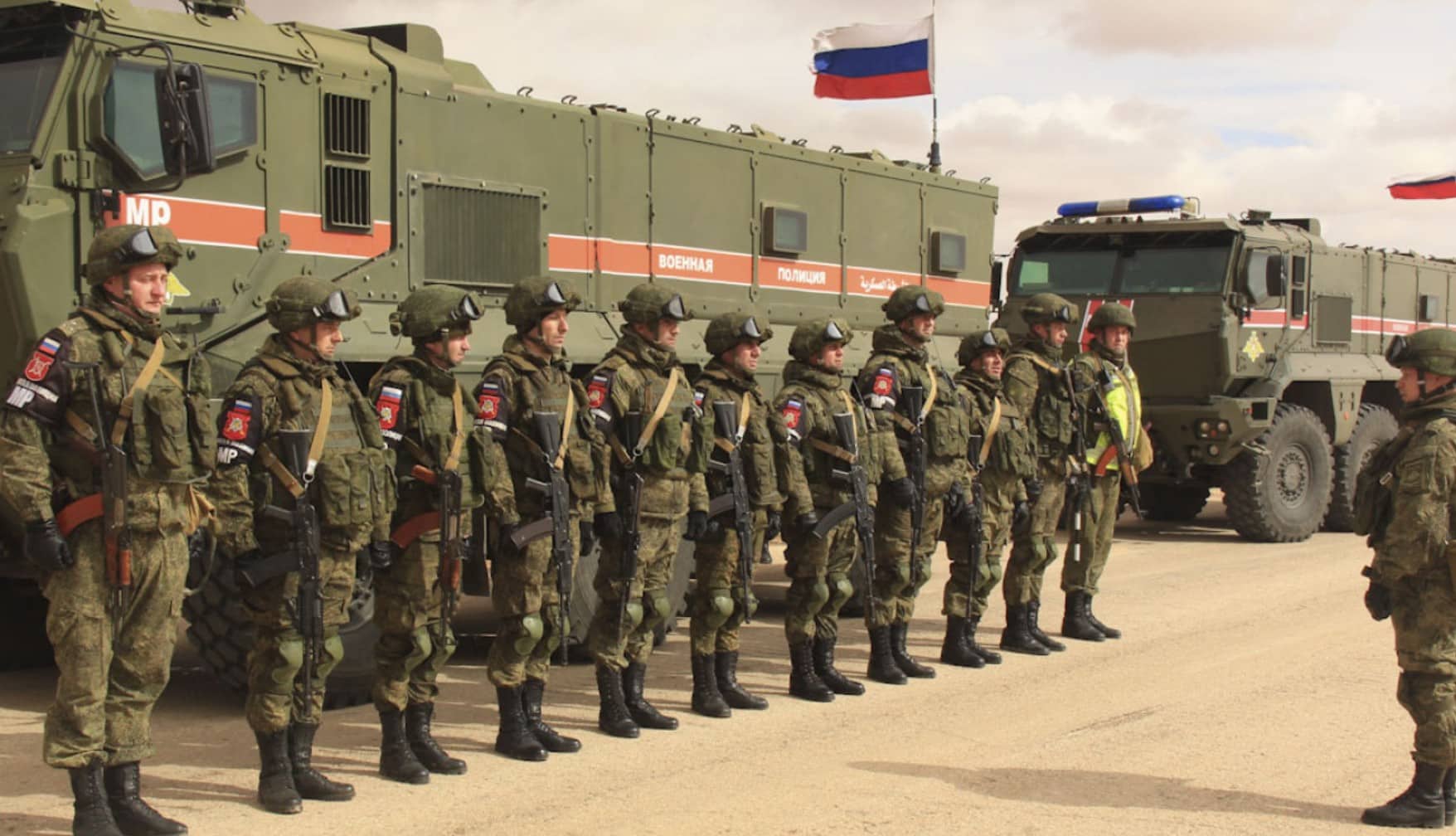 Currently, Saudi Arabia has set up a first military unit inside Syria, sharing a base with the US.  Our sources say that Saudi vehicles moving in and out of Syria are likely to be targeted with the help of Russian intelligence.

Steven Sahiounie is a journalist and political commentator

A high level Russian delegation met recently with President Assad in Damascus. In an effort to further understand the importance and implications of the meeting, Steven Sahiounie at MidEastDiscourse reached out to Andrey Ontikov, a Special Correspondent at Izvestia daily newspaper, in Moscow and a political commentator specializing in the Middle East.

Steven Sahiounie (SS):  Recently, the Russian foreign minister, Sergei Lavrov, and a delegation were in Damascus for a high level meeting. What was the outcome of this meeting?

Andrey Ontikov (AO):  To my mind those negotiations demonstrate a change in priorities of Russian policy in Syria. Now we see that most of Syrian territories are free from terrorists. Meanwhile Damascus is facing other threats and challenges. First of all, these are problems in the economy due to western sanctions and Caesar Act recently adopted in the US. And Moscow is ready to help Damascus. It was no coincidence that Deputy Prime Minister Yuri Borisov headed the Russian delegation. And among the issues discussed were joint projects in various fields.

Another challenge for Syria is the continued US-presence in areas east of Euphrates and at the Al-Tanf base. We see that Washington helps the Kurds in every possible way in creating the so-called autonomous region. In other words, we are talking about supporting separatism in Syria, which poses a threat to the country’s territorial integrity. Of course, Russia will try to prevent this. We see this at least in the recent meeting between Qadri Jamil and Ilham Ahmed, which took place in Moscow. They signed a memorandum of cooperation. I think that the Russian Foreign Ministry has played an important role here. Russia also intends to facilitate dialogue between the central Syrian authorities and the Kurds and, in addition, intends to protect the rights of the Kurds in every possible way, but within the framework of a united Syria. Of course, all this does not mean that Moscow is abandoning the fight against terrorism. This threat persists primarily in Idlib, but also in other parts of Syria. Thus, the global goals remain the same: the restoration of Syrian sovereignty throughout the country and ensuring security there.

SS:   As part of the UN resolution 2254, to find a political solution to the Syrian crisis, there have been a series of meetings to draft a new constitution, including a recent meeting.  How is the current status on this process?

AO:  The process is progressing slowly. But it was difficult to expect otherwise. Still, there are a lot of contradictions between the parties, besides, there is a strong foreign influence on some participants in the dialogue. However, it is important to understand that the situation is not in a deadlock. I would like to remind you that there were no significant advances until the beginning of 2018. But in January 2018, Russia hosted the Syrian National Dialogue Congress in Sochi. And thus the process of creating a constitutional committee was launched. Now this committee has been formed and started to work. As officials in Moscow point out, it would be wrong to set a time frame for its work. Ultimately, the Syrians need a constitution that will ensure the functioning of the state and the rights of various groups of the population. So in light of the difficulties that remain on the battlefield and in the political plane, it seems to me that progress is obvious. The main thing is that some countries that find themselves outside the process do not create artificial obstacles.

SS:  What is the Russian role in the Syrian Mediterranean gas-field?

AO:  It can be said that gas in the Eastern Mediterranean is one of the main reasons for the current stage in the Libyan conflict. It is no secret that in November 2019, Turkey signed an agreement on the division of maritime zones with the Government in Tripoli. This has become a serious challenge for the countries that are members of the East Mediterranean Gas Forum and are going to build a gas pipeline to Europe. Therefore, it is important for Ankara that the current government remains in Tripoli, under which the agreements will not be denounced. This is the reason for the ongoing escalation, sending Turkish military and Syrian militants to Libya. Russia, for its part, has been making efforts for a long time to resolve the situation in Libya peacefully. Moscow is also ready to mediate in the conflict between Turkey and Greece, since it has good relations with both countries. In any case, it is important for Moscow to overcome the conflict and stabilize the situation in the region.

SS:  There are tensions between the Russian military, who are in Syria legally, and the US military who are an occupation force in Eastern Syria.  How do you see this situation?

AO:  I have already mentioned that Russia insists on the withdrawal of US troops from Syria and the stop of support for separatist tendencies. And it will do everything to achieve these goals. At the same time, the Americans, apparently, will arrange provocations against the Russian military. And we have already seen them many times. The goal is to impose their own rules of the game in that part of Syria and to force Russia to retreat. So far, these attempts have been unsuccessful. Be that as it may, Moscow is somewhat limited in methods. It cannot enter into an open confrontation with the Americans, as it fought against terrorists. It can only act by diplomatic methods, exert informational pressure on the United States itself, promote dialogue between the Kurds and Damascus, and so on. At the same time, Syria itself has slightly more opportunities. In particular, the country’s authorities often talk about popular resistance against external occupiers. And it seems to me that developing the partisan movement could bring good results along this path. In fact, we already see how the local population east of the Euphrates from time to time oppose the American presence. In any case, if the Syrians manage to make the presence of the United States in Syria unprofitable for Washington, then it will immediately withdraw its troops. Russia will contribute to this in every possible way.

SS:  There is Russian and Turkish cooperation in Idlib, Syria. The agreement was supposed to result in a safe passage way on the M4 Highway from Latakia to Aleppo, but this has never been achieved.  What is the reason for this failure, and can it be achieved?

AO:  There are indeed problems. But, as is the case with the constitutional committee, the situation is not at a standstill. We see how Idlib is gradually being freed from terrorists. Who could imagine a year ago that free movement on the M4 would in principle be discussed? Nevertheless, the work here must be very clear, based on compromises. After all, Russia and Turkey have their own interests, often opposite. Therefore, it is necessary to look for common ground. Somewhere to act by diplomatic methods, somewhere by force. This work continues. And I am convinced that it will be completed.