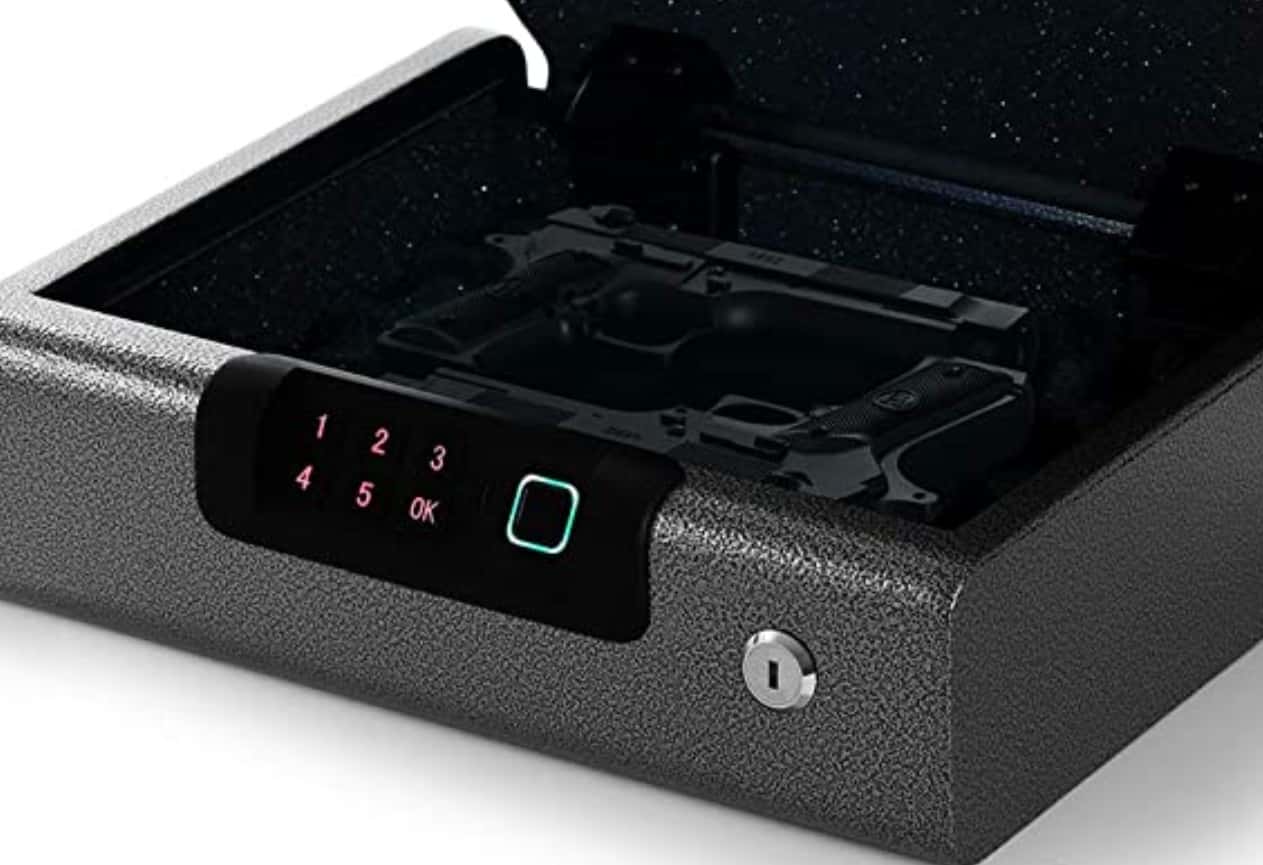 By Tom Kubiniec for VT
Gun safe companies are working quickly to adopt new technologies in their safes. Biometrics (fingerprint scanners, facial recognition), Wi-Fi, Radio Frequency Identification (RFID) and others are being incorporated into almost every safe on the market. The sales and marketing brochures tout this new technology as the best and most convenient way to secure and access firearms.

In many cases, new technology improves the product and user experience. However, in others, it simply adds some sizzle to otherwise mundane products. The hope is that customers will buy because of trending tech.

So how does technology impact firearm safety and security? As it turns out, novel technologies can be problematic and sometimes dangerous.

If a number of guns are stored in a large, heavy safe in the basement and fast access is not a priority, then the technology is of little impact. But what if fast access for home defense is a priority?

Promoting these new technologies as faster, safer, and better for home defense is quite misleading. When considering what needs to happen to access a secured firearm in a crisis, the technology sales pitch falls apart—the use of many of these products can actually increase your risk.

During a break-in or home invasion, the environment is intense, stressful, and can be very loud and confusing. Adrenaline levels will spike, and you will be nervous, scared, injured, or just plain angry. When evaluating gun storage options, three characteristics are critical to success in a crisis:

This is the most popular “innovation” in gun safe locks. We are told to simply swipe a finger to open the safe.

Although this method is relatively simple, the fingerprint scanners only allow for quick and easy access in nearly perfect conditions. Hands must be bare, clean, dry, and still. If the user’s finger is at all dirty, the safe will not get a good read and will not open. If they are dry or wet—with water, blood, or paint—it could take many swipes to get the lock to open. And, of course, gloves will block any read.

Most of these locks require the user to program several fingers, and for good reason. They want to give the user plenty of chances to open the safe if the first finger fails. Remember, the technology is designed to stay locked unless the scan exactly matches what the user has programmed. Almost any impediment will cause these locks to decline to open. Getting a good scan takes time, and in a crisis, you do not have that privilege.

Wi-Fi enabled safes allow control of the lock with a cell phone or computer. Using a device—in most cases, a smartphone—to open a safe via Wi-Fi is very slow and fails the quick access test.

Ease of access depends on the particular device and application. Users will have to access the app to open the safe. Depending on the type of app and type of phone, this may be more or less complicated.

The greatest flaw of this method is, of course, that you may not have access to a device with the application. Another issue is that Wi-Fi can lag or fail at any time. Ask anyone who has tried to stream a movie or host a video conference.

RFID allows the user to open a safe by waving a tag in front of it, similar to many modern hotel or apartment door locks. The tag has a small chip with a unique code in it that is read by a transmitter in the lock.

Provided the user has the tag, access can be relatively quick and easy.

Most locks come with 4-6 different tags. These tags allow any holder to open the safe. This means you have to organize and secure every RFID tag and hold one at all times. This adds a lot of complexity to a home security plan.

The biggest issue is that RFID tags are inconsistent. Tired travelers know what it is like to check into a hotel late at night, then get to the room, only to find out their key does not work. Now it’s back to the lobby with all your bags to get it resolved. RFID tags and their systems can easily be disrupted by metal, water, or other magnetic fields, lowering their reliability. For a fast-access gun safe, this is not a good solution.

RFID locks also have other challenges. They all have a push-button backup to compensate for the possibility of a lost tag or an inconsistent read. Users initially use a tag to open the safe. Over time, they open it less often, and eventually the tag ends up in the top drawer of a dresser, or on a key chain hanging from a hook near the garage.

In the event of a crisis, with no tag, the user must now quickly open the lock using the keypad. In this scenario, not having done this in a while, the user may not remember the code, and it will certainly take more time to key in. If it is dark, a light may be needed to see the keypad. All of this complication puts you at great risk.

A fast-access gun safe with a simple push-button lock is consistently the fastest and safest way to secure and access firearms. Use a 4-6 character code, then practice every day for at least 30 days. After that, practice once a week.

Put a fast-access safe near or under your bed. Every night before bed, reach down (in the dark) and enter the code, open the safe, then close it. Doing this every night builds muscle memory and makes the process automatic. In the event of a break-in, when things seem out of control, you will calmly and quickly enter the code, arm yourself, and be in the best position to deal with the threat.

Tom Kubiniec is President and CEO of SecureIt Tactical which specializes in civilian gun storage and education for gun owners across the nation to improve lives through safety and better preparation. The company is also the largest supplier of weapons storage units to the U.S. military.

Tom Kubiniec, CEO of SecureIt Tactical, is the country’s leading authority on safe gun storage and armory design. He got involved in military weapon storage in 2001 while running a technology storage company in Southern California. That was when he was asked if his company could store MP5s in one of its high-security laptop cabinets.

For nearly two decades since, he has designed and built weapon storage systems for all branches of the U.S. military in all theaters of operation, as well as foreign military forces in South America and the Middle East.

Working with the U.S. Army Special Forces, Tom developed patented technology called CradleGrid™. This smart, three-part system comprises a grid that affixes to the back of a cabinet or safe and then individual “cradles” can be quickly and easily placed anywhere on the grid, without tools, to fit virtually any firearm.

In 2015, Tom expanded SecureIt from being solely a defense contractor into a rapidly growing retail brand with a focus on improving people’s lives by educating and making them safer and better prepared. His goal is to help gun owners to properly store, hide, transport and protect their guns.

Prior to starting SecureIt, Tom founded Greenline Data, a data storage and physical security products company, in 1995. Before that, he was a founding partner of JET Computer Products from 1987-1994.

A long-time resident of Southern California, Tom currently lives with his family near Syracuse, New York.