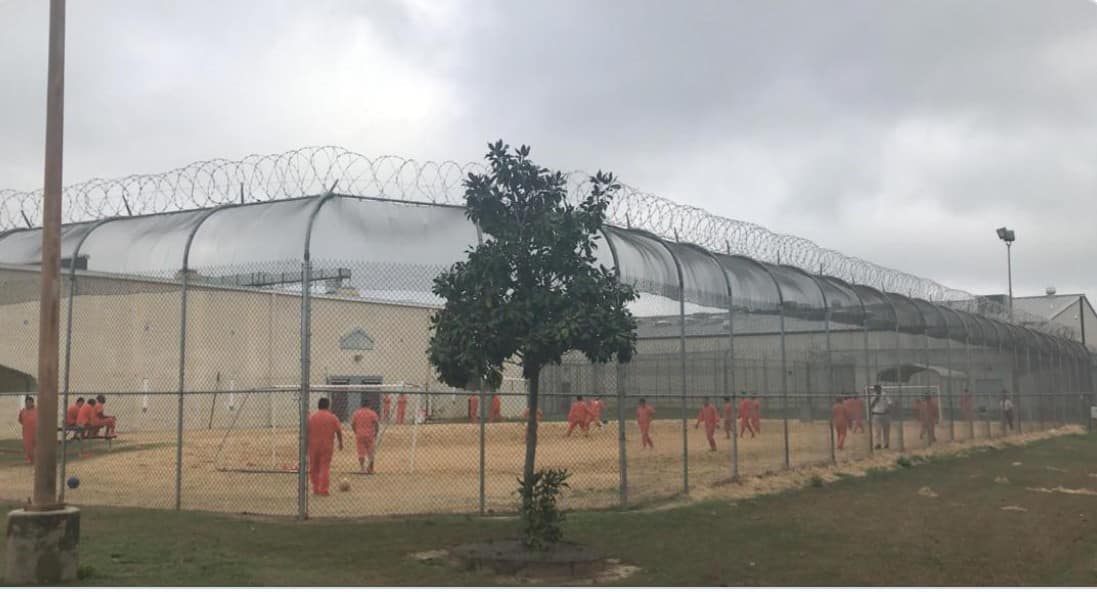 “Everybody he sees has a hysterectomy—just about everybody,” Wooten said, adding that, “everybody’s uterus cannot be that bad.”

“We’ve questioned among ourselves like goodness he’s taking everybody’s stuff out…That’s his specialty, he’s the uterus collector. I know that’s ugly…is he collecting these things or something…Everybody he sees, he’s taking all their uteruses out or he’s taken their tubes out. What in the world.”

If true, the appalling conditions described at an ICE detention facility — including allegations of mass hysterectomies performed on immigrant women — are a staggering abuse of human rights. @DHSOIG must immediately investigate these allegations. https://t.co/Rkr3yLt54r

Law and Crime: Several legal advocacy groups on Monday filed a whistleblower complaint on behalf of a nurse at an Immigration and Customs Enforcement (ICE) detention center documenting “jarring medical neglect” within the facility, including a refusal to test detainees for the novel coronavirus and an exorbitant rate of hysterectomies being performed on immigrant women.

If accurate, this is Nazi-Germany type cruelty, happening in Trump’s America.

Women in ICE Detention Centers Were Reportedly Given Hysterectomies Without Informed Consent https://t.co/REfG2TgAZ7

The nurse, Dawn Wooten, was employed at the Irwin County Detention Center (ICDC) in Georgia, which is operated by LaSalle Corrections, a private prison company. The complaint was filed with the Office of the Inspector General (OIG) for the Department of Homeland Security (DHS) by advocacy groups Project South, Georgia Detention Watch, Georgia Latino Alliance for Human Rights, and South Georgia Immigrant Support Network.

There are multiple lawyers representing multiple women who say they had hysterectomies without consent.https://t.co/MT2MDCMsX4

Multiple women came forward to tell Project South about what they perceived to be the inordinate rate at which women in ICDC were subjected to hysterectomies – a surgical operation in which all or part of the uterus is removed. Additionally, many of the immigrant women who underwent the procedure were reportedly “confused” when asked to explain why they had the surgery, with one detainee likening their treatment to prisoners in concentration camps.

It’s astounding that after a massive family separation operation, mass sexual assault of detainees, trapping immigrants in COVID-infected detention centers, and now reports of mass hysterectomies (which the US has done before), abolishing ICE is controversial.

“Recently, a detained immigrant told Project South that she talked to five different women detained at ICDC between October and December 2019 who had a hysterectomy done,” the complaint stated. “When she talked to them about the surgery, the women ‘reacted confused when explaining why they had one done.’ The woman told Project South that it was as though the women were ‘trying to tell themselves it’s going to be OK.’”

A whistleblower who previously worked at an Immigration and Customs Enforcement facility in Georgia detailed a high rate of hysterectomies and alleged medical neglect in a complaint filed to the Department of Homeland Security inspector general https://t.co/sNgaX8hcqr

“When I met all these women who had had surgeries, I thought this was like an experimental concentration camp. It was like they’re experimenting with our bodies,” the detainee said.

According to Wooten, ICDC consistently used a particular gynecologist – outside the facility – who almost always opted to remove all or part of the uterus of his female detainee patients.