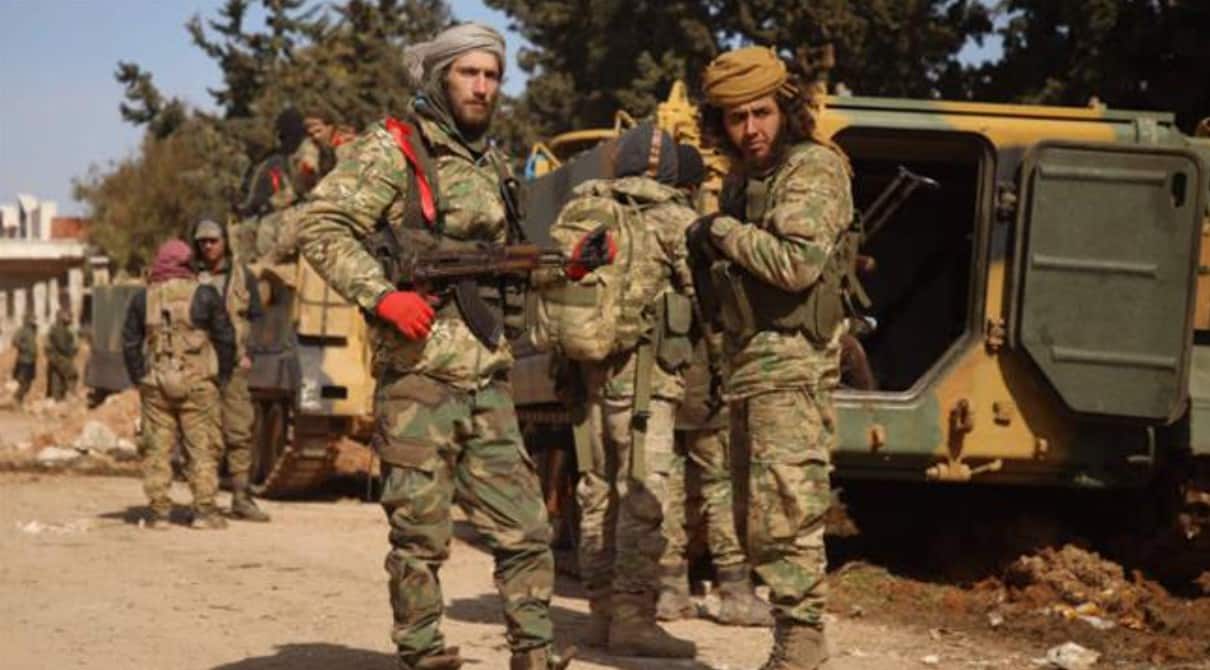 A panel of United Nations war crimes investigators has called on Turkey to rein in allied militants in northern Syria, who may have committed a range of war crimes against civilians, including hostage-taking, rape and torture.

In a report covering the first half of the current year and published on Tuesday, the UN Commission of Inquiry on Syria said militants of the so-called Syrian National Army, also known as the Free Syrian Army, detain civilians and transfer them to Turkey for prosecution, adding that such acts could amount to the war crime of unlawful deportation.

The panel warned that assassinations and rapes of civilians were on the rise in war-ravaged Syria.

Fierce infighting erupts between rival Turkish-backed militants in Syria’s northeastern province of Hasakah over the distribution of stolen objects and disagreements over seizure of local houses.

“Turkey should act to prevent these abuses and ensure the protection of civilians in the areas under its control,” he said.

Panelist Hanny Megally said Ankara wields influence over militants affiliated with the so-called Syrian National Army as it has funded, trained, and allowed the terrorists to enter Syria from Turkish territory.

“Whilst we can’t say Turkey is in charge of them and issues orders and has command control over them, we think that it could use its influence much more to bring them in to check and certainly to pressure them to desist from the violations being committed and to investigate them,” Megally added.

Syria’s UN ambassador denounces Turkey for using drinking water as a weapon of war against civilians in Syria’s northeastern province of Hasakah.

Turkish troops launched a barrage of artillery rounds at Okaiba and Sawagia villages in the northern countryside of Syria’s northwestern province of Aleppo two days earlier.

Ankara has been providing support to militants operating to topple the Damascus government since early 2011.

Last year, Turkey seized control of the border town of Ras al-Ain after it launched a cross-border invasion of northeastern Syria with the help of its allied armed groups to push Kurdish militants affiliated with the so-called People’s Protection Units (YPG) away from border areas.

Meanwhile, Turkish and Russian officials are holding a new round of talks on developments in Idlib Province of Syria, where the two countries back opposing sides.

The Arab Inter-Parliamentary Union slams attacks by the Turkish military and allied militants against Syrian people and territories.

Turkey’s Defense Ministry said on Wednesday that consultations between the officials on the conflict zone are underway at a technical level in Ankara, the Arabic-language al-Mayadeen television news network reported.

On March 5, Russia and Turkey came to an agreement on the ceasefire regime in Idlib, where Turkish aggression against the Syrian government had earlier risked starting a war.

The ceasefire came a few months after the Syrian army launched an anti-terror operation against foreign-sponsored militants following the latter’s failure to honor a de-escalation agreement between Ankara and Moscow.

Ankara, which itself supports a number of anti-Damascus militant outfits in Idlib, says Syrian offensives there have killed dozens of its troops. It has threatened to attack the Syrian military unless government forces abandon the liberated areas, and aske Moscow to “stop” Damascus.

Turkey has, meanwhile, sent thousands of troops and heavy military hardware into Idlib in an unprecedented incursion to back the militants.

Damascus, though, has vowed to liberate entire Syria, including Idlib, which remains the last major bastion for foreign-backed Takfiri terrorists in the country.

Syria has repeatedly denounced Turkey’s military activities in the Arab state as a violation of its sovereignty, urging Ankara to withdraw its troops and stop backing the militants that have taken up arms against the central government.