‘It felt like tentacles’: the women who accuse Trump of sexual misconduct.

A former model has come forward to accuse Donald Trump of sexually assaulting her at the US Open tennis tournament more than two decades ago, in an alleged incident that left her feeling “sick” and “violated”. 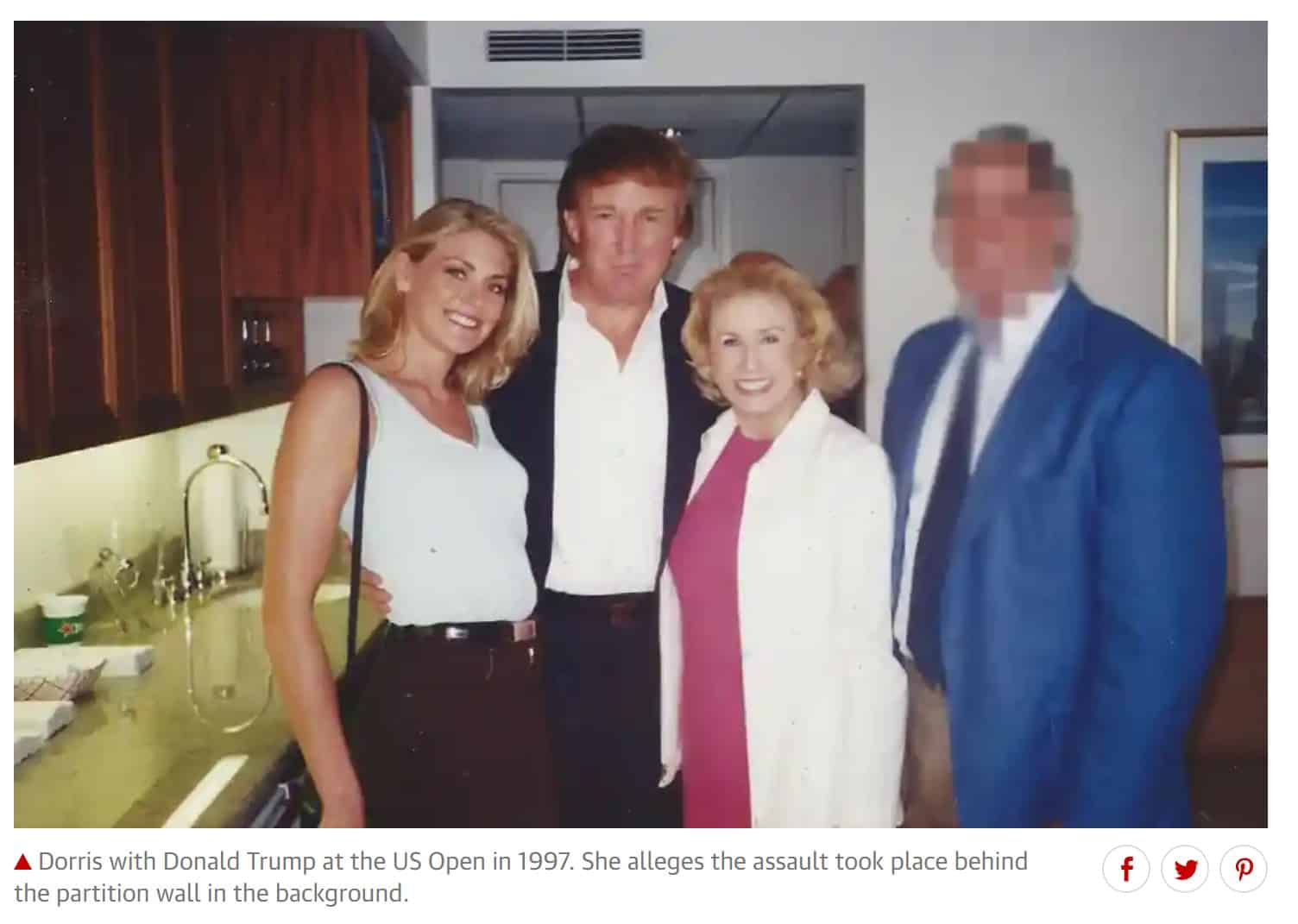 In an exclusive interview with the Guardian, Amy Dorris alleged that Trump accosted her outside the bathroom in his VIP box at the tournament in New York on 5 September 1997.

Dorris, who was 24 at the time, accuses Trump of forcing his tongue down her throat, assaulting her all over her body and holding her in a grip she was unable to escape from.

BREAKING: Amy Dorris says Trump sexually assaulted her in 1997. Dorris has photographic proof they were together and has multiple witnesses who she told right when it happened. At least 26 women have credibly accused Trump of sexual misconduct over decades. Absolutely disgusting.

“He just shoved his tongue down my throat and I was pushing him off. And then that’s when his grip became tighter and his hands were very gropey and all over my butt, my breasts, my back, everything.

She alleged she told Trump “No, please stop” but “he didn’t care.”

“I was in his grip, and I couldn’t get out of it,” she said, adding: “I don’t know what you call that when you’re sticking your tongue just down someone’s throat. But I pushed it out with my teeth. I was pushing it. And I think I might have hurt his tongue.”

Former model Amy Dorris has alleged in a new interview that Trump sexually assaulted her at the U.S. Open in 1997 by forcing his tongue down her throat and groping her body. https://t.co/5t4rzL9U3G

Her account was also corroborated by several people she confided in about the incident. They include a friend in New York and Dorris’s mother, both of whom she called immediately after the alleged incident, as well as a therapist and friends she spoke to in the years since. All said Dorris had shared with them details of the alleged incident that matched what she later told the Guardian.