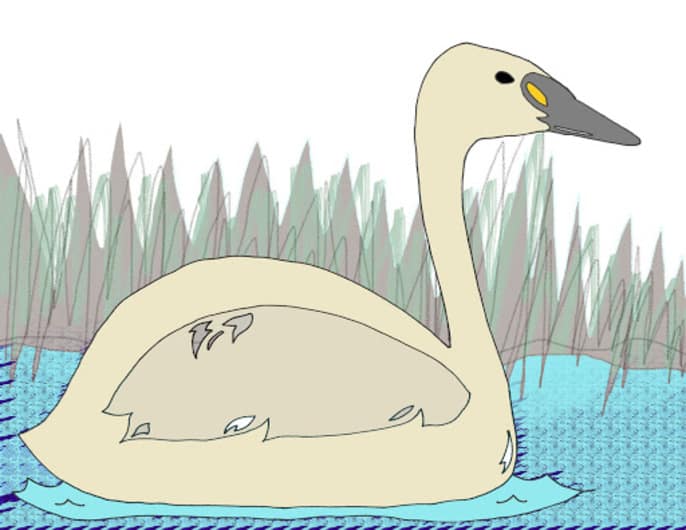 ALBUQUERQUE – Huge numbers of migratory birds are dropping dead around New Mexico as scientists scramble to determine what is triggering one of the Southwest’s largest bird die-offs in recent memory.

After people began finding the dead birds in recent days in locations ranging from hiking trails to suburban driveways and golf courses, the mystery of what is causing the die-off has intensified.

Biologists are examining whether the wildfires on the West Coast may be a factor in the deaths, with smoke plumes potentially altering migration routes or increasing the toxins inhaled by birds. Researchers at universities in New Mexico and other parts of the country are also looking at other possible factors, such as a recent cold snap in the Mountain West or the drought in the Southwest that has depleted the insect populations that are a source of food for many migratory birds.

“I’ve never seen anything like this in New Mexico in recent times,” said Martha Desmond, a professor in New Mexico State University’s department of fish, wildlife and conservation ecology.

One of the first alerts about the die-offs came on August 20, when a report described a sharp increase in dead birds found at the White Sands Missile Range in southern New Mexico, Dr. Desmond said.

Since then, Dr. Desmond and other researchers have fielded reports of dead migratory birds found in many parts of New Mexico, as well as in parts of Southern Colorado and West Texas. Dr. Desmond said the numbers of dead birds in the region could easily number in the hundreds of thousands.

Trish Cutler, a wildlife biologist at the White Sands Missile Range, told the Albuquerque television station KOB over the weekend that fewer than half a dozen dead migratory birds are reported dead at the weapons testing site in a normal week.

“This last week we’ve had a couple of hundred, so that really got our attention,” Ms. Cutler said. Residents of different parts of New Mexico increasingly began to post similar reports in recent days. In one post over the weekend on Twitter, Austin Fisher, an independent journalist in northern New Mexico, recorded video of dead birds he came across in Velarde while on a tubing trip down the Rio Grande. “I thought to myself, ‘Wait, I’ve never seen this many dead animals in one place in my life,'” Mr. Fisher said.

I just recorded this up in Velarde, N.M. I’ve never seen anything like it. I’m told of other dead migratory birds found in Hernandez, Ojo Sarco and El Valle de Arroyo Seco. https://t.co/GpeFZbyuW7 pic.twitter.com/XXVM4AZrDu

“Many of them have little to no fat, many are underweight, and there’s not a lot of external signs that they have been inhaling a lot of smoke,” Ms. McCullough said.

Andrew Farnsworth, a senior research associate at the Cornell Lab of Ornithology, noted that the die-off began before the sharp drop in temperatures in New Mexico last week. He added that the deaths amounted to “clearly a major, major event” in the broader problem of migratory birds being killed.

“It’s different this year than other years,” Dr. Farnsworth said, adding that he believed that the wildfires could be a potential trigger for the bird deaths. “We’ve had plenty of hot summers but very few that have had these huge-scale fires combined with heat combined with drought.” Dr. Farnsworth said the particulate matter or toxic compounds from smoke could be a prime factor.

Pointing to migration patterns, he said that researchers could find similar reports of dead birds even into northern Mexico and “all the way up the Rockies.” Many different types of birds have been found dead in New Mexico in recent weeks, including warblers, swallows and flycatchers.

Another handful spotted during my ride up at Valles Caldera on Monday and another out near Golden Open Space yesterday. pic.twitter.com/7KZEZi3809

Running on the trail by Bosque prep the other day a little bird just kept hopping and low flying in front of me rather than moving to a new bush. Did it about 4 times before I stopped. Didn’t look injured, just like lethargic

Tristanna Bickford, a spokeswoman for the New Mexico Department of Game and Fish, said it would take some time before biologists could conclusively determine what was causing the die-off. Ms. Bickford said New Mexico officials had provided specimens of the dead birds to the National Wildlife Health Center in Wisconsin for examination. She said it could potentially take months to diagnose the cause if a significant amount of testing was needed. “This is definitely not a normal thing.”

From the Emergency and Disaster Information Service

The U.S. Fish and Wildlife Service has denied a petition that sought to end federal protections for the western yellow-billed cuckoo. https://t.co/YVXmfiNzOw

ALBUQUERQUE, N.M. (AP) — The U.S. Fish and Wildlife Service has denied a petition that sought to end federal protections for the western yellow-billed cuckoo.

The agency issued its finding this week, saying taking the songbird off the threatened and endangered species list isn’t an option at this time.

American Stewards of Liberty, a nonprofit group that advocates for private property rights, had argued that the bird’s status needed to be reviewed because it had sufficient habitat.

Biologists said new data shows habitat loss and fragmentation continue to be an issue for the cuckoo.

Recent mining projects in central and southern Arizona are also affecting the species.