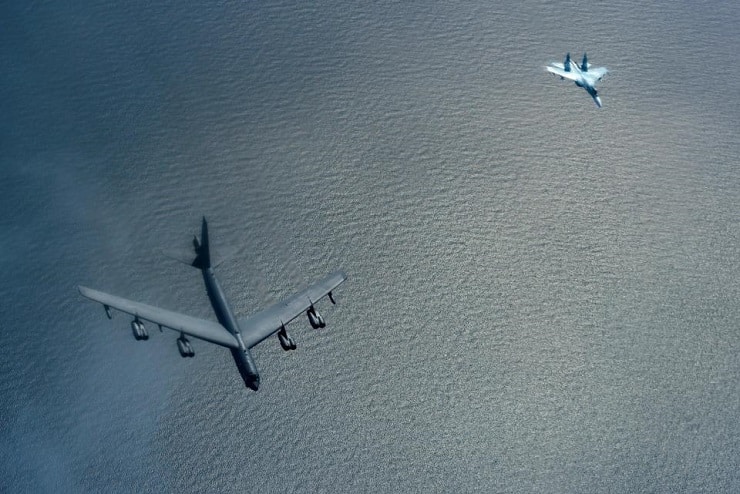 Donald Trump has announced he will contest the presidential election if he loses, a bizarre statement from someone who may well have taken on a “life’s work” few might guess. Trump, the virtual “stepchild” of “Red Baiter” Roy Cohn, a man whose hatred of Russia was notorious, may well not be the friend of Russia that so many in the Pentagon and US agencies believe.

Trump may well plan to destroy Russia and has certainly moved toward doing exactly that. Let us look at the truth about Roy Cohn, the man who built Donald Trump from a failed slumlord to a Hitleresque political predator.

Yet throughout his life, he held fast to one certainty: Russia and America were enemies. Roy often told me the Kremlin blamed the US for Russia’s failure to prosper, so Russian leaders were bent on destroying our democracy.

If Roy had lived another 30 years, I’m sure he’d be pleased to learn that his protégé was elected president. But I am equally sure Roy would be appalled by Trump’s obsequious devotion to ex-KGB officer Vladimir Putin. In his nasal tone, Roy would warn that Putin follows the Soviet playbook by interfering with elections in Western Europe; invading sovereign nations such as Ukraine; and assassinating dissidents and journalists.”

Marcus asserts that Cohn would be ashamed of Trump, based on the view that Trump is a Russian puppet. What if Trump is playing a “double game,” something that would play well with profilers citing Trump’s false air of superiority and intense personal insecurity which he continually overcompensates for? Profiling Trump as a frightened child is rudimentary.

The tendency to lash out, to betray is there and betrayal doesn’t work without trust and friendship to destroy. Trump’s overt “warming” to Russia may well be setting the stage to complete Roy Cohn’s ambitions of destroying Russia, were one to follow this tack.

But what has Trump done to prepare for a first strike on Russia? Here, on the GOP platform, Republicans brag about Trump ordering the killing of Russian military contractors:

Beyond that is page upon page of sanctions, arms sales to Ukraine, troop deployments to Russia’s borders, massive military exercises aimed at Russia and more.

Then one might consider America’s arms buildup, bankrupting America, leaving its military economically unsustainable, which fits into the “first strike” scenario.

The assumption then, the US is a failed hegemon that can only hold onto power by destroying Russia in its death throes.

We have seen American military aircraft deployed to Estonia, and a full-blown attempt by the US under Trump to move against Belarus despite overt denials. Belarus has been the “golden fleece” of nations targeted by Trump’s real backers.

The real moves against Russia have been the cancelled treaties. The most threatening of all is the Intermediate Range Nuclear Forces Treaty of 1987.

Without the Open Skies Treaty, the theory of Mutually Assured Destruction (MAD) is not realistic. Were one to assume Trump represents a nihilistic cabal intent on an agenda of global entropy, which evidence from the last four years supports, the pattern of scrapped treaties begins to make sense.

It does not take a genius to see these key factors here:

“There is no more “end of history” optimism in the air, nor is there a sense of durable US hegemony either that seemed so permanent in the 1990s. Unfortunately, history tells us that such shifts in the global balance of power are fraught with danger, as the fading hegemon has an incentive to resort to extreme, reckless measures to preserve that hegemony. What makes the current situation unprecedented is this being the first hegemonic transition of the nuclear age. In the past, nuclear deterrence existed only in the context of relatively stable bipolar and then unipolar systems. Does nuclear deterrence mutually assured destruction still work under conditions of a multipolar system experiencing a hegemonic transition?

International relations theory has no answer to that question, but the US national security establishment appears to think that it doesn’t, particularly in an era of emerging technologies like artificial intelligence, drone and missile swarms, hypersonic delivery vehicles, and possibly even directed energy weapons. Crash US programs in developing all of the above, far beyond anything that might be termed reasonable defensive sufficiency under conditions of the US spending far more on defense than anyone else in the world, do raise the possibility of long-term plans to prevail in the new round of great power competition through not only covert action and “hybrid warfare”, but also, if an opportunity arises, through good old fashioned strategic first strike which need no longer be delivered using nuclear weapons.

The point of Cold War-era nuclear arms treaties was not to limit the number of nuclear warheads for its own sake. Rather, it was to deprive the two superpowers of their ability to launch a disarming and decapitating strike which, given technologies of the era, could only be launched using nuclear weapons. That is still the case today, but may not be by 2030 should the US complete its planned rearmament with a large array of land-, air-, and sea-based long-range stealthy and hypersonic weapons. Even the US Army, with its plans for “1,000-mile cannon” is once again getting into the game of strategic strike, to speak nothing of land-based hypersonic missiles. And strategic strike using non-nuclear warheads is a novel scenario in which the old “mutually assured destruction” calculations may not apply. Combined with the explosive growth of US anti-ballistic missile programs, if the rest of the world stands still, by 2030 US decisionmakers might find themselves tempted to launch such a strategic strike against even a major nuclear weapons state like Russia or China, to say nothing of mid-level powers like Iran or North Korea, particularly if they have no nuclear deterrent to begin with.”

Thus, we are faced with an assessment challenge, do we accept the superficial rhetoric of social media and the press, assumed safely to be agenda driven, and ignore overwhelming evidence that tells us we are in dangerous times?

Do we assume that the powers that unleashed Hitler against Russia in 1941 not only exist but rule the west? Do we also assume that they consider their work unfinished?

Trump Preparing For War With Russia While USA Burns?

Trump Preparing For War With Russia While USA Burns?