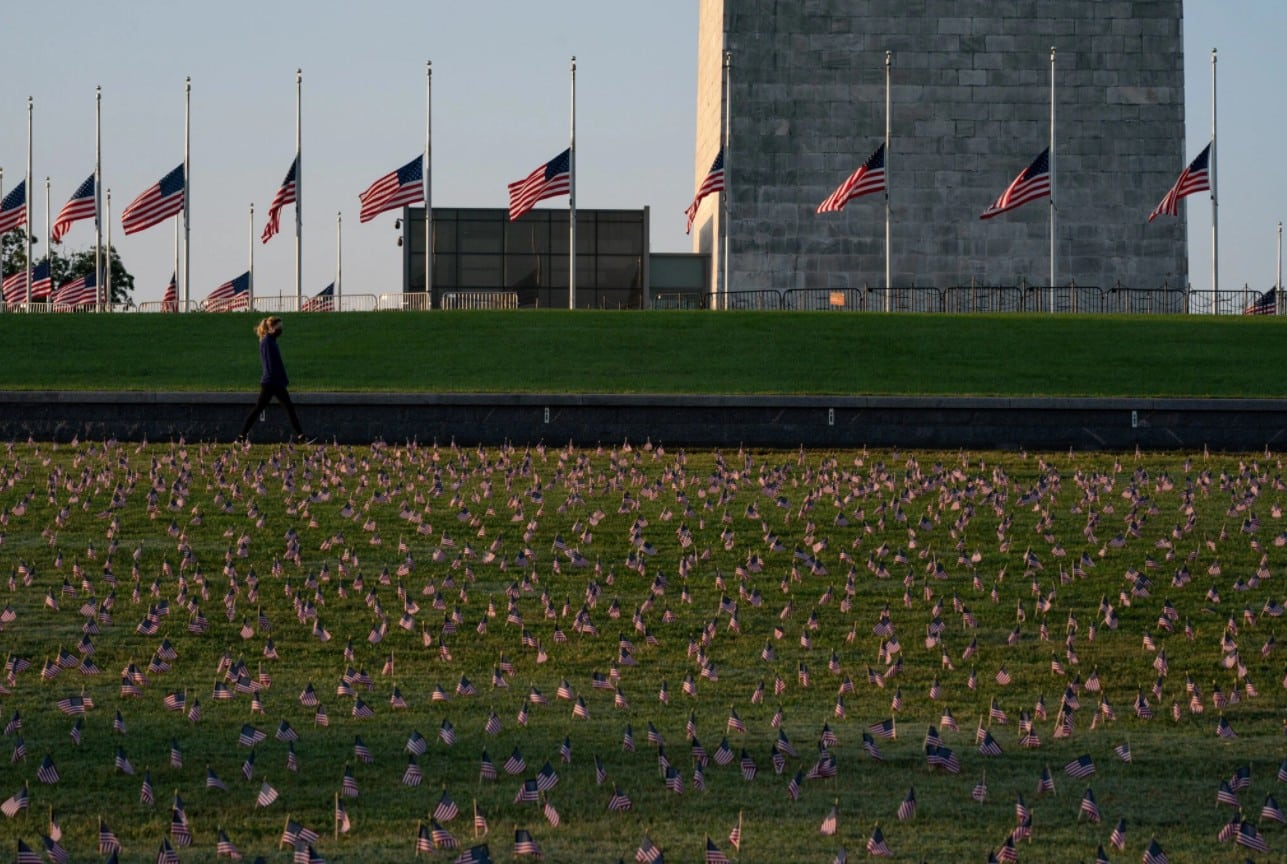 This means those who were “easy pickings” are gone and of the general population who aren’t significantly compromised, a broad culling of over 4 percent of those who test positive are certain to die with a similar number, always much younger, suffering longterm or permanent disability.

The total is just under 10% of all positive tests, dead and disabled.

What is being kept secret is the percentages hospitalized and their outcomes.

NY Times: The staggering toll comes as the pandemic spreads to places that had been spared early on.

The death toll in the United States from the coronavirus pandemic is 200,087, according to a New York Times database.

Here’s what you need to know:

The death toll in the United States from the coronavirus pandemic passed 200,000 on Tuesday as the first day of fall brought questions about what may be ahead.

More deaths have been announced in the United States than in any other country, and reports of new coronavirus cases have climbed in the U.S. and parts of Europe in recent days, suggesting an uncertain new phase in the crisis.

But even as the toll has gone from hazy estimates to cold realities, the sheer scale has remained hard to grasp. More than 200,000 dead is such an enormous loss — nearly two and a half times the number of U.S. service members to die in battle in the Vietnam and Korean Wars — obscuring the accretion of individual tragedies: a hard-working single mother, a Hall of Fame pitcher, a D-Day veteran, an inseparable couple and a picket line troubadour.