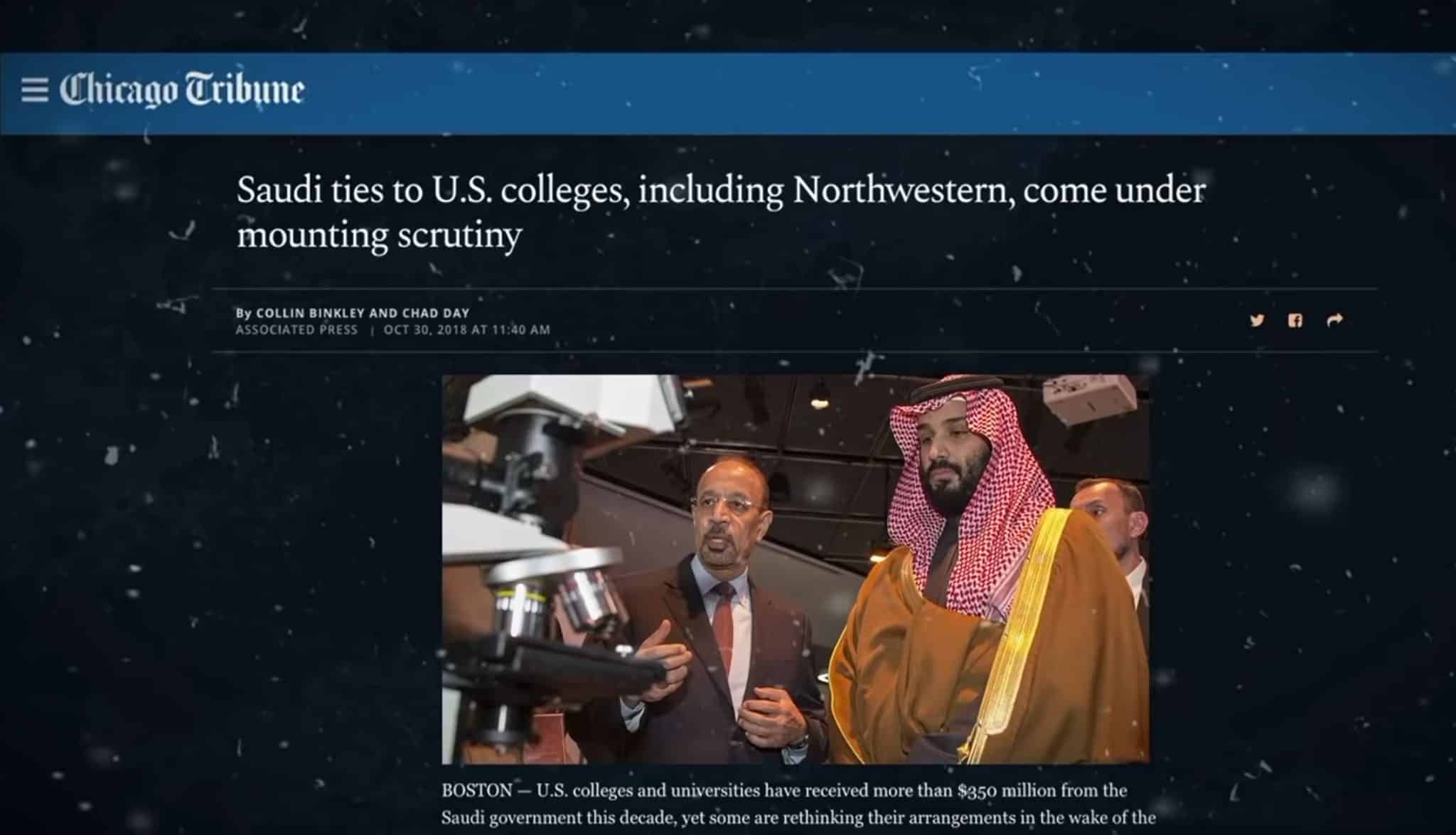 VT: The single biggest violator, Israel, is totally left out of this film

While COVID-19 has disrupted many of the routines of normal life, many high school students will be returning to find the same college admissions milestones placed in front of them, with the due date for Early Decision/Early Action applications ranging from November 1st to November 15th, as per normal.

Before applying, however, students might want to watch a new film produced by the Clarion Project, Covert Cash which provides stunning information that might not be readily available to the American public about the foreign funding that has gone into shaping the education offered by our nation’s top universities.

Last spring, many newspapers reported on the arrest of Charles Lieber, the former head of Harvard’s Chemistry and Chemical Biology Department, for giving false information about the Thousand Talents Program, an alleged scheme by the Chinese government to recruit the world’s top scientific minds for their own profit and espionage.

The New York Post recently reported on the failure on the part of various top universities in the US to report the funding they receive from foreign government and world powers. Foreign Funding discusses which countries are not only paying American Universities to spread positively-spun misinformation about their governments, but also exposes which countries are stealing leading scientific research from American scholars.

American Universities are becoming positive public-relations representatives of oppressive regimes like the Chinese and Saudi Governments because of the large amounts of funding they receive from them.

The Clarion Project is a foundation whose main endeavor is to eradicate extremist ideology from all sources, including White Supremacism, Islamic Extremism, and Communism. Ryan Mauro serves as their Shillman Fellow and National Security Analyst.

He can discuss the Clarion Project’s film Covert Cash, and how it shines a light on collusion between our top universities and foreign governments. Ryan is based in Florida but can be interviewed over skype, telephone, or from the studio in his own home. Please find a link to the movie online here.