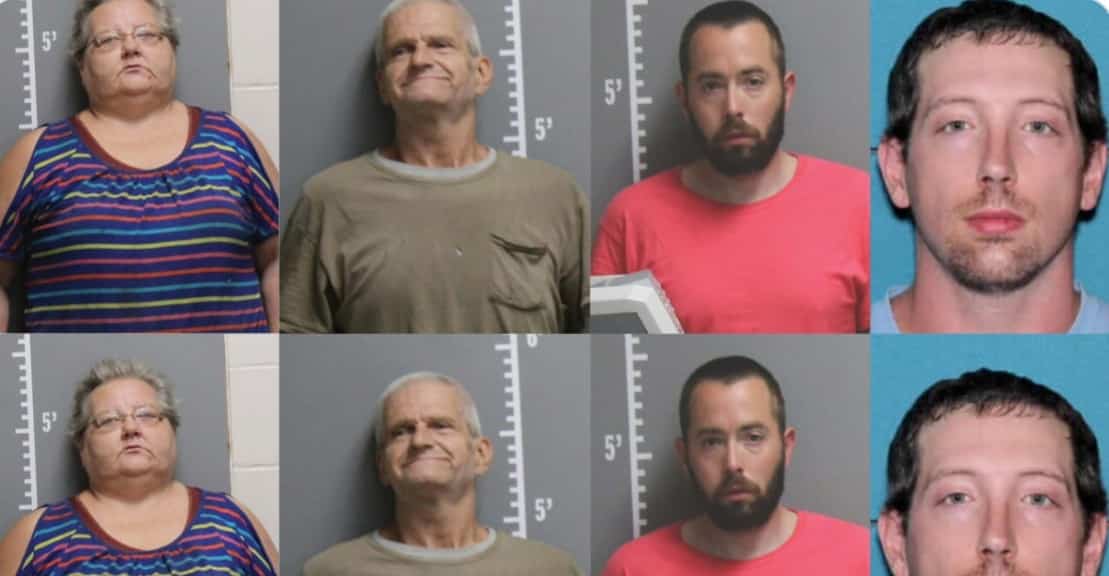 VT: There is much that isn’t being told here in this two week old murder case.  Yes, they have now arrested 4 ‘ever-Trumpsters’ in the killing but the story is being suppressed.

Police announced this was not a race crime because one of the 4 knew the victim.  We know otherwise and would like to take a strong look at local police and their relationship with the killers, more than one of whom are police informants.

4 people have been charged after a Black man's body was found burning in an Iowa ditch https://t.co/bWLIIs7eTI Definitely not a race crime. They have tons of noose hanging, hate group, Ozark trash at Union Pacific! Aryan nation corporation. pic.twitter.com/4M4yTxa5iR

The body was burned to hide evidence of a lynching and ritutal Klan-Qanon castration.

A Black man named Michael Williams, 44, was found dead, burned, and possibly lynched in a ditch in Kellogg, Iowa, last week. His body was still burning when authorities found him. Something needs to change. And somebody fucking knows something. https://t.co/iGH01pmmLg

Daily Beast: Four people have been charged in connection with the death of Michael Williams, a 41-year-old Black man whose burning body was found in a ditch last week, Iowa authorities announced Tuesday.

I feel like the fact a black man was found BURNING IN A DITCH IN IOWA SHOULD BE A MUCH BIGGER STORY THAN IT CURRENTLY IS https://t.co/GWNuppthJL

Officers said they believe Williams was strangled on Sept. 12, and his death was “not a random act of violence,” as he’d known at least one of the suspects for years.

Black man burning in a ditch in a suspected hate crime a day ago in Iowa. Nearby college decided to cancel classes and focus on racial justice. Is it normal that this is still only local news? It’ll be national soon though, right? (Still new to the US.)

The Iowa Division of Criminal Investigation said four suspects—Steven Vogel, 31, Julia Cox, 55, Roy Garner, 57, and Cody Johnson, 29—have been charged in connection with Williams’ death. Vogel, who is described as a “known acquaintance” of Williams, has been charged with first-degree murder and abuse of a corpse, while the other three face charges for abuse of corpse, destruction of evidence, and accessory after the fact. All four individuals are currently in police custody.

“Michael was killed in Grinnell on or about on Sept. 12, 2020. Michael’s body was then wrapped in cloth, plastic, and carpet, which was secured to him by rope and duct tape. He was then taken to rural Kellogg on the afternoon of Sept. 16, where he was set ablaze,” Iowa DCI Special Agent Adam DeCamp said during a Tuesday press conference announcing the charges. He added that “no evidence has been found to show the acts against Michael Williams were motivated by his race.”  read more…

Four people have been charged in connection with the death of Michael Williams, a 41-year-old Black man whose burning body was found in a ditch last week. Officers said his death was “not a random act of violence.” https://t.co/5zufBixayB