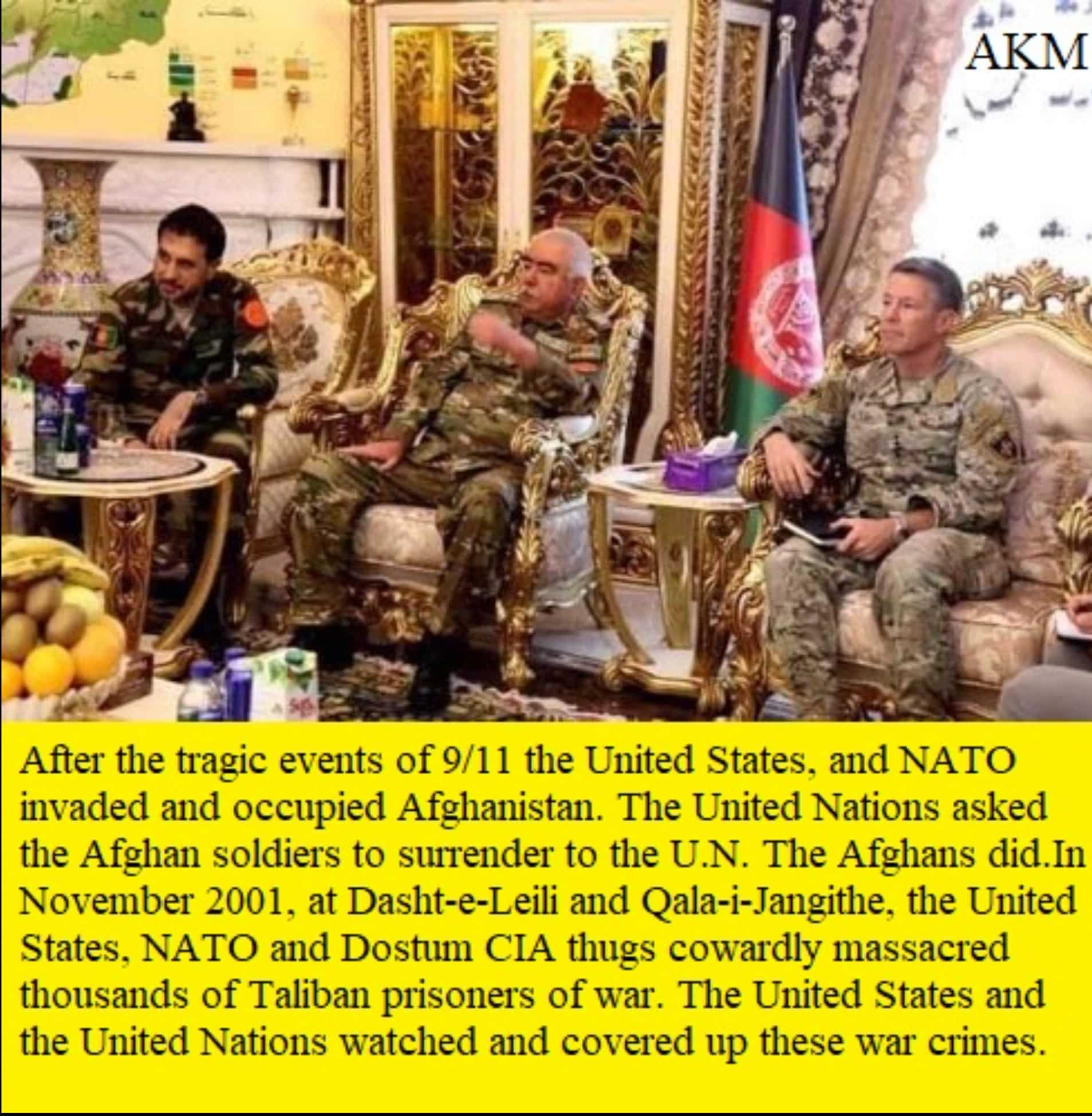 Rep. Stephen F. Lynch, the Chairman of the Subcommittee on National Security,

Pursuant to the agreement executed on February 29, 2020 by the United States and the Taliban, a key requisite was an “Intra -Afghan” meeting for peace. However, the meeting presently being held in Qatar is not an “Intra-Afghan” meeting. Conversely, it appears that these talks are dominated by documented war criminals, war profiteer intelligence agents and the aforementioned group’s offspring.

Once again, absent from both sides of the table are Afghan intellectuals, Afghan villagers including women and others from the Afghan majority, who have not profited from the past 40 years of war.

Foreign intelligence, such as Pakistan’s ISI, India’s RAW, the United States’ CIA, Great Britain’s MI-6 and Israel’s Mossad have controlled who is invited to participate in these talks. Unfortunately, it appears that these talks are just a farcical show put on during a U.S. election year.

By having the talks solely dominated by those participants, some who caused and many who profited from the decades of war, it appears that there is not a genuine intent for peace but only the continued greed and ethnic divide and conquer policy at play.

The past forty years have shown that the ethnic divide and conquer policy does not work as Afghans will not accept foreign or proxy rule.

As evidenced by the composition of the Qatar talks, it is apparent that war profiteers are pushing for the continued ethnic divide and conquer policy, as foreign interests and neighbors use Afghans for their own proxy wars.

At these talks. Fawzia Koofi, who comes from a family of documented drug traffickers and have also allegedly been involved in the sex trafficking of Afghan children, has been invited to represent her family.

Habiba Sarabi, an Afghan woman, who is a war profiteer, was invited. She is a gatekeeper for the Hazara warlord Karim Khalili, who in the 1990s committed war crimes against the Afghan women such as pounding nails in their heads.

Ahmad Nader Naderi, who is a CIA agent associated with Karim Agha Khan, is a participant. He has been alleged to be laundering money.

This is a small sample set of current participants, who clearly have their own personal and foreign interests at the forefront vis-à-vis Afghan peace.

These participants do not represent “an inclusive negotiating team of Afghans” as Zalmay Khalizad referenced at a recent U.S. Congressional hearing. Afghan villagers, the majority, especially Afghan women, are not represented at these Qatar talks. These talks are once again “exclusive” of the Afghan villagers.

The participants at the Qatar talks are not yearning for peace and unity; rather they yearn for a continued war and ethic division where they corruptly reap the power and excessive profits of war. They are representing the interests of themselves and their families, which interests are not aligned with those of the Afghan majority, the villagers.

There can be no peace in Afghanistan until the foreign troops leave Afghanistan. There can be no peace and freedom in Afghanistan as long as foreigners and neighbors are interfering in the sovereignty of Afghanistan. These participants and their families at the Qatar talks cannot bring the desired peace; these participants are the cause of the war and suffering of the Afghan people over the past four decades. The solution for peace in Afghanistan and the region is straightforward. Independent, educated Afghans both within and outside of Afghanistan whom have not benefited from the 40 years of violence must be included in Intra-Afghan talks as they are well positioned to act on the behalf of the common Afghan and act as a bridge between the various factions for peace in order to jump start the rehabilitation of the country.

I have worked for peace for four decades. I want true peace. But I do not see these Qatar talks, with the present participants, as a way to peace. It is just a farcical puppet show with the same performers.

1. Abdul Rashid Dostum is a documented war criminal. He was the subject of articles in the Time magazine and Newsweek. As reported in the Time on November 19, 2001, and in Newsweek, on November 5, 2001, Dostum and his group raped many Afghan women and children, “…Dostum’s marauders chopped off breasts and tied the toes of women behind their heads..” Instead of prosecuting this criminal, my U.S. government ignores his war crimes, supports and keeps him on the payroll. The United States government needs to follow the rule of law and international law. Instead it is covering up these war crimes and helping him commit new war crimes against the Afghan/Pashtun like recently in Faryab Province. In addition, the Afghan majority have not forgotten about the war crimes committed by Dostum against the Pashtun tribesmen in November 2001 at Dasht-e-Leili. Physicians for Human Rights and the New York Times have also extensively covered Abdul Rashid Dostum’s crimes: