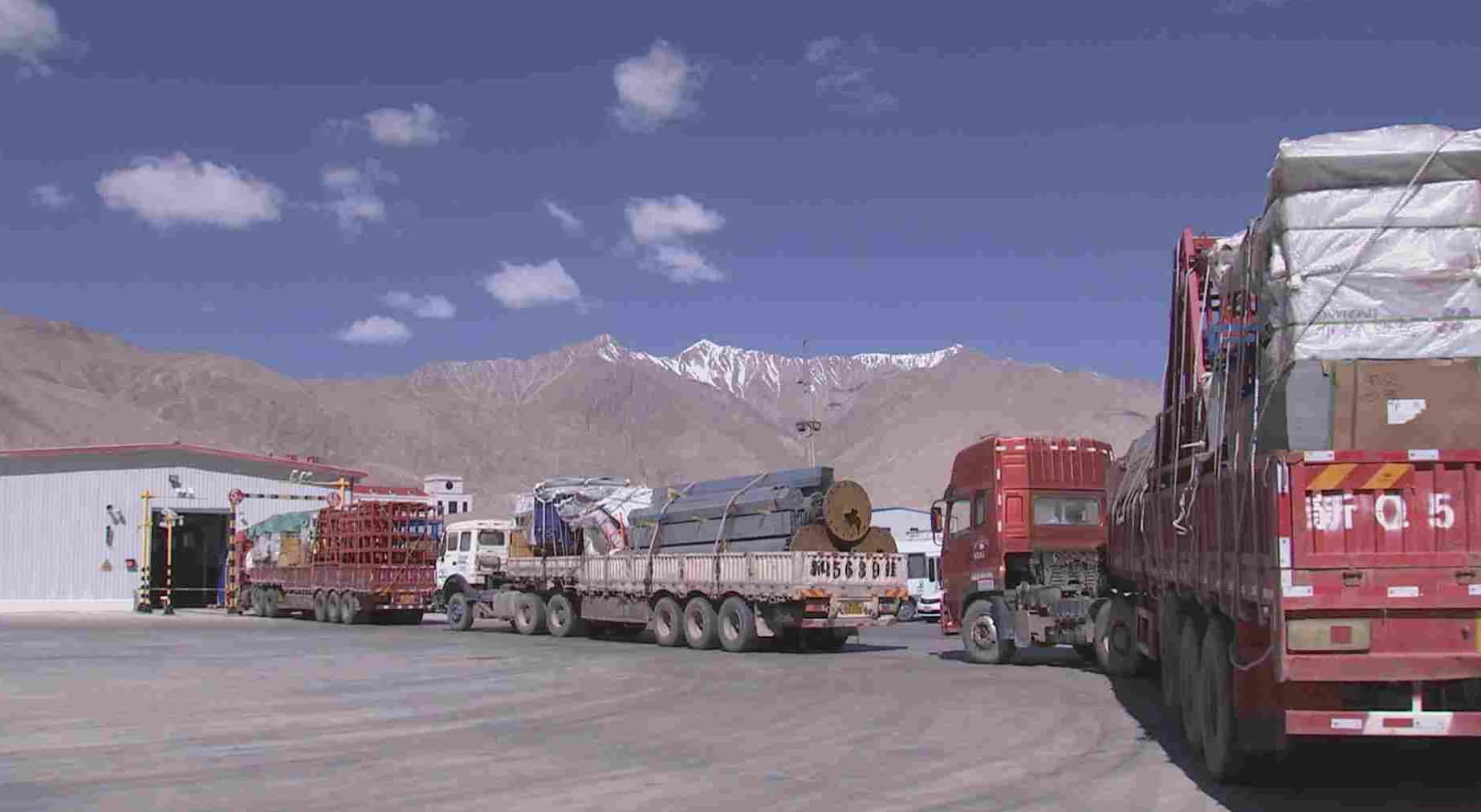 India was openly opposing the CPEC-OBOR or BRI; the US also joined New Delhi. The then US Defence Secretary James Mattis told the Lawmakers, the United States has reiterated its support for India’s opposition to China’s One Belt, One Road Initiative

By Sajjad Shaukat for VT Pak

When during the regime of the President Gen. Pervez Musharraf, Pakistan initiated the construction of Gwadar deep-seaport in Balochistan province in March 2002 with Chinese assistance, sirens went off in the capitals of some European countries, especially the US, India and Israel which took it as a threat to their global and regional plans.

Located on the southwestern coast of Pakistan, Balochistan’s Gwadar seaport is close to the Strait of Hormuz from where more than 17 million barrels of oil passes every day. Its ideal location among South Asia, the oil-rich Middle East, and oil and gas-resourced Central Asia has further increased its strategic significance.

Besides, Balochistan’s abundant mineral resources irritate the eyes of the America, India and Israel which intend to destabilize Pakistan for their collective aims, as the latter is also the only nuclear country in the Islamic World. However, development in Pakistan’s province of Balochistan has shifted the gravity of the Great Game of Central Asia to Pakistan.

In this respect, China-Pakistan Economic Corridor (CPEC) which is part of China’s One Belt, One Road (OBOR) or China’s Belt and Road Initiative (BRI) is rapidly developing. CPEC will prove to be a gateway to prosperity for both countries as well as the region.

Under the project, China is investing as much as $62 billion in various sectors in Pakistan in a phased manner. Investments under the CPEC in the infrastructure and implementation of various related projects intensified the pace of economic growth of Pakistan which will provide a greater boost to the fragile economy of the country.

In this regard, the Executive Committee of the National Economic Council (ECNEC) on August 5, this year approved the up-gradation of existing Mainline-1 (ML-1), the 1,872 kilometre railway project from Peshawar to Karachi, including the establishment of a dry port near Havelian and upgrading Walton Academy.

The project was approved at the rationalised cost of US$6,806.783 million, on cost sharing basis between the governments of China and Pakistan.

The project would be completed by June 2023, and it is expected to enhance Pakistan’s global ranking in cross border trade related indicators. It would also serve as the integration point bridging cargo/logistics systems and other trade related processes.

Besides, under CPEC, energy projects made progress in 2019-20. The two energy sector projects-the Engro Thar Power and Mine project (660 MW) and HUBCO Coal Power Project (1320 MW) were commissioned on July10, 2019 and August 14, 2019 respectively. As a result, ground-breaking ceremony of Gwadar 300 MW Coal Power project was held on November 4, 2019. So, the first phase of the construction of the CPEC was very successful, while 22 major energy and transportation infrastructure projects having been put into operation.

Regarding the CPEC project, Prime Minister Imran Khan and Chief of Army Staff General Qamar Javed Bajwa are keen to see implementation of CPEC projects on a priority basis. Hence, the work on projects continued even during Covid-19 restrictions. However, with the successful experience in the first stage, Islamabad has already given approval to the establishment of 10 special economic zones in the four provinces.

CPEC will open new doors of development relating to various fields, as the national economy of the country will grow fast, leading to creation of new job opportunities, poverty reduction, and development of transportation sector, boost industrial growth and exports. The other areas of the project include industrial parks, agricultural development, tourism, financial cooperation, improvement in municipal infrastructure, education, public health and people-to people communication. The energy sector has been assigned top priority to help Islamabad overcome energy shortages.

And Gwadar Port Project is the central point of Pak-China strategic partnership with its strategic location and potential for becoming the future economic and energy hub.

Nevertheless, the establishment of CPEC between deep Gwadar seaport of Balochistan and the historic Silk Road city in western regions-Xinjiang of China will connect Gilgit-Baltistan through Khunjerab Pass. Beijing would also build an international airport at Gwadar, while the roads infrastructure in Gwadar would link the communication network of rest of the country to facilitate transportation of goods.

When the Gwadar seaport becomes fully operational, it would connect the landlocked Central Asian states with rest of the world. Being the commercial hub, the port is likely to increase volume of trade, bringing multiple economic and financial benefits to Pakistan. It will enable high-volume cargo vessels to move in the major oceans, giving China short and easy access to the Persian Gulf and the Indian Ocean.

India was openly opposing the CPEC-OBOR or BRI; the US also joined New Delhi. In this context, on October 3, 2017, the then US Defence Secretary James Mattis told the Lawmakers, “The United States has reiterated its support for India’s opposition to China’s One Belt, One Road initiative…the China-Pakistan Economic Corridor (CPEC) a part of which traverses Pakistan-Kashmir.”

Islamabad strongly rejected the statement from the American defence chief that the multibillion-dollar road and rail network CPEC will pass through a disputed territory of Kashmir, urging the international community to focus on blatant human rights violations and ‘heinous crimes’ committed by Indian occupation forces in the Indian Occupied Kashmir (IOK), and reminded that America that Washington had also participated in an OBOR summit.

Earlier, a statement from the Chinese foreign ministry also dismissed Mattis’ statement, saying that the OBOR plan was backed by the United Nations and that CPEC was an economic cooperation initiative. Beijing has also clarified Indian concerns on the CPEC or OBOR. But, apart from the US, India is particularly opposing the CPEC as part of the anti-Pakistan and anti-China approach.

In this respect, besides America and India, some western countries, including their media have started hostile propaganda against the CPEC.

In this connection, the Chinese Consul General in Karachi, Li Bijian stated on September 8, 2020: “China-Pakistan Economic Corridor will continue to grow and expand despite the negative propaganda by certain countries as it is flagship project of “One Belt and One Road Initiative” of China”.

A day after a controversial interview of a key government adviser cast doubts over future of the China-CPEC project, Chief of Army Staff General Qamar Javed Bajwa met the Chinese ambassador in the General Headquarters (GHQ) in Rawalpindi on September 12, this year and assured him that the CPEC is Pakistan’s economic future and its security will not be compromised. The meeting came against the backdrop of a recent report by Financial Times which quoted the Prime Minister’s Adviser on Textile and Commerce Abdul Razzak Daud as saying that the newly formed federal government might revisit the CPEC projects.

Nonetheless, the Chinese government has dismissed the criticism as western propaganda,  and has insisted that the CPEC will equally benefit Pakistan.

At this juncture, the media of China and Pakistan must counter the hostile propaganda of the US-led countries against the CPEC, as they do not want to see development and prosperity in Pakistan and China, including the entire region.