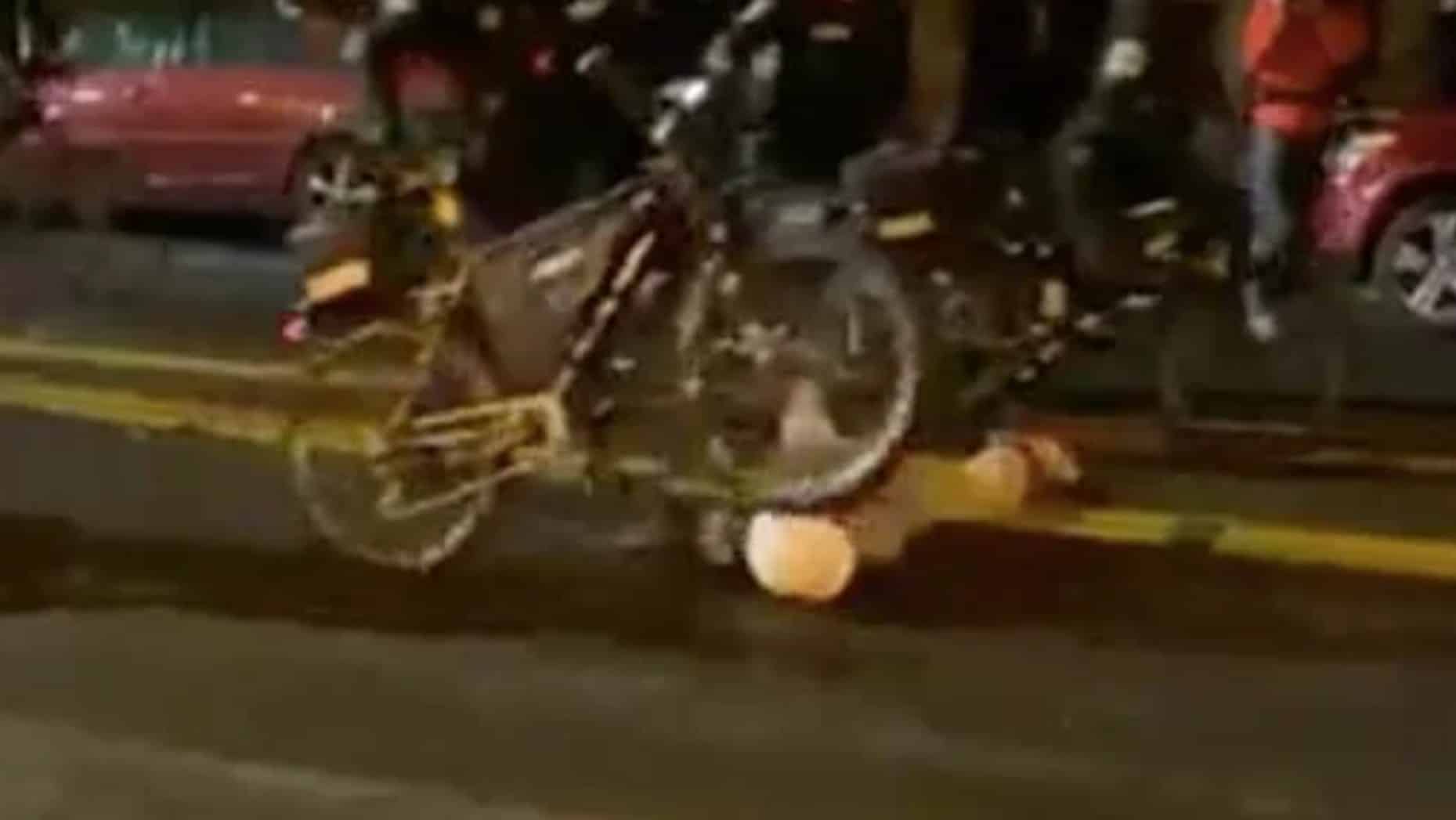 VT: The key incident isn’t the bicycle incident. No one was hurt by this. A cop ran his bike over the head of an off duty officer, one of dozens among the protesters.  Below, you will see one.  The real video is the one below, the fake baseball bat to the head, staged for a far better quality video.

Antifa in Seattle attempted to murder a police officer by hitting his head with a metal baseball bat as the Black Lives Matter mob surrounded him. This video was deleted. pic.twitter.com/DoBl5IiDIa

What we do know is this, the group the FBI told congress is a right wing threat to the US isn’t the Three Percenters or some backwoods militia.  It’s an organization of hundreds of sheriff departments, some, not all, recruited by Israeli intelligence but others under a network run through the Departments of Justice and Homeland Security who, under Barr and Wolfe, are totally not just politicized but entirely dedicated to civil war and the destruction of the United States.

What you are seeing in the runup to the election, the Breonna outrage, these staged incidents, it is only going to get worse and worse.

Daily Beast: The Seattle Police Department is investigating after a video showed one of its cops rolling a bike over the head and neck of a fallen protester at Wednesday night’s Breonna Taylor demonstrations.

Police bicycle pushed over man’s neck as he lies on the ground at Breonna Taylor protest in Seattle. https://t.co/zzsFffiTBp pic.twitter.com/SGTGjXaTiG

Protests erupted in the city in response to officers in Louisville, Kentucky, not being charged for fatally shooting the 26-year-old Black woman. The SPD confirmed in a statement that 13 people were arrested at the Seattle demonstrations and complained that multiple officers had been injured, including one who was struck in the head with a baseball bat.

However, the shocking video, which appears to show an SPD officer rolling his bicycle over the head of an already-injured man, has been widely condemned on social media. The anger led the department to comment: “The Seattle Police Department is aware of a video circulating on the internet that apparently shows an SPD bike officer’s bike rolling over the head of an individual laying in the street. This matter will be referred to the Office of Police Accountability for further investigation.”

The clip originated from a Facebook Live broadcast from CJ Halliburton, who describes himself as an independent journalist; he recorded the unrest in Seattle throughout the night.

The key part of the video shows a line of cops advancing on protesters. One, who is not cycling but pushing his bike by its handlebars, appears to slowly walk toward the man who is flat on the ground. The cop rolls the bicycle over the man’s head, with the back wheel appearing to go over his neck.

The same officer then appears to bash a second protester with his bike. Two other officers then kneel down next to the fallen man before the scene becomes obscured by the line of advancing cops.