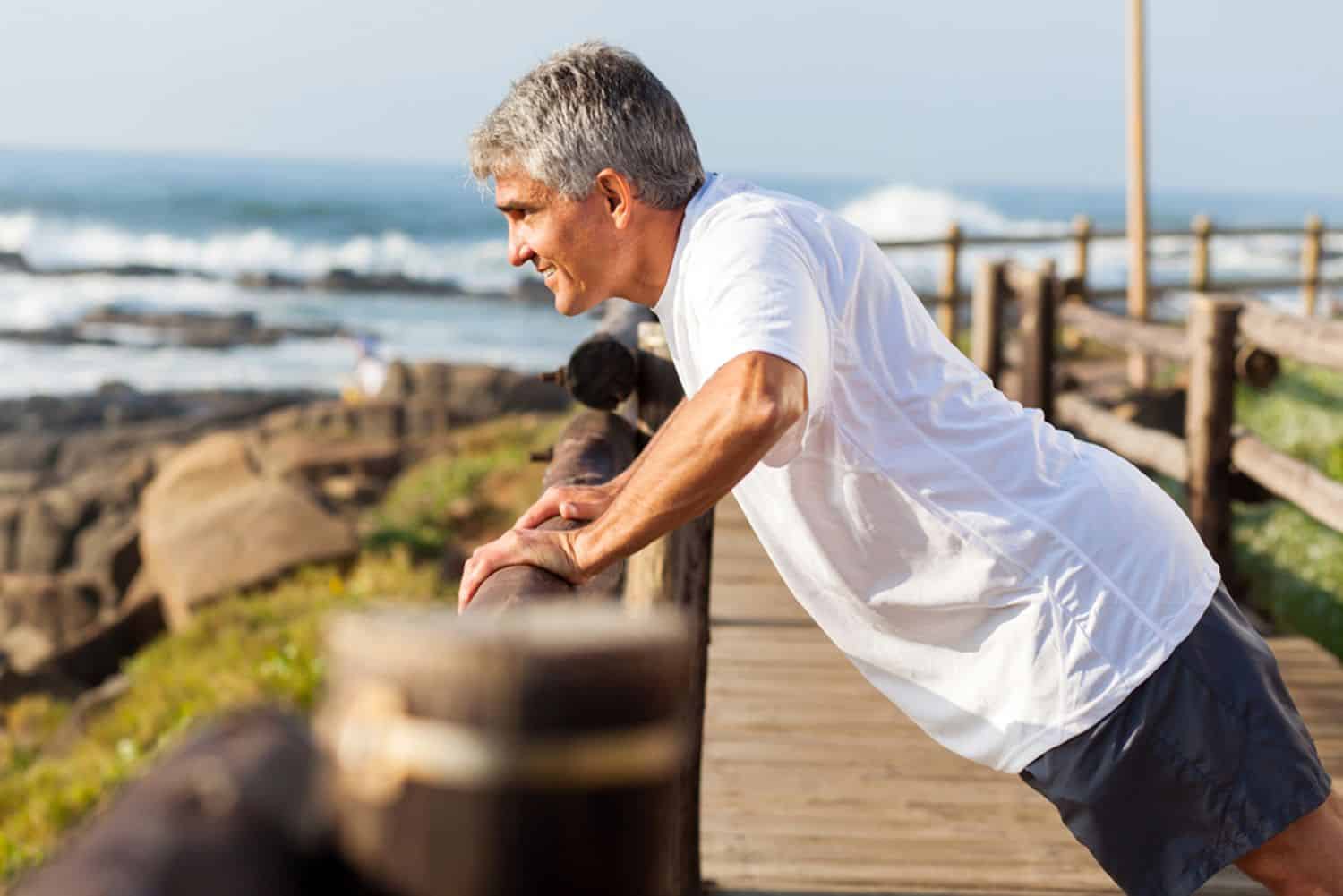 Most older adults experience age-related muscle loss. Doctors call this condition sarcopenia _, _, and present you with the risk of chronic disease. Fortunately, you can protect yourself from serious consequences with effective and safe means. These natural therapies can help you build muscle and fight sarcopenia.

Build muscle mass through amino acid metabolism. But this process is not easy. Several factors play a role, including hormone stage, diet, and genetics.

The most important factor is the net protein balance. You need to make more muscle protein than is broken down.

Building muscle after age 50 is difficult, and muscle degrades faster with age. These changes guide to a phenomenon called anabolic resistance. Overcoming anabolic resistance requires a lot of effort and a better diet, but you can gain muscle at any age.

Sarcopenia can affect up to 29 percent of people living in the community, according to a 2014 report published in Age and Aging. Unsurprisingly, these numbers are rising for people living in hospitals and people in need of long-term care.

The decrease in muscle mass in most people begins at the age of 40, but in women and men, the permanent decrease occurs in different ways. Sex also affects the prevalence of sarcopenia; women are 20% more likely to develop this condition.

Managing sarcopenia costs the healthcare system billions of dollars. A 2017 article in Nutrition and Dietetics showed that hospital admission with a diagnosis of sarcopenia significantly increases the cost of your stay. It also increases the risk of complications during treatment.

Sarcopenia has more symptoms than just muscle wasting. The loss of aging muscle fibers also causes a decrease in strength, muscle strength and power. Under these conditions, it is difficult to restore muscle tone after 50 years, and symptoms extend beyond the muscles.

For example, people with sarcopenia often have cognitive impairments. They are also at risk of mental decline. And sarcopenia can be associated with signs of depression and dementia.

Researchers have also identified many biomarkers for sarcopenia, including chemicals involved in development, immunity, and growth. No chemicals cause sarcopenia. Instead, there is a dramatic shift from stimulating muscle growth to suppressing muscle growth. The reasons for this change remain unknown, but you can better your biomarkers.

Older adults often have multiple co-diagnoses, including sarcopenia. They also have a higher risk of disability, hospitalization, and even death. Osteoporosis, diabetes, and obesity are often associated with sarcopenia.

These consequences affect not only the patient but also the society. It takes 1.5% of all health care resources in the United States to treat this condition. A concomitant diagnosis such as diabetes would significantly increase the medical burden of sarcopenia.

Sarcopenia is easier to manage than other diseases of older age. This is because there are many ways to combat age-related muscle loss. Some methods, such as using anabolic steroids, have dangerous side effects. Others, like creatine supplements, have unexpected consequences. Even natural methods such as exercising can cause serious injury. Loss of muscle mass can also be caused by fatal diseases.

So check with your doctor before trying to build muscle. I can help you plan a safe course of action. You can also find the root cause, regardless of your age. Early diagnosis will increase the effectiveness of any treatment.

Many athletes take protein supplements to construct strength and muscle. These supplements, when consumed in the right amount, can facilitate bodybuilding over the age of 50. Manufacturers now provide protein powder in a variety of delicious flavors.

The treatment group consumed additional protein twice daily with meals for six months. The control group took a placebo at this time. Compared to the control group, at the end of the study, the experimental group had higher muscle mass.

The exact mechanisms causing sarcopenia remain unknown, but age-related vitamin deficiencies may play a role. For example, people of all ages suffer from vitamin D deficiency. However, older adults are especially vulnerable to its long-term consequences, such as premature death. A 2013 article in the Journal of Clinical Endocrinology and Metabolism analyzed the impact of correcting this deficit.

Electromyostimulation is becoming an increasingly popular way to combat muscle wasting. Doctors usually use electrical stimulation on younger, healthier people who need rehabilitation. A 2013 article in Clinical Interventions in Aging wanted to test its effectiveness in older adults.

The researchers tested older women who were unwilling or unable to exercise. During the year, participants received an 18-minute full-body stimulation three times every two weeks. Compared to the placebo, this treatment increased lean body mass and decreased fat mass. It also resulted in increased muscle power.

Vibration therapy offers a new way to stimulate muscles without exercise. Both electrical microstimulation and vibration therapy have been proven to be effective in treating patients with spinal cord injuries.

Their combination produces stronger effects, so they seem to work through different mechanisms. This finding also suggests that vibration therapy may help in cases where electrical muscle stimulation does not help. A 2013 report from the Archives of Physical Medicine and Rehabilitation analyzed the effects of vibration therapy on older men.

Participants performed simple leg exercises for 40 minutes while sitting on a vibrating platform. They did these exercises three times a week for a year. Compared to the control group, the subjects receiving vibration therapy experienced an increase in the mass and strength of the thigh muscles. After this intervention, they returned to normal life. A follow-up test a year later showed that the benefits of shaking had disappeared.

Supplementation and resistance exercise seems to work through different mechanisms, so a combination of treatments should have a stronger effect. In a 2015 article in the American Journal of Clinical Nutrition, this hypothesis was tested in older women and obese men.

All subjects lost weight and fat. Compared to the placebo, the treatment group retained muscle mass during the challenging protocol, indicating that older adults could lose weight and avoid sarcopenia.