Hossein Dehqan, who is a former defense minister and current advisor to the Supreme Leader of Iran, has spoken out to warn the United States that if it acts against Iran, it will receive a decisive response and that the Americans should not twist the lion’s tail.

Mr. Dehqan said that Trump is “an anarchist. He’s ready to wreak havoc on his own society. And he’s an anarchist in every sense of the word.” Well, I often agree with people in Tehran about these things, but in this case, I have to differ with Mr. Hossein Dehqan, because calling Donald Trump an anarchist is an insult to anarchists. Anarchism is an honorable political philosophy that does include a minority of crazy bomb throwers and idiots like Trump, but the theoreticians of anarchism, people like Leo Tolstoy and Mikhail Bakunin and so on, are actually quite respectable. And many would argue that they won their debates with the communists back in the 19th century.

So don’t call Trump an anarchist. Call him a madman, because that’s what he is. He is psychologically unhinged, and thousands of mental health professionals have gone on record making that point. So Trump is pushing the madman theory of power way past its limits. President Nixon created the madman theory of American power. He and Henry Kissinger hatched a scheme to convince the North Vietnamese that Nixon was a madman and he might drop nuclear weapons on them, so they should surrender.

Well, we all know how well that worked. Nixon tried to play the madman and he was fairly convincing in certain respects. But Trump is more like a method actor who just completely gets into his role, so much that I don’t think he knows the difference between his madman role and any other role he might play in life. The guy really is over the top. He’s an extreme narcissist, completely deficient in reality testing, doesn’t know the difference between truth and lies. So you can’t really call him a liar. Most other American politicians are worse liars than Trump. Because Trump is so crazy, he can’t tell the difference, and in fact he blurts out the truth far more often than most American politicians do.

So Trump is a lunatic and his speech to the United Nations that Mr. Dehqan was referring to or responding to is a perfect demonstration of Trump’s absolute lunacy.

In that speech, Trump rambled on, screaming about the “evil Chinese” who were responsible for COVID. And he bragged in an extremely megalomaniacal fashion that the United States is doing the most, the biggest and best mobilization since the Second World War, and we’re producing all these ventilators (which of course are killing people). And we will distribute a vaccine and defeat the virus and so on. He’s making it sound like the United States is heroically succeeding against COVID, when in fact it’s the biggest disaster in the entire world, thanks to Trump. 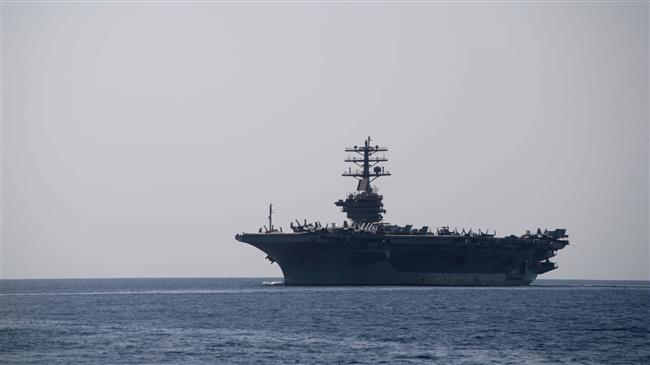 A US aircraft carrier has sailed through the Strait of Hormuz and enters into the waters of the Persian Gulf, as Washington has threatened to illegally extend an expiring arms embargo on Iran.

Trump is trying to lay all the blame at the feet of China, just attacking China on every imaginable basis as well as several unimaginable ones. And then he goes on to rant and rave about how his insane hostility towards Iran, which is his payback to kosher nostra kingpins like Sheldon Adelson and Bibi Netanyahu, who hacked the voting machines in swing states and put him in office, that this is somehow also succeeding when it obviously isn’t.

Iran is not buckling under to Trump’s madman theory threats and his murderous killing of Iranians through sanctions, his murder of General Soleimani, who was lured to Baghdad on false pretenses of a peace plan and murdered in cold blood—and Trump is at the United Nations bragging about it. If there’s anybody who deserves to be dealt with that way, it’s Donald Trump, it’s not Gen Soleimani, and more and more Americans feel that way.

The entire country, at least everybody with an IQ over 100 and a 6th grade plus education, is tearing their hair out right now at the possibility that this madman, who has said that he will not accept the results of the elections, is going to carry out his threat and try to mobilize his heavily armed supporters (who fortunately are mostly morons) and turn the country into civil chaos after the upcoming non-election, which he says will go much better if there are no ballots. And then the outcome will be pre-determined and peaceful, he says. This man is nuts.

How could he ever have risen to a position of dog catcher in Podunk Iowa, much less President of the United States? It must be some kind of cosmic joke. 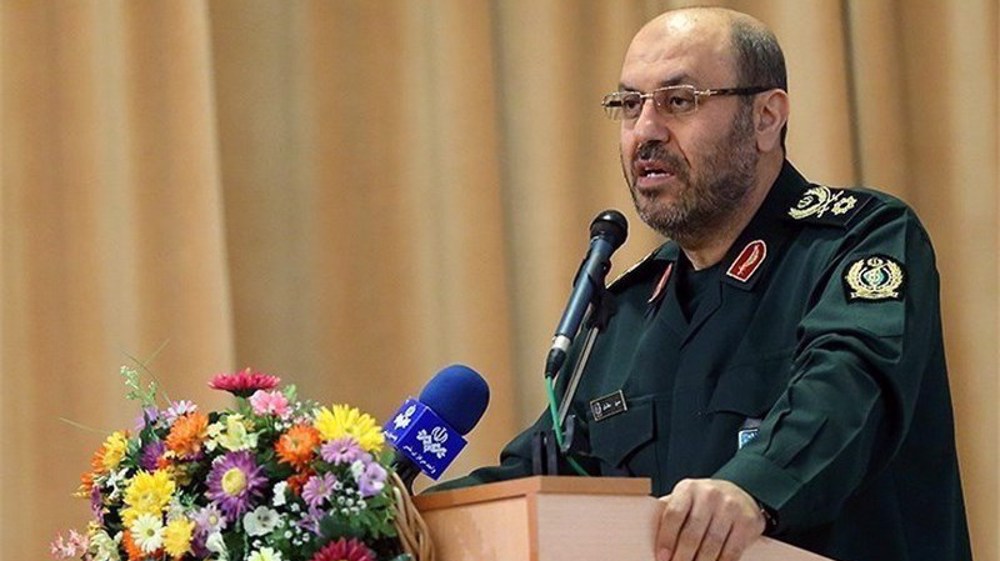 A military advisor to Leader of the Islamic Revolution Ayatollah Seyyed Ali Khamenei warns the US that any action against the Iranian nation will be met with a “decisive response.”