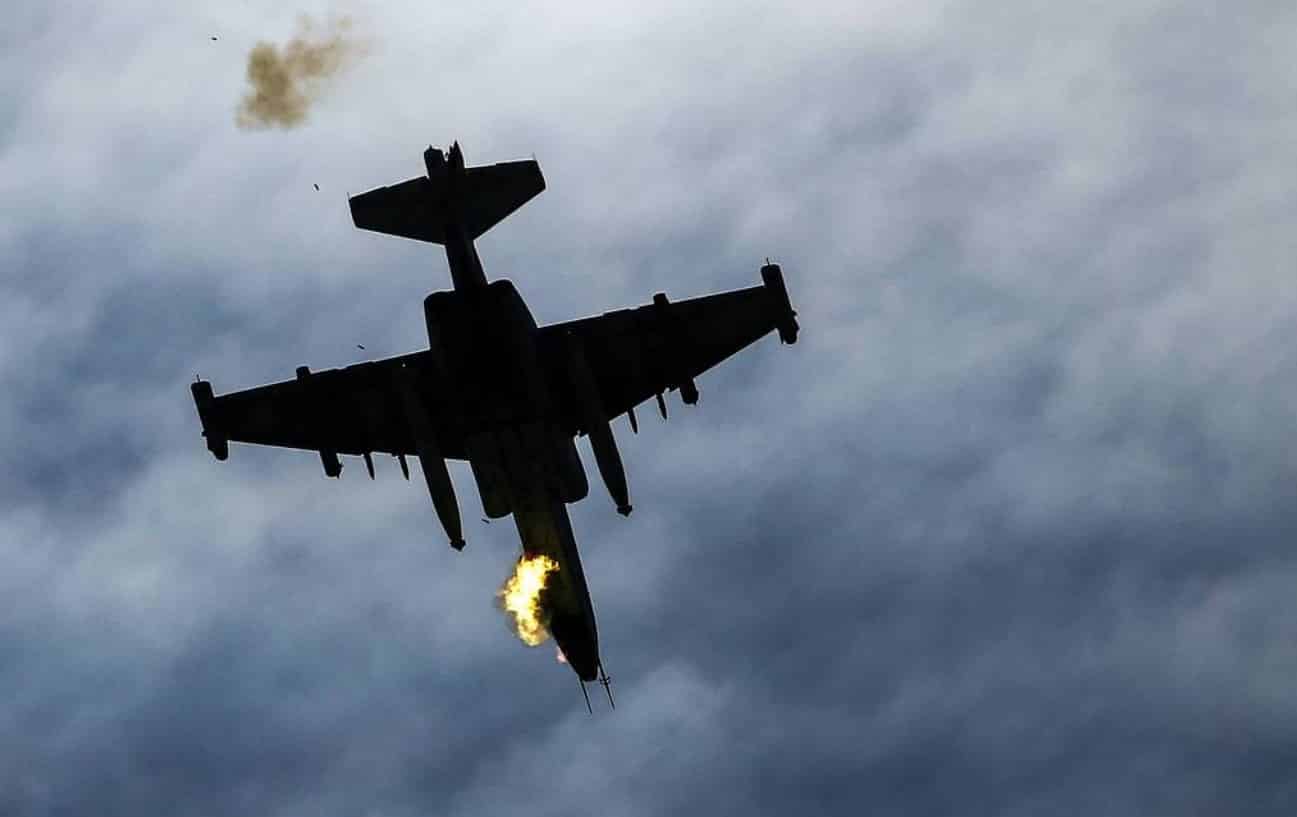 TASS, September 29. Turkey’s F-16 fighter shot down Armenia’s Sukhoi Su-25 from Azerbaijni territory, the Armenian Defense Ministry reported. The Turkish plane, while staying inside Azerbaijani airspace, was providing support for Azerbaijan’s forces on the ground delivering strikes against the Armenian city of Vardenis.

#Azerbaijan's army, backed by #Turkey and the #TSK, scores a direct hit on a #Russian air defence system in #Armenia. This comes as the conflict over #NagornoKarabagh has transformed into a direct war, with #Turkiye downing an Armenian #su25. #AzerbaijanIsNotAlone. pic.twitter.com/uL83608gsC

“At about 10:30 on Tuesday Turkish F-16 fighters took off from the airbase in Ganja to provide support for Azderbaijani forces’ strikes against the city of Vardenis and the villages of Mets Masrik and Sotk. A Turkish F-16 shot down a Sukhoi-25 of the Armenian Air Force, which was on a combat mission. The Turkish fighter was 60 kilometers inside Azerbaijan’s air space at an altitude of 8,200 meters,” the Armenian Defense Ministry said in a news release.

Looks like Russia has jumped head long against Turkey after Turkish F16 shot down a Armenian Su25 today killing its pilot pic.twitter.com/bX8vABNbnM

46) #Armenia #Azerbaijan clashes:#BREAKING: The #Armenian Ministry of Defense says a #Turkish F-16 from Ganja airbase (in Azerbaijan) shot down an #Armenian Su-25 fighter jet this morning, resulting in the death of the pilot.

Tensions over Nagorno-Karabakh surged on September 27. Combat clashes are underway in the disputed territory. Azerbaijan and Armenia have introduced martial law and declared mobilization. Both parties to the conflict report casualties, including civilian ones. Baku claims it has gained control of several villages and strategic heights in Nagorno-Karabakh. Yerevan says there have been bombardments of Armenia’s territory.

Baku and Yerevan have disputed sovereignty over Nagorno-Karabakh since February 1988, when the region declared secession from the Azerbaijani Soviet Socialist Republic. During the armed conflict of 1992-1994 Azerbaijan lost control of Nagorno-Karabakh and seven neighboring districts. “Any attack by Armenia on an Azerbaijani settlement is equal to an attack on a Turkish settlement. Turkey expects that the international community will not act hypocritically, will put an end to Armenia’s provocative outbursts and will support the just actions of Azerbaijan,” he said, according to Sabah newspaper.

Turkish Foreign Minister Mevlut Cavusoglu said earlier in the day that his country is ready to support Azerbaijan in the conflict both at the negotiating table and on the battlefield. “There is only one solution [to this problem]. Armenia will withdraw from Azerbaijani territories that it has occupied. This problem will not be resolved unless the withdrawal,” Anadolu news agency quoted him as saying.

The situation in Nagorno-Karabakh escalated on September 27; battles continue on the disputed territory. Both Azerbaijan and Armenia enacted martial law and declared mobilization. Baku claims control of several Karabakh settlements and strategic heights. Yerevan says territories beyond the disputed regions are being shelled as well.

The conflict between Armenia and Azerbaijan over the highland region of Nagorno-Karabakh, a disputed territory that had been part of Azerbaijan before the Soviet Union break-up, but primarily populated by ethnic Armenians, broke out in February 1988 after the Nagorno-Karabakh Autonomous Region announced its withdrawal from the Azerbaijan Soviet Socialist Republic. In 1992-1994, tensions boiled over and exploded into large-scale military action for control over the enclave and seven adjacent territories after Azerbaijan lost control of them. Talks on the Nagorno-Karabakh settlement have been ongoing since 1992 under the OSCE Minsk Group, led by its three co-chairs – Russia, France and the United States.