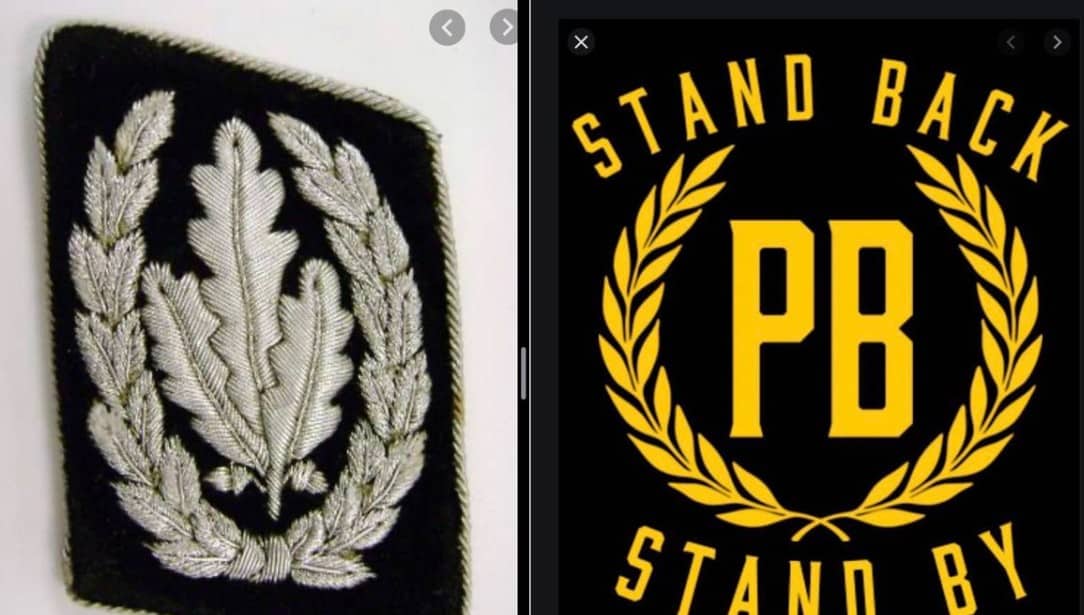 VT folks are gun folks.  We make guns, we sell guns and ammunition or rather Mike Chester does through Chet’s Firearms.  I talked to Mike last week about what is going on.

For those lucky enough, no supremacist gang members live near you.  For the very lucky, violent right wing gangs, not always white mind you, are seen only on TV.  For others, rural areas, lower class areas around Detroit, Toledo, Cleveland and Milwaukee, its a reality, behind that Trump sign on a lawn is an idiot with a gun.

Working closely with Nazis among local police, sometimes pretending to be Antifa, mostly out of boredom, these armed maniacs would, if allowed, turn the United States into Stalin’s Russia.

If you don’t think the Kosher Nostra Prince Rupert Murdoch is behind it, listen to his mouthpiece Tucker Carlson:

Buying ammunition and guns in America is almost impossible now. Why?  Biden folks are buying everything, people who see ‘Trump’ signs as an indication their neighbors aren’t ‘neighborly’ at all but potentially dangerous kooks.

Some of the time they are right, maybe too much of the time.  Immunity to facts, ignorance of science and the willingness to abide dictatorship, hatred and rule by the Kosher Nostra and their front man ‘Trump’ isn’t a secret anymore.

Then, during a debate, Trump asked for his neo-Nazi supporters to “stand by” to frighten away voters. Did he really say this?

He didn’t just refuse to disavow them—he asked them to “stand by.”

Donald Trump is a white supremacist and we have a moral obligation to fight back. https://t.co/GdoPbn65CB

White Americans, millions of them, are arming against the real enemy they finally recognize, the ‘tyranny of the stupid,’ the right.

Mike says 75% of his sales now, and they are “off the scale” are white middle class Americans buying guns to protect themselves from extremists.  You see, people clearly recognize that the hillbilly right wing extremists, nominally “supremacist” are really something more.

This is a war by the ignorant and violent underclass, let’s call them what they are, criminals, against people who want a better America.  The groups, Proud Boys are only one, are doing exactly what Martin Niemoeller said.  Supremacism isn’t so much about race as it is about ‘class envy.’

These are people who hate others who have more and they will use their guns, if allowed, to take it all away.

They would leave you with their lives, drugs, alcohol, childish politics and hate.

Years ago, VT warned that the DHS and ADL, the mob run GOP would start a revolution in this country based exactly on how Hitler took over Germany aided by the Bush family, Rockefeller.  The details are here.

VT reviews the facts, the video above a useful documentary formerly used by the DHS and supplied to states to use in training counter-terrorist police. The new DHS believes otherwise.  This is the video Trump watches, the Nazis killing communists in 1920s Germany:

And then later rounding up the Jews…

What is the threat?  The probable stupidest president in American history is reaching out to the least educated generation of Americans, feeding and stoking their primitive hatred of those who are more successful.

Just the DHS siding with a white supremacist vigilante in an effort to immunize him against murder charges #wpitw https://t.co/tst1SAL4UA

Trump’s shoutout to the white supremacist group Proud Boys is energizing black voters to turn out against him in the must-win state of Floridahttps://t.co/KtggLKJNeT