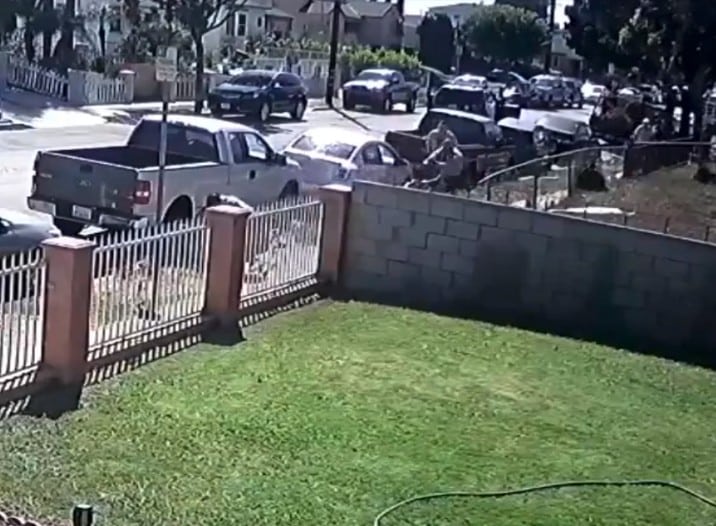 LOS ANGELES — A Black man shot and killed by Los Angeles County sheriff’s deputies was wounded 16 times in the front and back, according to an autopsy that doesn’t shed any light on whether he was on the ground when he was shot.

Dijon Kizzee, 29, had four “rapidly life-threatening wounds” to the heart, lungs, liver and left kidney, according to the autopsy report that was supplied to The Associated Press on Friday. The autopsy was conducted on Sept. 2.

The report didn’t indicate the order in which the wounds occurred and noted that the autopsy doesn’t necessarily indicate the position of Kizzee’s body when he was shot.

Attorneys for the family have said witnesses described a volley of shots being fired as he lay on the ground.

Kizzee was killed Aug. 31 in South Los Angeles after sheriff’s deputies tried to stop him for riding a bicycle in the wrong direction. They said they were unaware he had a weapon wrapped in a piece of clothing he was carrying at the time.

Two deputies told investigators they fatally shot Kizzee after he picked up the handgun he had dropped during a struggle with one of them. A video showed him stooping down, but a wall blocked a full view. No weapon could be seen in the video, although authorities found a gun at the scene.

However, attorneys for the family say Kizzee wasn’t holding the gun when he was shot.

Kizzee “posed no threat” to deputies when they fired a total of 19 shots at him, civil rights attorney Benjamin Crump said at a news conference last month.