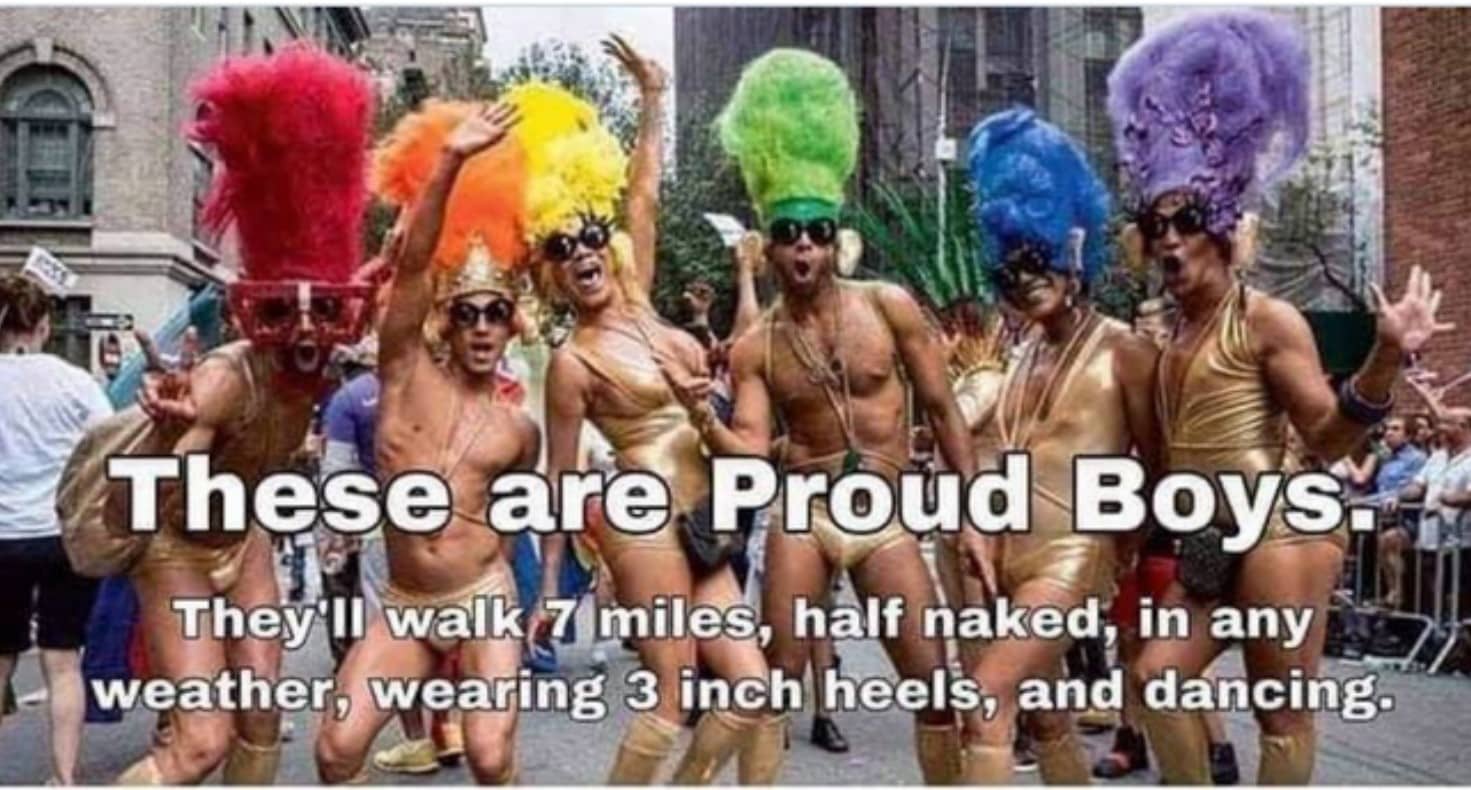 VT likes the ‘Proud Boys.’ First of all, if the right wing money from Bannon and Stone to payoff fake Antifa is going out, why not get in line and take some. This is the real force behind Proud Boys.

My son and son-in-law #ProudBoys pic.twitter.com/FA5xuzZoDh

Daily Beast: Six days after President Trump told the far-right Proud Boys group to “stand back and stand by” during 2020’s first presidential debate, internet users have reclaimed the #ProudBoys hashtag and keyword phrase, flooding Twitter and Reddit with photos of gay men in love and expression physical affection.

Founded by Vice cofounder Gavin McInnes, the Proud Boys considers itself a group of “western chauvinists,” while the FBI considers it a hate group with links to white supremacy.

Six days after Trump told the far-right Proud Boys group to "stand back and stand by," internet users have reclaimed the #ProudBoys hashtag and keyword phrase, flooding Twitter and Reddit with photos of gay men in love and expression physical affection. https://t.co/1InD2h2uOC

Don’t read this line or you will go blind.