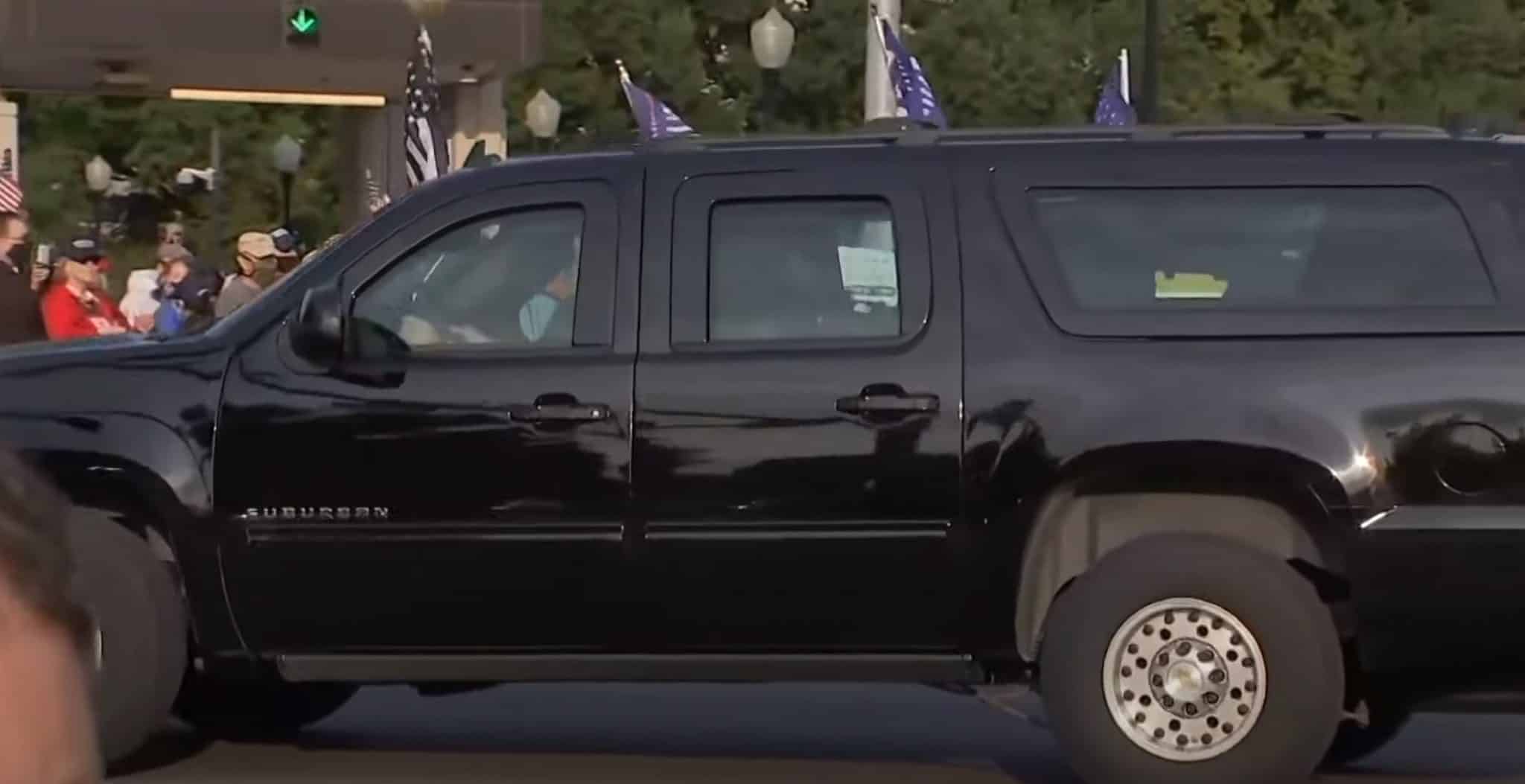 (CNN) In the midst of an aggressive course of treatment for coronavirus, President Donald Trump left the hospital with his security detail Sunday so he could ride in an SUV past supporters cheering him on outside Walter Reed National Military Medical Center.

Americans are dying alone in their hospital rooms because family can’t have contact but Trump can demand a driver and security detail for a little propaganda ride.

Trump just put his security detail & others at risk so he could take a car ride to bask in the adoration of the Proud Boys & other supporters outside Walter Reed. https://t.co/HgXTthxOxb

The short trip, where Trump waved to his supporters through the window while wearing a mask in the back of his SUV, was an attempted show of strength that displayed the President’s questionable judgment, his willingness to endanger his staff and the fact that he still does not seem to comprehend the seriousness of a highly contagious and deadly disease.

An attending physician at Walter Reed harshly criticized Trump’s movement as a risk to the lives of Secret Service agents who accompanied him in his SUV.

When I saw "Secret Service" trending & read first tweet on Trump's joy ride around Walter Reed, I thought, "This has got to be a joke." But nope, it's real. So massively irresponsible.

And another reason to question whether he is capable of making sound decisions at this time.

“Every single person in the vehicle during that completely unnecessary Presidential ‘drive-by’ just now has to be quarantined for 14 days. They might get sick. They may die. For political theater. Commanded by Trump to put their lives at risk for theater. This is insanity,” Dr. James Phillips tweeted.

If Trump keeps doin' dumb stuff like this, he might soon be takin' one last slow ride in a long black vehicle. pic.twitter.com/kWszncWQ0u

“That Presidential SUV is not only bulletproof, but hermetically sealed against chemical attack. The risk of COVID19 transmission inside is as high as it gets outside of medical procedures. The irresponsibility is astounding. My thoughts are with the Secret Service forced to play,” Phillips tweeted.

Trump went on a joy ride around Walter Reed bc his doctors don't have the guts to stand up & properly handle his care. He is an insane dementia patient w/ COVID, on a steroid drug w/ behavioral side effects. He’s contagious & endangered lives.
New Podcasthttps://t.co/644eRMyeh4

Despite the risk posed to others in the hospital, the driver and security, White House spokesman Judd Deere said that “the movement was cleared by the medical team as safe to do” and that “appropriate precautions” were taken, “including PPE.”