[ Editor’s Note: Western militaries role play conflicts as their normal course of training general staff to deal with emergencies. Much of that work is preliminary, such as maintaining a current order of battle for the military forces of all countries, including friendly ones.

In-country military attachés, along with CIA station chiefs are tasked with keeping their ears to the ground to give their respective leaderships some advance warning of military conflicts so they can be a better deal with early problems, before one side’s losses make negotiation not feasible.

As all involved are UN charter countries there, are theoretical diplomatic tools that were created to diffuse these territorial conflicts, which we have not yet seen deployed. The holding back of diplomacy encourages more destruction because both sides are tempted to harden their positions rather than reaching a ceasefire agreement.

NATO in particular has so far taken a low profile in this old conflict, leaving the impression that it may have decided to let matters take their course, which would be the antithesis of NATO’s charter mission.

Azerbaijan would stop its attacks if the needed pressure were applied. Hence, if it is not applied, that will leave the impression that NATO is okay with Azerbaijan’s attacks, which would then leave all the rest of us having to take a new look at NATO being potentially a threat to others… Jim W. Dean ]. 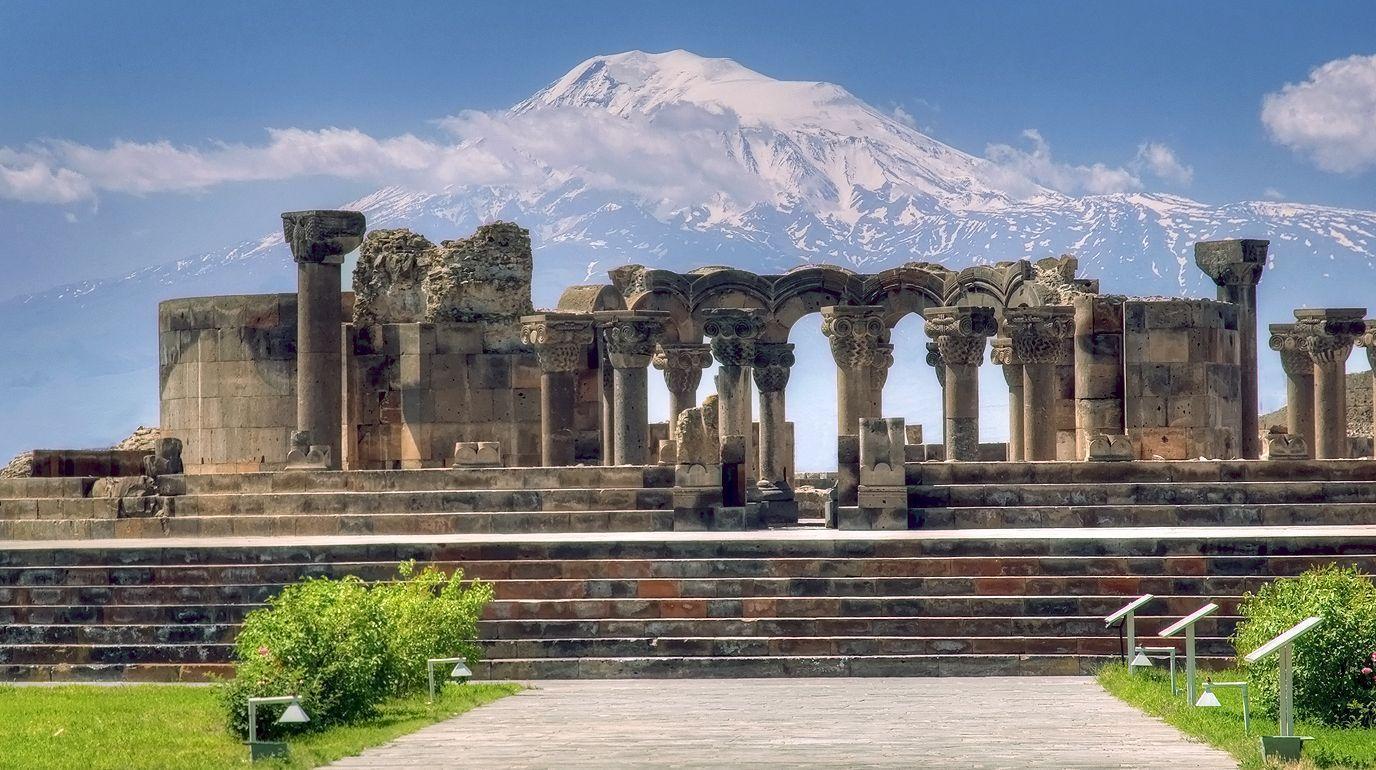 On Sunday morning, September 27, 2020, Azerbaijan flagrantly violated a negotiated ceasefire by launching a massive, unprovoked attack on Artsakh and Armenia.

In Azerbaijan, NATO member Turkey has deployed and is using its own armed forces and advanced arms, including American-supplied weapons such as F-16 jets, to attack Artsakh/Armenia.

Using American-supplied weapons for other than self-defense is a grave violation of American law for which the United States must bear full responsibility.

Azerbaijan and Turkey have been deliberately targeting innocent civilians, schools, and homes in Artsakh, resulting in hundreds of deaths and injuries, including those of children.

Turkish President Erdogan and his country have no business intruding into this conflict — particularly on the side of the aggressor.

This is not surprising because Israel, which demands worldwide acknowledgement of the Holocaust, has always refused to acknowledge the Armenian Genocide committed by Turkey from 1915-1923.

Leading Jewish American organizations (ADL, AJC, AIPAC, and others) had long colluded with Turkey and Israel to deny/diminish the Armenian Genocide and/or actively defeat Armenian Genocide resolutions in the U.S. Congress [NOTE 1].

For years, Israel has also been guiding Jewish writers to publish falsehoods about Armenia, Artsakh, and Armenians.

The American people and the international community will ultimately not tolerate such hypocrisy.

Consistent with American interests and values, for nearly 30 years America and the American people have generously provided economic, charitable, and political support to Armenia and Artsakh, which also have excellent relations with the European Union.

Armenia participates in NATO’s Partnership for Peace and has supported the U.S. in Afghanistan.

America, the European Union, and NATO must act now, not merely talk, to stop Azeri/Turkish aggression.

Artsakh and Armenia are democracies.  Azerbaijan is headed by dictator Ilham Aliyev, and, like Turkey, imprisons political opponents and journalists.

America is now energy independent.  It need not sell itself to corporate interests whose only goal is profiting from Azerbaijan’s gas and oil deposits.

Azerbaijan has threatened to bomb Armenia’s Metsamor nuclear power plant, a crime against humanity that would spread radiation throughout the world.

Turkey has now sent jihadist terrorists from Syria, Libya, and elsewhere to Azerbaijan to fight against Armenians [NOTE 2].

This continues Turkey’s practice of supporting terrorist organizations such as ISIS [NOTE 4].

The U.S. State and Defense Departments as well as Congress should be embarrassed that they have long turned a blind eye to Turkey’s support for terrorists – thereby making a mockery of America’s “Global War on Terror.”

Perhaps not surprisingly, given his financial investments in Turkey and deep ties to the corrupt Erdogan family, President Trump is ignoring Turkey’s support for terrorist factions, aggression against Armenians (and others), and illegal use of American-supplied weapons.

Similarly, the Democratic Party and its presidential nominee Joe Biden have said little about Turkish and Azeri aggression against Artsakh/Armenia.  This implicitly aligns Mr. Biden and Democrats with President Trump with whom they allegedly disagree on issues involving Turkey and Erdogan.

In 1921, Soviet dictator Joseph Stalin and Bolsheviks used “divide and rule” tactics to place Artsakh inside Azerbaijan, even though Artsakh was Armenian and Armenians constituted 95% of the population.

In 1988, Artsakh freed itself from over 60 years of repression, economic underdevelopment, and periodic massacres: It democratically voted to secede from Azerbaijan in accordance with Soviet law.  When the Soviet Union dissolved in 1991, Artsakh voted for independence.

As these events were taking place, Azerbaijan’s authorities responded with massacres of Armenians in Sumgait and Baku in 1988 and 1990.

In 1921, Stalin also put the Armenian territory of Nakhichevan under Azerbaijan’s jurisdiction. Azerbaijan subsequently drove out all of Nakhichevan’s Armenians and has destroyed its ancient Armenian cultural heritage [NOTE 5].

Azerbaijan had continuously attempted to do the same to Artsakh.  That is why Artsakh voted for self-determination and freedom.

Azerbaijan was, in actuality, cobbled together only in 1918.  Prior to that, no such country ever existed nor did any “Azeri” identity.

Though the population of Armenia and Artsakh is at most 3 million compared to the combined 92 million populations of Azerbaijan and Turkey, Armenians are fighting valiantly against the aggressors.

From 1915-1923, Turkey committed genocide against Christian Armenians, Assyrians, and Greeks.  And Turkey has for years threatened Armenia with a new genocide.

The international community is not helpless.  It must act.

We call on Americans and all people of goodwill to help to prevent what may soon become a second Armenian Genocide.

* Armenian Americans for Human Rights was founded in Massachusetts in early 2018.

It has an experienced Board of Advisors and its Chair is David Boyajian.

Every year on April 24, the day that Armenians commemorate the killings, a resolution calling for the use of the controversial term is proposed in Congress and then beaten back. Some Jewish groups claim credit for ensuring that such a resolution never passes.

Jewish advocacy groups, including the Jewish Institute for National Security Affairs, the American Israel Public Affairs Committee, B’nai Brith and American Jewish Committee “have been working with the Turks on this issue” for more than 15 years, said Yola Habif Johnston, director for foundations and community outreach at Jinsa.

“The Jewish lobby has quite actively supported Turkey in their efforts to prevent the so-called Armenian genocide resolution from passing,” she said.

But a central activist in a Jewish organization involved in this matter clarified that if necessary, he would not hesitate to again exert pressure to ensure the resolution is not passed and the Turks remain satisfied.

NOTE 2: One of the scores of articles and reports confirming Turkey and Azerbaijan’s use of jihadist terrorists:

(“The New Tears of Araxes”)