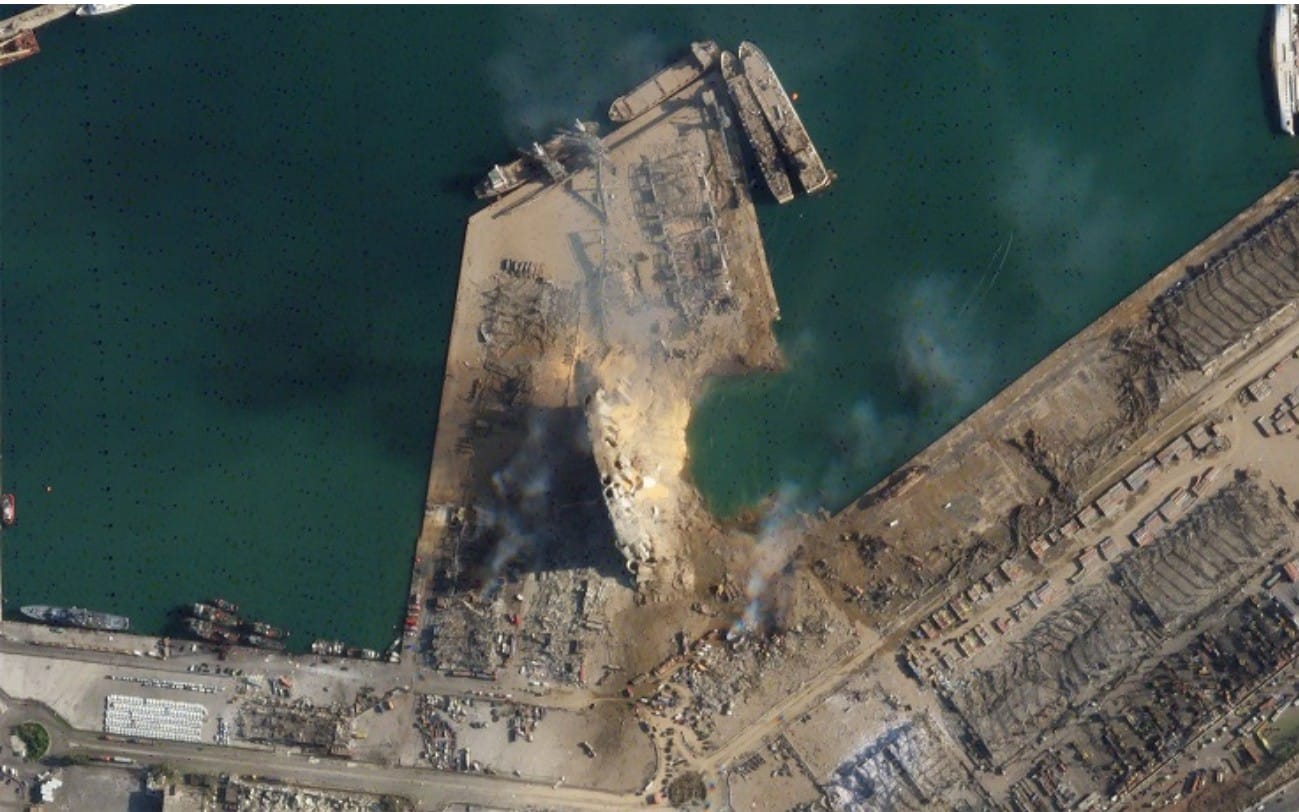 The Beirut port explosion, which occurred on the 4th of August, killing at least 190 people and making 300,000 others temporarily homeless, took the world by storm. But despite the outpour of concern for Beirut since the explosion, Lebanon’s suffering has been largely ignored by the Western corporate media and there has been a complete blackout on the nature of Lebanon’s despair as caused by Western-imposed sanctions on Lebanon.

Beyond the Beirut port explosion, which eliminated Lebanon’s sole lifeline to the country, Lebanon had already long been in a state of economic decline. In the first half of this year the annual debt rose by 8.9% annually, to settle at 93.40 billion. The local currency debt also increased 12.96% by February 2020.

The inflation rate is currently around 56.5% monthly, compounded by the fact that Lebanon experiences rolling blackouts and food shortages. This was of course all before the explosion, which devastated the port by which 70% of Lebanon’s economy is processed.

But perhaps the most often ignored impact on Lebanon’s economy is the impact left by the sanctions, which have been applied by Western countries on the country. Even the likes of Britain maintain an arms embargo on Lebanon, with EU sanctions — over the assassination of Rafiq Hariri in 2005 — also imposing asset freezes and restrictions.

The US also has participated in maintaining sanctions against Lebanon, the latest of which has seen the sanctioning of over 90 individuals, who are alleged to have connections to Lebanese Hezbollah. But perhaps the worst of all sanctions that have been imposed are the sanctions on neighboring Syria.

The sanctions against Syria, which again are upheld in the most militant of ways by the EU and US, are directly squeezing Lebanon also. The latest of which is the Caesar Act, which targets anyone willing to provide support to the Syrian government in four key areas: Oil and gas, military, aviation, and construction.

In addition to making living conditions worse for the average Syrian, it has also significantly “hurt Lebanon,” as the former vice-governor of Lebanon’s Central Bank, Nasser Saidi had warned prior to the imposition of the sanctions on the 17th of June. Saidi had also stated prior to the sanctions having been initiated, that business between the two countries would become “more problematic and expensive.”

On top of this, French President Emmanuel Macron is now threatening sanctions on Lebanon if the country does not follow through with French demands for its envisioned reformations of government. The way in which France is attempting to impose its will is also becoming all the more problematic, as the president has begun verbally attacking Hezbollah.

Hezbollah was perhaps the main target of the French president’s latest speech on Lebanon’s failure to form a government, which forced the newly appointed Prime Minister Mustapha Adib to resign.

However, the main attack on Hezbollah was focused on its involvement in the Lebanese politics, but rather the nature by which Hezbollah’s armed wing conducts its struggles against Daesh, Israel, and Takfiri groups in Syria.

This harsh punishment of Lebanon by the international community, whilst Lebanon is enduring the fallout from the Beirut port blast, economic collapse, terrorist insurgent attacks in the north and an escalation along its southern border with Israel, is criminal. The Lebanese people are enduring worse conditions economically than ever before and as a result there has already begun an exodus of young people from the country.

If France was serious, as well as other Western nations, in ending the suffering of Lebanon, it would have ensured the easing of economic restraints. But as usual, the anti-Hezbollah rhetoric seems to indicate that the supposed help coming from France, and others, is as usual conditioned on weakening the resistance in Lebanon.

Sanctions are specifically aimed at causing such distress amongst the civilian population, that they oust their governments or turn on said political party. This tactic, however, is tantamount to a war crime and demands that a government completely bend to the whims of a separate sovereign power, or watch their people starve and grow discontent with their rulers.

Hezbollah calls US sanctions on Lebanon ‘act of aggression’

Lebanese Hezbollah’s Deputy Secretary General Sheikh Naim Qassem says US sanctions on Lebanon are an act of aggression and a failed attempt to “bring Lebanon to its knees.”

After all, when we look at the involvement of France specifically in the country at this time, we have to keep in mind that France is not only Lebanon’s former colonialist occupying power, but also the Western superpower which created Lebanon with all of its sectarian flaws.

The confessionalist system was set up to the benefit of France and to become a strategic Christian stronghold, a project set up and then left to sail into the abyss. Now France wants to come back to pick up the pieces and demand that Lebanon clear itself of Hezbollah, the Party which liberated their lands from the Israeli occupier and defeated the Zionist entity in 2006.

Hezbollah has done for Lebanon what the rest of the world refused to do in Lebanon’s hour of need, having only been necessary due to the failure of the so-called civilized Western powers and the international community which never came to fight for what was right in Lebanon, instead always imposing their will.

(Robert Inlakesh is a journalist, writer and political analyst, who has lived in and reported from the occupied Palestinian West Bank. He has written for publications such as Mint Press, Mondoweiss, MEMO, and various other outlets. He specializes in analysis of the Middle East, in particular Palestine-Israel. He also works for Press TV as a European correspondent.)