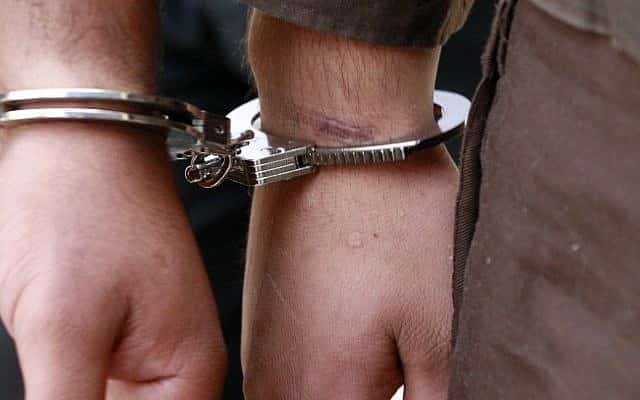 Haaretz/Israel – Former UN weapons inspector Scott Ritter says the FBI has had him under investigation for more than three years on suspicion of spying for Israel. FBI spokesman James Margolin declined to comment on Friday.

Ritter has been out of prison since 2014 after serving 2 and a half years on a 5 and a half year sentence for multiple felony convictions related to child sex.

Ritter, a former U.S. Marine intelligence officer, mentioned the spying allegation during a question-and-answer session after a screening of his new documentary on the UN Special Commission, known as UNSCOM, which was created after the 1991 Gulf War to destroy Iraq’s weapons of mass destruction.

Ritter was caught twice in 2001 in April and June 2001, and arrested shortly after the second incident,[42][43] in connection with police stings in which officers posed as under-aged girls to arrange meetings of a sexual nature. He was charged with a misdemeanor crime of “attempted endangerment of the welfare of a child” after the second, but charges were dropped after he completed six months of probation,[44] and the record was sealed on condition that he avoid further trouble for a period of time.[43] After this information was made public in early 2003, Ritter said that the timing of the leak was politically motivated.[42][43][45]

Ritter was arrested again in November 2009[46] over communications with a police decoy he met on an Internet chat site. Police said that he exposed himself, via a web camera, after the officer said she was a 15-year-old girl.[1] Ritter said in his own testimony during the trial that he believed the other party was an adult acting out her fantasy.[47] The next month, Ritter waived his right to a preliminary hearing and was released on a $25,000 unsecured bail. Charges included “unlawful contact with a minor, criminal use of a communications facility, corruption of minors, indecent exposure, possessing instruments of crime, criminal attempt and criminal solicitation”.[48] Ritter rejected a plea bargain and was found guilty of all but the criminal attempt count in a Monroe County, Pennsylvania courtroom on April 14, 2011.[1][49] In October 2011, he received a sentence of 1​1⁄2 to 5​1⁄2 in prison.[50] He was sent to Laurel Highlands state prison in Somerset County, Pennsylvania in March 2012 and paroled in September 2014.[51]

“I was withdrawn from Iraq in January 1998 at the behest of the FBI, which was calling me an Israeli spy,” Ritter said. “It’s an investigation going on to this day.” He said his most recent meetings with representatives of the FBI and the U.S. Attorney’s office were in June and lasted six hours.

Ritter, who resigned from UNSCOM in August 1998 after seven years as a weapons inspector, said he did cooperate with Israel as part of his job, and with the knowledge of his bosses.

According to the 90-minute documentary, “In Shifting Sands: The Truth About UNSCOM and the Disarming of Iraq,” former UNSCOM chief inspector Rolf Ekeus wrote to 60 countries in 1991 asking for information about Iraq’s weapons programs and initially got one response – from the United States.

Ritter said Israel also started cooperating in early 1994 and provided a significant amount of information to UNSCOM. In early 1996, UNSCOM started using sophisticated equipment in Iraq to monitor radio frequencies to try to determine what the Iraqis might be concealing about their chemical and biological weapons programs and their long-range missile program, Ritter said.

“There was certain information that was encrypted,” he said. “We had to go to member states to have it processed and then have the information passed back to us.”

The United States was assiduous in refusing to feed that information back to UNSCOM. Great Britain did a better job, and Israel was magnificent, Ritter said.

Ritter said the FBI also brought him in for questioning on several occasions in connection with the documentary. “I’ve been fully cooperative. Indeed, my posture with the FBI about this film has been one of 100 percent disclosure on my part,” he said. “I’m an American citizen exercising my First Amendment rights of freedom of speech. I am not a tool of Iraqi propaganda, and I am not an agent of the government of Iraq or any other government,” Ritter said.

“If the FBI had legitimate reason to believe that I was, I invited them to bring that to my attention, and if they had, I would have ceased production of the film immediately.” The FBI did not, so Ritter said he went ahead with the documentary.