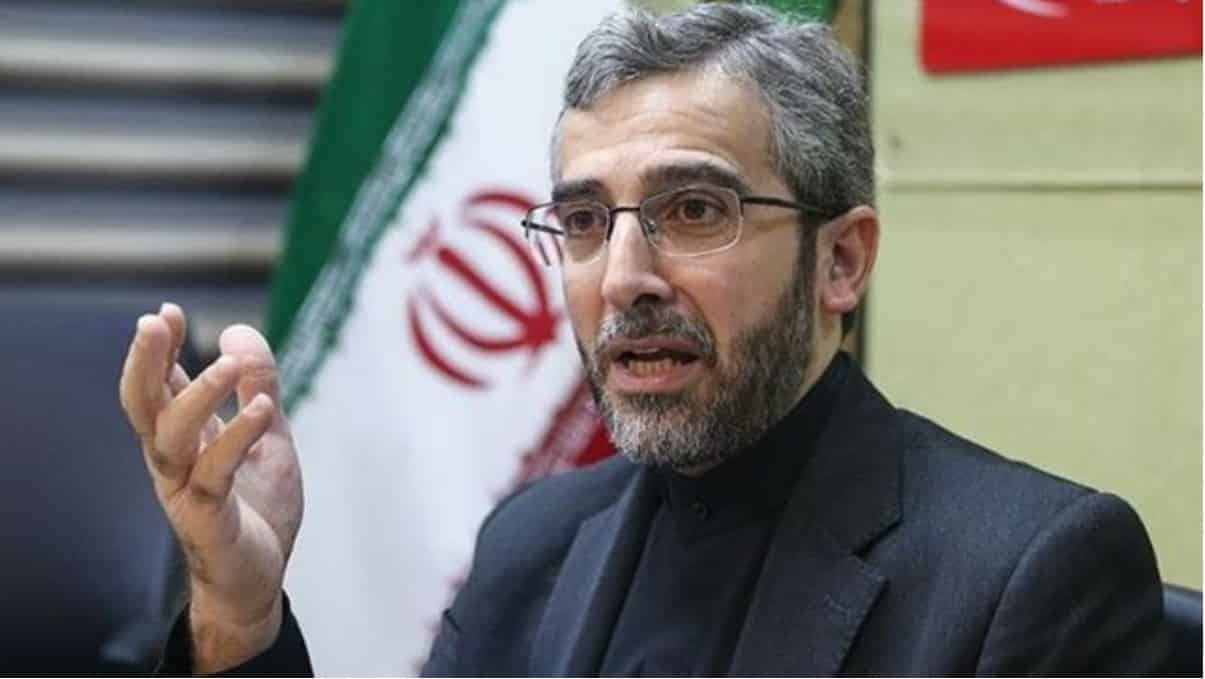 A senior official with the Iranian Judiciary says the body is planning to prosecute 46 American natural and legal persons involved in the imposition of unjust sanctions on the Islamic Republic, which among other things, have prevented the country from importing medications necessary to treat patients with serious diseases.

Speaking on the sidelines of a visit to a children’s hospital in Tehran on Monday, the head of the Iranian Judiciary’s High Council for Human Rights, Ali Baqeri-Kani, commented on the imposition of tough unilateral sanctions on Iran by the United States, which has prevented the country from buying essential medications, saying, “These enemies have spared no effort in this regard.”

“We are using all legal means, at domestic and international levels, to counteract these crimes and today, I announce that the names of 46 American natural and legal persons, who have been one way or another involved in imposing unjust and inhumane sanctions on the Iranian nation, have been given to Tehran prosecutor’s office” to prosecute them in accordance with a law on countering terrorist measures of the United States, he said.

In May 2018, US President Donald Trump unilaterally withdrew from a UN-endorsed nuclear deal, which it had signed as a member of the P5+1 group with Tehran in 2015, and re-imposed the anti-Iran sanctions that had been lifted under the agreement.

Human Rights Watch strongly criticizes the United States for its refusal to lift sanctions on Iran amid the new coronavirus outbreak.

Iran sued the US at the International Court of Justice (ICJ) afterwards. The tribunal ruled that the US should lift its sanctions on humanitarian supplies.

The trade of humanitarian goods, such as food, medicine and medical devices, is theoretically allowed by the US, but European companies refuse to do business with Iran, fearing secondary American sanctions. The bans imposed on the Iranian banking system have dissuaded many pharmaceutical firms from doing business with Iran.

The US activates the sanctions it imposed on Iran’s shipping network six months ago, in a move expected to further hamper imports of food and medicine into the country.

The United States in June activated a set of sanctions it had imposed on Iran’s shipping network six months ago, in a move expected to further hamper imports of food and medical supplies into Iran at a time when the country is fighting to contain a deadly coronavirus outbreak.

Elsewhere in his remarks, Baqeri-Kani said despite all restrictions, Iran is now a leading country in treating various diseases, but this does not downplay the inhumane nature of the conduct of Iran’s enemies, particularly the US.

The Iranian youths are doing their best to prevent any disruption to the country’s health and treatment sectors, he added.

Emphasizing that the Iranian Judiciary should not let the enemies’ hostile acts go unanswered, the official said, “The Americans are exerting maximum pressure [on Iran] and the European countries are in cahoots with them and have extended the sanctions to include [Iran’s] health sector.”

“Many crimes have been committed in line with the cruel sanctions. The European countries, which have imposed sanctions on [the supply of] medicine [to Iran], are not different from members of Daesh [terrorist group] and [other] terrorists,” Baqeri-Kani said.

He emphasized that Daesh terrorists justify their acts in the name of religion while the Europeans hide themselves under the guise of human rights.

Baqeri-Kani emphasized that Iran’s Judiciary will seriously follow up on the prosecution of those violating the Iranian nation’s rights through legal channels until they are convicted in courts.

During a visit to a medical center for treatment of children suffering from epidermolysis bullosa or EB on Thursday, Baqeri-Kani censured the Western states for pretending to be advocates of human rights while blocking Tehran’s imports of medicine meant for child patients.

A senior Iranian rights official slams the Western states for pretending to be advocates of human rights while blocking Tehran’s imports medicine meant for children and patients.

He said the European governments “do not even adhere to the rules and regulations of war, because in wartime medical mechanisms are immune from violation.”