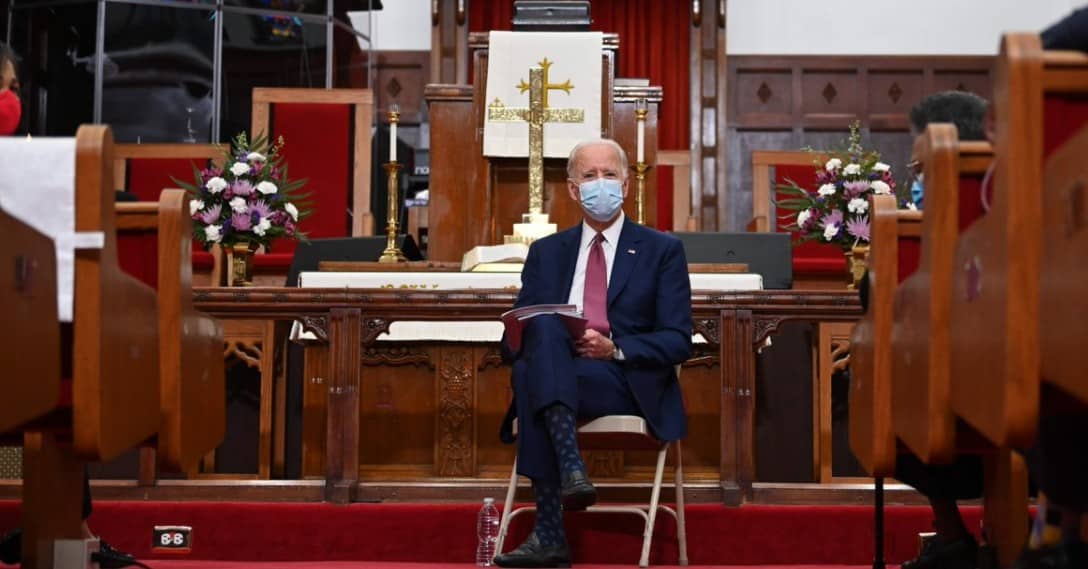 Guardian: More than 1,600 faith leaders in the US have publicly backed Joe Biden, the Democratic candidate in next month’s presidential election, amid signs that some evangelical voters are turning away from Donald Trump.

The Biden endorsements mainly come from Catholics, evangelicals and mainline Protestants. They include Jerushah Duford, the granddaughter of Billy Graham; Susan Johnson Cook, a former US ambassador for religious freedom; Michael Kinnamon, former general secretary of the National Council of Churches; and Gene Robinson, a former bishop in the Episcopal church.

NEWS: more than 1600 clergy members, religious scholars and other faith-focused officials and activists are endorsing Biden– organizers believe it is the largest group of faith leaders to back a Democratic presidential candidate in modern timeshttps://t.co/dpffo3mU8m

“This record-breaking group of endorsers shows that President Trump’s lack of kindness and decency is energizing faith communities and will cost him this election,” said Doug Pagitt, executive director of the Christian campaign organisation Vote Common Good, which compiled the endorsements.

The organisation said the announcement represents the largest group of clergy to endorse a Democratic candidate for president in modern history.

Richard Nixon's former pastor, who is a lifelong Republican, is launching "Pro-life Evangelicals for Biden," a bipartisan group made up of about 10 senior evangelical leaders.https://t.co/AuND8NNoFq

In the 2016 election, more than 80% of white evangelicals voted for Trump, with many taking the view that his pledge to make conservative and pro-life appointments to the supreme court outweighed unease about his personal behaviour. White evangelicals make up about a quarter of the US electorate. read more

This is going to hurt #Trump and #Pence. Faith leaders back Biden in sign that evangelical support for Trump is waning. “This election is not a political choice, but a moral choice.” #Biden and #Harris saw a 7to11 point religious swing in their direction. https://t.co/vJyyMPbHUb