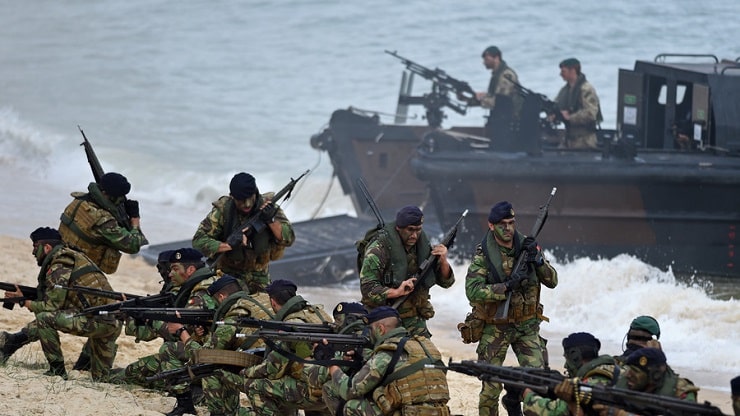 [ Editor’s Note: Rafi Sheikh revisits a somewhat old topic, regarding Europe’s desire to not be dependent on NATO and for being responsible for its own defense as a show of true autonomy, not one on paper.

To date, this has been an obvious exercise in puffery for two reasons. One, the EU and its major defense manufacturing countries have not met their ‘contractual’ NATO contributions. Second, they expect us to believe the EU is somehow going to build a parallel structure to control their own defense.

Where would the European funding come from? What if not all EU countries want to contribute? What if Poland decides it would rather partner with NATO and not the new EU NATO.

That said, I was surprised to read below that Macron led the way with this new EU defense proposal while visiting the Baltic countries that are becoming NAT0’s tip of the spear in terms of positioning US first strike missile systems there, which is a hugely destabilizing situation.

Already Russian defense has had to assume that eastern Europe is onboard the US first strike doctrine, and hence will have to target eliminating all US and other military bases in those countries within the first five minutes of the next war.

Will it take such an event for the EU public to wake up to what a stupid scenario they created for themselves, being used as cannon fodder in the next war? Has the EU been suckered into a dream of having a free defense ride via the US? … Jim W. Dean ] 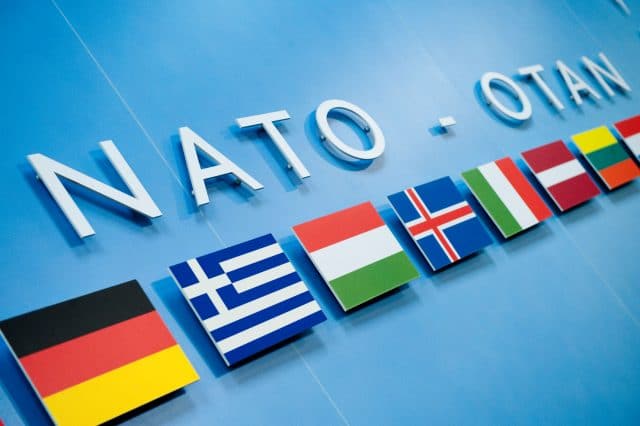 When NATO was founded after the Second World War in 1949, it was not just a military organization; it was an idea based upon a shared European-US understanding of the then international politics and a weaker Europe’s willingness to infuse itself with the US to maintain balance of power vis-à-vis the Soviet Union.

Equally true is the fact that the world is no longer divided into a bi-polar system, or under the unilateral domination of the US. The rise of Russia and China has significantly changed how world looked like in the 1990s. Europe’s search for autonomy is not only a response to this change, but a deliberate reproduction of the same process of change as well.

This is evident from how the continent, unlike the US, no longer simply sees Russia and China as “revisionist states”, bent upon undoing the US domination. It sees merit in developing strategic dialogue with these states and rewrite relations.

European Council’s latest special meeting in Brussels shows the path that the EU has put itself on. Distancing itself from the US’ ‘de-coupling’ with China, the Council decided to “rebalance the economic relationship [with China] and achieve reciprocity.”

Accordingly, instead of choosing to echo Pompeo’s idea of building a ‘global coalition’ against China and roll back its economic presence and political influence, the Council encouraged China to “assume greater responsibility in dealing with global challenges”, leading ultimately to “an ambitious” EU-China Comprehensive Investment Agreement; and “to deliver on previous commitments to address market access barriers, to make progress on overcapacity and engage in negotiations on industrial subsidies at the World Trade Organization.”

The Council, unlike the US and refusing to subscribe to ‘Russophobia’, refrained from blaming Russian government for the alleged assassination attempt on Alexei Navalny. The unsaid and unwritten refusal to blame Russian government for the attempt is then linked with the changing European mindset about the need for dialogue and talks with Russia, particularly with regards to the question of European security.

During his recent visit to Baltic States, France’s Macron was reported to have said that it was about time Europe started taking its own security measures and stopped relying exclusively on NATO.

During a three-day visit to Lithuania and Latvia, Macron sought to reassure that his goal was to build up Europe’s defense capabilities. Although he did not pitch his ideas as a potential replacement of NATO, there is little denying that Europe’s own moves towards a European system will largely render NATO irrelevant in the long run.

The new security system would involve a dialogue with Russia, a state that the US continues to define as ‘rival’ and ‘rogue.’ Macron did not mince words when he said that the Europeans should be able to rethink their relationship with Russia despite history of tensions.

His remarks, while not made for the first time, carry a special significance because they were made in states whose relations with Russia have remained icy for nearly 30 years since the 1991 collapse of the Soviet Union. Estonia and Latvia both have sizable ethnic-Russian minorities, while Lithuania’s ethnic-Russian population is more minor.

France, as it stands, is getting actively engaged with all states with a view to generating a new form of relations, based entirely upon the idea of ‘European Strategic Autonomy’, using it as the guiding principal for Europe’s standing in world affairs in the 21st century.

While one may think the idea of ‘autonomy’ holds no relevance for states other than France, this is not the case. For instance, Germany, which happens to be the strongest European economic power, has already established joint military projects with France, including Permanent Structured Cooperation (PESCO) in the scope of the Common Security and Defence Policy (CSDP). Beyond this, both sides are also in broad agreement about the future of transatlantic relations amid the ever-increasing scope of multilateralism.

Since the idea of Strategic autonomy, when defined as the ability to make and implement foreign policy and security and economic decisions in a multilateral set up, requires internal legitimacy i.e., support from the participating states and their willingness to look upon Europe and not the US or NATO, Macron’s active diplomacy appears to be particularly directed towards gaining that very legitimacy.

While European powers continue to present the idea of a European security system existing alongside and not opposed to NATO, it remains so because of the fact that an abrupt and complete divorce with NATO is neither possible for Europe at this stage, nor will it serve its immediate purpose.

Europe’s search for regaining autonomy begins with popularizing the idea within Europe first. While the process has already begun and is being received well, an end to complete European dependence on NATO would become possible only when Europe has first put in place its own and complete collective defense system.

The Lisbon Treaty does have a provision for such a system. Europe, led by France and Germany, is making moves to translate that provision into a reality.