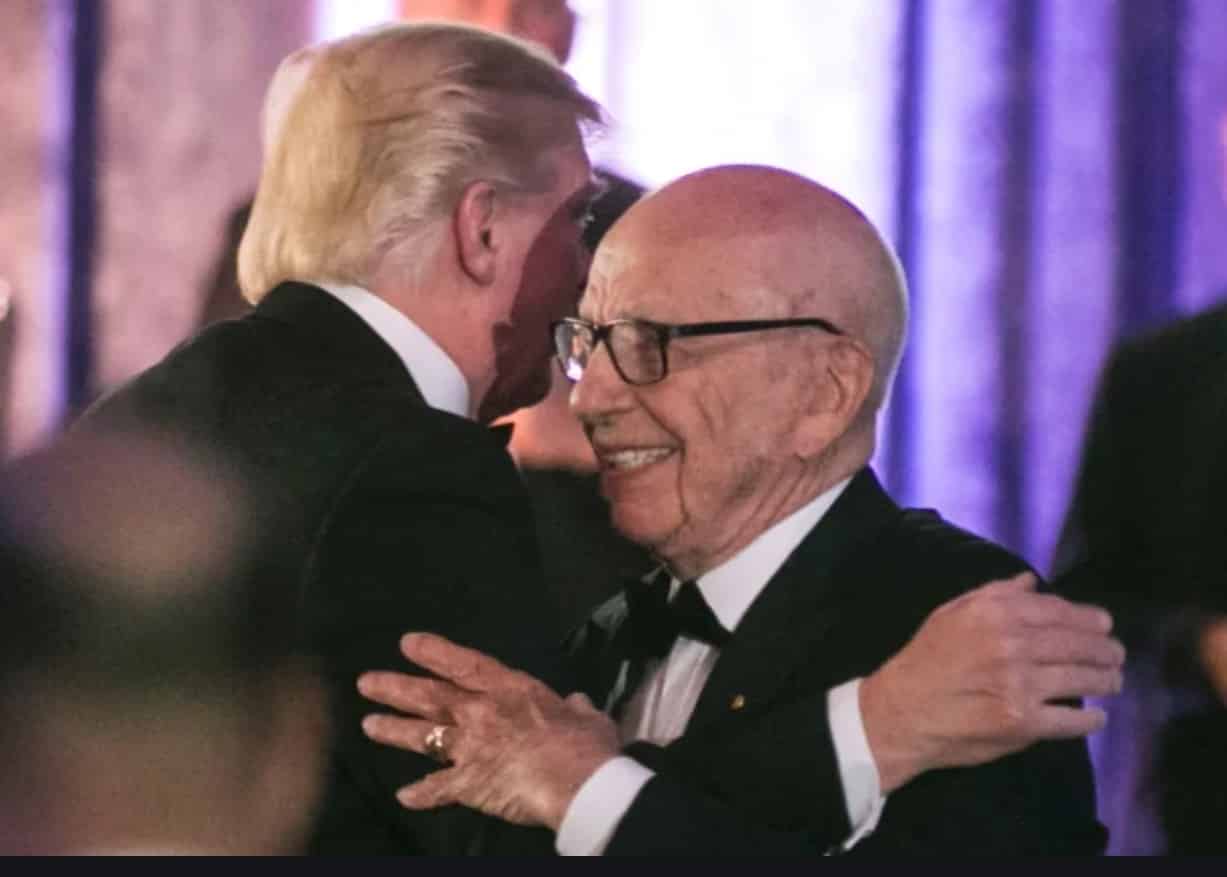 Introduction: VT ran across Fox News years ago, before it was what it is.  The story was simple, a fake Australian billionaire, supposedly named Rupert Murdoch, the inheritor of the Maxwell-Epstein empire, wanted to buy American’s media.

Murdoch, an Israeli-Australian (now US by act of congress) citizen, is a plotter.  He bought Newt Gingrich, hired his wife, published Newt’s awful books and had a GOP congress give him the American based Fox network by changing law on foreign ownership.

The idea was to declare war on the US from inside, militarizing idiocy and primitive evangelical heresy into a political block of misogynists’, racists and neo-Nazis.

This faction then took over the GOP.  Now we find with this submission from Australia that Murdoch’s political stranglehold on that nation engineered the spread of COVID 19 to the US where Fox News assured it would destroy the United States, aided by, of course, Murdoch’s close associate and another fanatic Zionist (America last or never) Donald Trump.

“When news of the virus took off at the beginning of the year , Australia, which has a huge ‘student’ number from China , studying at their Universities … and during the Australian Summer , these students , both visa holders and ‘Nationalised ‘ , ‘new Australians ‘ , many return and go back home till the new scholastic year starts in March .

Rupert Murdoch through his EVIL media empire have played a large part in thousands of deaths worldwide through the spread of lies & misinformation in addition to the backing of Trump,Johnson & Morrison.
Murdoch media HACKS dead children's phones.https://t.co/OzAcVcZG4O

Many went back to Wuhan ! Anyway, to cut the story short .When the news of the virus became fact based and not a rumour , the evil empire had a solution .   The Australian Government , and their P.M. , S. Morrison , a good Murdoch henchman, gave each student from China $ 8000-$10000 Aust dollars and told each, have a holiday , anywhere in the world  ( not  to stay in China) , and after 2 weeks if you have no symptoms , your good to come back to Australia for the new school year . !!!!!

Yes, 90% has tagged on to Murdoch and the Morrison bandwagon…. hoping to suck off more public COVID related funds before the worst of the depression hits and they declare bankruptcy. Meanwhile the obscene salaries and dividends continue

The favourite destinations ? U.S.A. , ITALY , FRANCE , SPAIN , need I, say more . Ugly facts , that can be proven to your investigators , as long as you avoid the Murdoch press . His puppet’s gift to his so called new homeland  and business paradise . The Trojan Proxy . This is fact not myth , and obviously has tragic implications .

Forever , promoting a nonsense web , entrapping ,   lying to the American public, promoting  deadly LIES , pushing , thrusting ,  a  malevolent conspiracy ,  whilst playing down the actual  dangers . THUS  … the mess your in oh ally  .  Oh brother . S.O.S. AMERICA , NO , S.Y.S. save -your- souls .

Let’s remember Rudd is not the only ex PM to say Murdoch media acts more like a political party than a media organisation. Turnbull also said it. So, there is rare bipartisanship on this issue. Morrison of course won’t complain as Murdoch gave him his job #MurdochRoyalCommission

The Anti-Christ , lives amongst you . He is no American , and he is no Patriot . But he is yours , now .  Murdoch is ,  alas , yours , and to the  fore . His Puppet’s toxic  holiday gifts to the Nation that once  selflessly created ‘The Marshall Plan  and saved  civilisation ‘  is repaid in mis-information and  damnation .  ‘OH SEPPO’ , he  has killed scores . For  pity never sleeps when these dying numbers onwards creep .  May the nightmare  end . AMEN” !