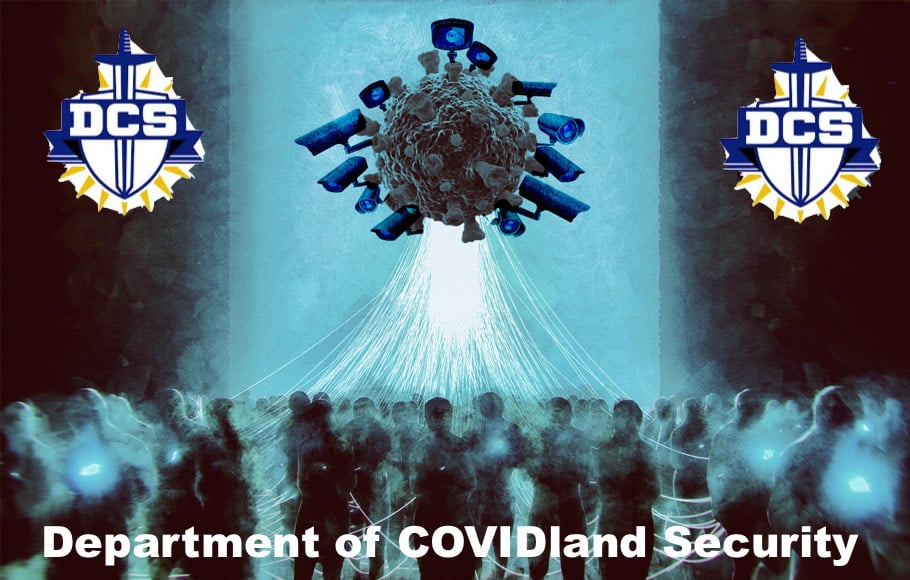 DCS is tasked with “seizing and administering total and complete control of COVIDland” which is defined as “every theater of land, sea, air, earth, and space, as well as any planets, comets asteroids, stars, galaxies, or extradimensional engagement areas (EDEAs) where documented, undocumented, hypothetical, or potential cases of COVID-19 exist or might be suspected to exist.” To that end DCS has been awarded a multi-trillion-dollar black budget the specific amount of which is a national security secret so sensitive that if you knew what it was they would have to kill you.

DCS will soon be deploying billions of multipurpose drones for contact tracing, masking and distancing enforcement, mandatory vaccine compliance, and eliminating threats to the COVIDsphere via neutralization with extreme prejudice. Anyone caught not wearing a mask, coming within six feet of anyone else, or fleeing when approached by a Needlebearing Vaccine Drone (NVD) will be subjected to extreme neutralization measures the likes of which can only be imagined.

DCS will also administer the Consolidated Corporate Media (CCM), overseeing propaganda efforts to promote full compliance and save the known universe, and whatever lies beyond, from the scourge of COVID-19. To that end a significant fraction of neutralization drones will be tasked with terminating threats posed by irresponsible individuals questioning CCM dictates on websites and social media, especially satirists caught red-handed ridiculing