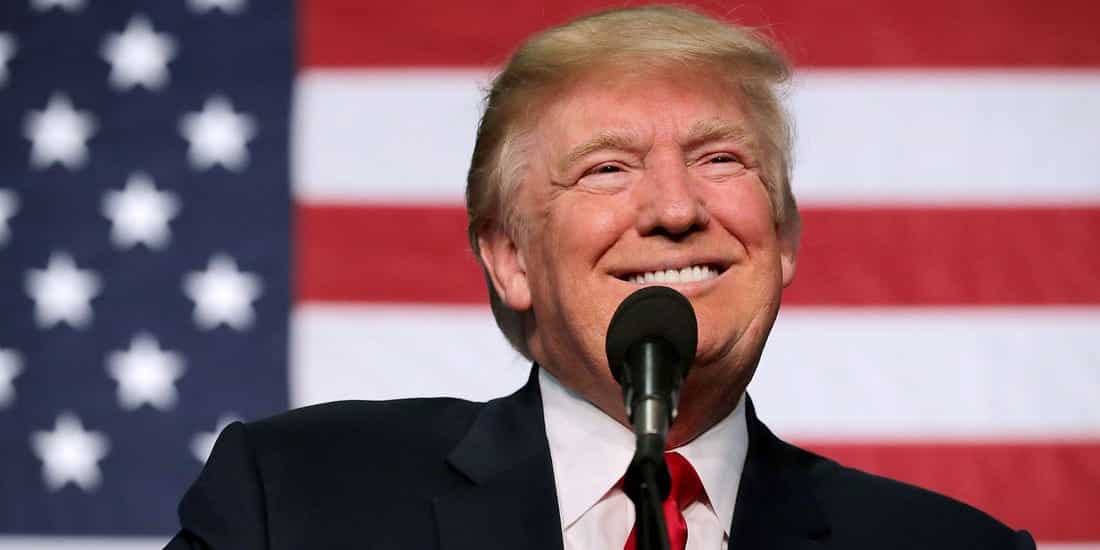 I’m back on the grid after my legal tussle with the Solicitors Regulation Authority. Mr. Justice Murray, the nice, only American-born High Court judge, has reserved his decision, after a hard-fought day in court. Unlike the US presidential election I won’t be predicting the result, as a courtesy to the learned judge. So far as the election is concerned I’m joining that nice man Dick Morris in predicting a landslide win for the President, and yes, I know that Dick made a similar prediction as regards Mitt ‘von’ Romney! The big question this week is just exactly who tried to whack the President last week.

Intelligence analysts and commentators hate coincidences. In the space of just over six months both the British Prime Minister and the American President have been infected with the Chinese Covid-19 bioweapon. That’s not a coincidence – that’s enemy action.

There’s no doubt that Prime Minister Johnson was infected deliberately, by Germany’s GO2, with a view to extending the transition period with the EU for a further two years. Germany’s plan, backed by the Cabinet Office, was to whack poor old Boris and install the half-crazed Euronutter, no offense intended, Sir Keir ‘von’ Starmer, in Downing St, supported by treacherous Tory Remainers. Starmer would then have cut a deal with Brussels which favored the Evil Empire.

I am not saying that Sir Keir, named for the German agent Keir Hardie, knew what was going on. He’s a Labour leader after all, so ignorance may safely be presumed, no offense intended. He was obviously party to the secret discussions with the Tory rebels, but I seriously doubt that he was in the loop on the plan to assassinate the Prime Minister in the way that say the German agent Harold ‘von’ Wilson was in on the GO2 operation to assassinate his nice predecessor, Hugh Gaitskell.

It’s no great surprise that the attempt to assassinate the President came after his crushing victory against Joe Biden in the first, and so far only, presidential debate, although it was obviously planned weeks before. Whilst it was a scrappy affair the plan to have Democrat Chris Wallace skew the debate in Biden’s favour backfired. As the President rightly surmised, with respect, the Commission on Presidential Debates is backing Biden.

I was initially puzzled at Biden’s performance, since he showed little obvious sign of mental deterioration, even though he’s a Democrat. Then the news broke that he was wearing a wire, something which the moderator ought to have picked up, frankly, always assuming that Wallace hadn’t agreed to it in advance. There is some dispute about it, but on balance I agree that Biden was wearing a wire. It’s not just a question of the equipment having been spotted by experts, who know far about the subject than I do, but of Biden’s body language.

Then we have the Chinese floaters in San Diego Harbor. Since the containment breach in Wuhan last October the Chinese have followed a strategy of deliberately spreading the virus, in particular in the US, Britain and Brazil, each of which benefits from sound conservative leadership. We know that the commies favor assassination as a weapon – hell, they even tried to have me whacked 21 years ago. (Yes, Peter Fong, I know all about it!)

Having a couple of Chinese floaters in San Diego, recently arrived from Cleveland, just after the President, the best-protected man in the world, mysteriously caught Covid-19 in Cleveland just as he was pulling ahead in the presidential race was interesting. I think it’s clear that it was the Chinese who tried to kill the President and that the floaters were involved.

Why the floaters were floating where they were is a mystery we have yet to resolve. Who killed them, or did they die accidentally during an exfiltration attempt? Was there a Chinese ship, a container ship maybe, in San Diego at the time? Container ships are great for exfiltrations – you can hide bunk beds, air-con, a TV, a cooker and a fridge in a rusty old container and no one would look twice.

If the floaters were bumped off it sounds like a hastily arranged job – you’re supposed to weight bodies down before you chuck ‘em in a harbor! (A nice friend of mine, who helped bump off a slightly dodgy earl, no offense intended, taught me that trick years ago, not that as a barrister I needed to dump bodies at sea all that often!)(The earl had been doing a spot of gun-running for the IRA to pay off his gambling debts, then bumped off his nanny, his excuse that he thought that he was murdering his wife going only to mitigation.) Of course the media are obsessing on those members of the President’s entourage with Covid-19, but it’s not just a question of having Covid – it’s a question of which strain and what viral load.

Since the ChiComs are backing Biden assassinating the President would make no sense if the polls are to be believed. The same goes for TIPWNOI, who’s busily organising a commission on the president’s capacity, a coup which would only be necessary if the President were winning.

It seems that neither Peking nor their allies in the Democratic Party are buying the polls. They’re right – the polls are seriously misleading. I suspect that the Democrats’ internal polling data is showing the President with a commanding lead in the key swing states.

Published polling data is adjusted data, not raw. Pollsters are not objective. Most have a left-liberal bias and have been incredibly slow to respond to past failures to accurately predict conservative victories. The polls failed to predict Brexit in Britain and President Trump’s historic victory over Senator ‘let’s throw a TV set at the wall’ Clinton in 2016. They also failed to predict Scott Morrison’s win in the last Australian federal election. My rule of thumb is to add 5% to the conservative’s figure.

The stakes this time are high. President Trump’s re-election could derail China’s march towards domination of the Asia-Pacific region. The Democrats are seriously worried about the Supreme Court, since the next president could get to nominate at least one more justice. They are also worried about immigration, which President Trump could fix in a second term.

I suspect that some pollsters have moved beyond predicting the outcome to influencing it. At the end of the day, the only poll which matters is that on November 3rd, although of course many Americans will have mailed their ballots in before then.

Mail-in ballot fraud could still affect the result, but I sense that the Democrats’ plan to rig the election is putting voters off. Once an electorate gets a sniff of electoral fraud they tend to push back.

Shortly before the last election ABC aired an exciting new political drama series, Designated Survivor. Critically acclaimed, with Kiefer Sutherland, son of the great Canadian actor Donald, playing the leading role of President Tom Kirkman, it revolved around a good man suddenly finding himself president. Although written from a left of center perspective, it was well-made, eventually being taken over by Netflix.

The irony is that shortly after it aired for the first time, an outsider and a good man with America’s best interests at heart, did enter the White House. His name was Donald Trump. He deserves a second term.

The inability of the left and the MSM to grasp that Covid-19 is a Chinese bioweapon continues to astonish. Even now they’re still calling it a disease, as though it was some naturally occurring thing. They’re also still trying to scare everybody to death.

Panicking governments and malicious civil servants between them have managed to inflict huge, unnecessary economic loss, when all along there has been a cure – several in fact – and a vaccine is just around the corner. As more people are tested more people are discovered to have Covid. It doesn’t necessarily mean that the bioweapon is spreading.

A kind reader has sent me a report of an interesting statement by the WHO’s Head of Emergencies, Dr Michael Ryan, to the WHO’s executive board last Monday. Dr Ryan is reported to have claimed that about 10% of the world’s population has been infected. That’s about 780 million people.

I only name kind readers who send me stuff with their consent, by the way. Most people don’t want to be named, and I don’t blame them.

Congratulations to Lewis Hamilton on his magnificent achievement yesterday in equalling the late Michael Schumacher’s record of 91 Grand Prix victories. It’s a greater achievement than his fans realise.

The DVD have had a strategy of murdering non-German Formula 1 drivers for decades. As I explain in Spyhunter they murdered Mike Hawthorn in 1959 (staged road crash), Jim Clark in 1968 (racing car sabotage) and Graham Hill in 1975 (altimeter sabotage on an aircraft, coupled with bad faith air traffic control directions steering Hill’s aircraft over high ground). Dark suspicions remain about the death of the brilliant Brazilian driver Ayrton Senna in 1994. He was Michael Schumacher’s greatest rival.

Graham Hill, murdered by the DVD in 1975

Lewis has also had to battle with biased stewards, software sabotage and a hostile FI administration. In a way my exposure of the FI murders has probably helped him, making sabotage more difficult.

The withdrawal of Valtteri Bottas, the latest ‘Flying Finn’, from yesterday’s race, means that Lewis has a 69 point lead in the Championship. Schumacher’s other world record – seven World Championships – is now within his reach. Lewis Hamilton is not just a winner, he’s a true sportsman and a gentleman on and off the track.

HELEN REDDY: This fine Aussie singer, sadly, has passed since my last column. Her most famous recording was the feminist anthem I Am Woman, a wonderful song. (I may not be a feminist, but I can still enjoy wonderful feminist music!)

Although she moved to LA I suspect that she always remained an Aussie at heart. Her mother, Stella Campbell, appeared in the 60s on the Aussie police drama Homicide, which I remember even if most of you don’t! (It wasn’t bad.)

I Am Woman was not Helen’s only song of course. She enjoyed a lengthy career, both as a singer and TV host. Helen Reddy was a wonderful talent and the world is a poorer place without her.