The Trump administration is pushing the US war on Iran into high gear with these new ramped-up sanctions that are more extreme than just about any sanctions anyone has ever applied anywhere.

These sanctions are now stopping basic medical equipment from getting into Iran such as the Mepilex dressings from Sweden that are used to treat wounds, serious wounds. Apparently, Trump and his Zionist backers want Iranians to be wounded and not to heal. They want to inflict horrific pain on ordinary Iranian people.

Why would they do that? Well, the Zionists obviously have a sadistic personality disorder. They’ve perpetrated by far the worst Holocaust ever in modern history by not only destroying Palestine but also dragging the US into wars that have killed well over 10 million people. It’s 27 million, according to Dr. Gideon Polya who’s a Jewish scientist operating out of Australia.

So this worldwide holocaust that was launched by the Israeli-designed 9/11 false flag operation consisting of the murder of 3,000 Americans to trick the United States into using its military to destroy the Middle East on behalf of Israel.

And again this is a holocaust far beyond anything Hitler even dreamed of. And it’s being perpetrated by Zionists. And yet, we’re not allowed to say that here in the United States, where all of the media essentially is dominated as Philip Weiss, the former New York Times journalist another Jewish fellow who tells the truth like Gideon Polya points out, is under the control of Jewish Americans who have a soft spot in their hearts for Israel, and skew all the news towards the Israeli perspective. 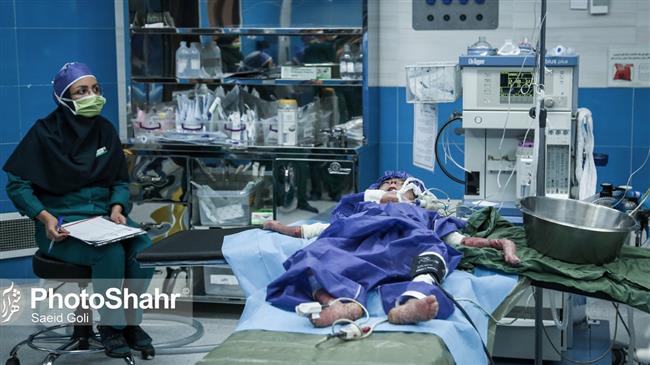 So the US is really an Israeli occupied territory. It’s waging a worldwide holocaust, and these criminal sanctions on Iran are the latest and perhaps in some ways most extreme example.

I suppose Iranians can take heart in the fact that Trump is not only killing Iranians by stopping basic medical care there and worsening the crisis caused by the COVID pandemic among other things, but he’s done the same thing here in the United States and elsewhere.

The United States right now is on the brink of a new Civil War thanks to both the crazy policies of Trump and the Zionist Kosher Nostra that put him in office, and also the so-called opposition to Trump which is also Zionist – the liberal Zionist opposition, consisting of the billionaires who own the Democratic Party, who have been funding rioting and arsons all over the country, among other things, working on a divide and conquer strategy.

And so the US is going down too. Americans are going to be suffering. And I suppose many people will say it’s their karma, or it’s the retribution of God for what they’ve done. And I only pray to God that He will have mercy on not just the criminals here; frankly—I’m not so interested in that— but on all of the 300 million-plus Americans who’ve gone along with the worst holocaust ever in human history, and who are just going about their lives paying no attention as the US now forces Iranians with wounds to go without bandages and stops other medical equipment from getting into Iran. 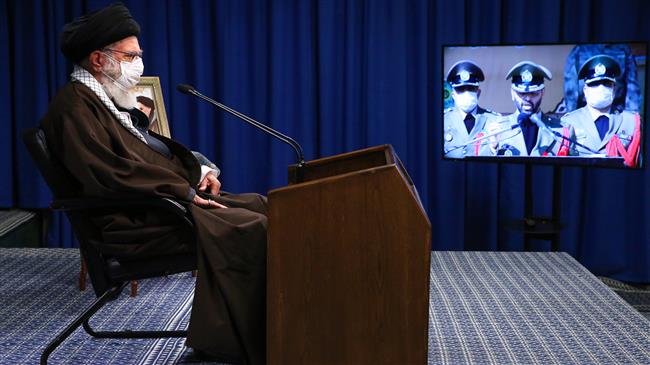 Leader: Iran to turn ‘maximum pressure’ into US ‘maximum disgrace’

Iran’s Leader says the Islamic Republic will continue to resist until facing the US with as much disgrace as is possible.

Dr. Kevin Barrett is an American author, journalist and radio host with a Ph.D. in Islamic and Arabic Studies. He has been studying the events of 9/11 since late 2003.