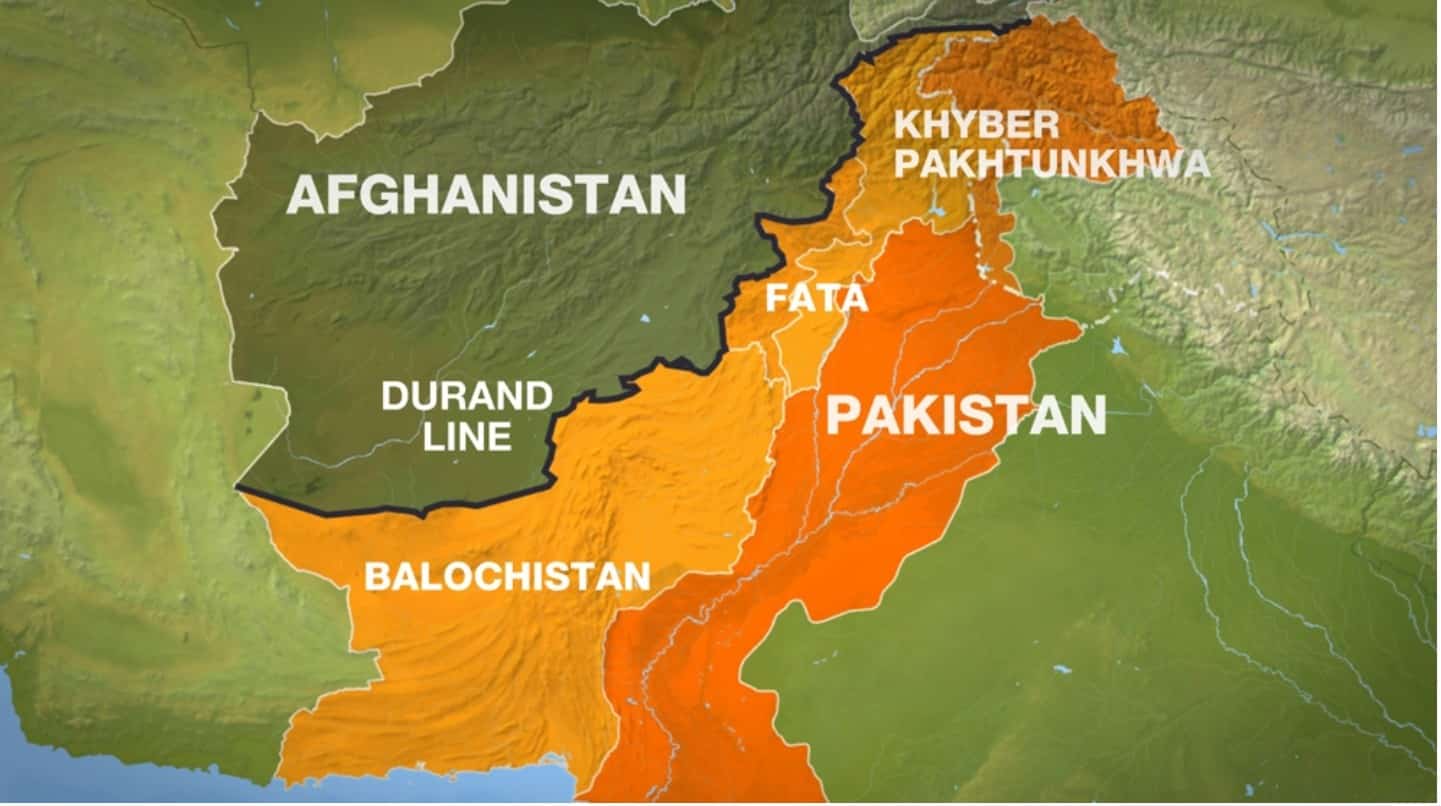 In a tweet, the US President Donald Trump surprisingly announced on October 7, this year that all US troops in Afghanistan could be home by Christmas, putting an end to America’s longest war.

According to the US former officials, “Less than a month before the presidential election, President Trump’s abrupt vow to bring home troops from Afghanistan by year-end is a sign of how he may feel increasingly unchained to push through a foreign policy wish list he hopes could appeal to voters”.

US analysts warned that President Trump’s plan would weaken Kabul’s position in the intra-Afghan talks and would further strengthen the Taliban, who already have an upper hand on the ground.

Notably, a landmark agreement between the US and the Taliban was signed on February 29, 2020 in Doha-the capital of Qatar for bringing peace to Afghanistan.

In the agreement, it is committed that within the first 135 days, the US will reduce its forces in Afghanistan to 8,600 from the current 13,000, working with its other NATO allies to proportionally reduce the number of coalition forces over that period, while America would withdraw all forces from Afghanistan in 14 months. While the Taliban committed not to allow al-Qaeda or any other extremist group to operate in the areas they control.

In this regard, Laurel Miller, who served as acting US special representative for Afghanistan and Pakistan, said: “Trump appears to have put his re-election bid above US national security concerns and relations with allies, who serve alongside American troops in Afghanistan.”

Reacting to President Trump’s sudden decision, NATO Secretary General Jens Stoltenberg stated on October 9, this year that its members “would consult and decide together on when to leave Afghanistan…NATO will end its mission in Afghanistan only when conditions on the ground permit”.

On the other side, Taliban welcomed American President Donald Trump’s announcement and called it a “very positive step” towards the implementation of the US-Taliban peace deal.

In the joint conference, with Foreign Minister Qureshi, Abdullah Abdullah said that,

Afghanistan will never “allow its soil to be used by extremist forces, posing a threat to any other nation…the start of intra-Afghan talks between Kabul and the Taliban was an important opportunity, as it offered the best hope to the war behind us…Pakistan and Afghanistan are facing several shared serious threats and challenges, including terrorism, extremism…COVID-19…There is great scope for cooperation.”

Foreign Minister Qureshi assured Afghanistan that Pakistan completely supported its peace initiative, adding that Islamabad wanted to be “friends not masters with the neighboring nation…the new realization and recognition if we have to coexist in peace and build a common future…our security and stability is interlinked…a political settlement is the only solution to the Afghan conflict”.

However, these statements were part of optimism regarding the peace process in Afghanistan and Afghan ruler Abdullah’s double game.

For example, ignoring the fact that New Delhi is destabilizing Afghanistan and Pakistan, during his trip to India, in an interview with ThePrint, Afghan leader Abdullah Abdullah said on October 10, this year that in the meeting with PM Modi, he discussed Kabul’s talks with Taliban and empahsised India’s role in the process—India has been supporting Afghanistan.

According to ISPR, “matters related to mutual interest, peace and stability in the region; Pak-Afghan border management; and current developments in the Afghan peace process were discussed during the meeting. Special Representative for Afghanistan Ambassador Mohammad Sadiq was also present…The visiting dignitaries appreciated Pakistan’s positive role in furthering the Afghan peace process”.

Negotiations between Afghan government and the Taliban were finally held in Doha on September 12, 2020, but produced no results.

Concerning the negotiations, Zalmay Khalilzad predicted on September 25, 2020 that the Taliban would not accept a permanent truce until a political deal is reached with the Afghan government. He added that, in the Doha talks, the two sides have spent more than a week deciding agendas and the manner in which the two sides will be conducting the negotiations.

In this respect, at a hearing in the US House of Representatives, Zalmay Khalilzad warned on September 22, 2020 that violence in Afghanistan remains unacceptably high, and Washington expects more setbacks in ongoing peace talks between Taliban militants and the Afghan government to end two decades of war.

Mr. Khalilzad stated that the decision regarding Afghan peace talks in Doha will be made after the US elections in November.

Earlier, Afghan President Ghani has used various pretexts and delaying tactics in completion of the US-Taliban agreement, including release of the Taliban prisoners. Sometimes, he availed the opportunity of coronavirus pandemic, and sometimes he refused to set free those Taliban, allegedly saying that they had been involved in human crimes.

It is regrettable that on the direction of India, in the recent past, Afghan President Ghani accused Pakistan for terror attacks in Afghanistan.

In fact, New Delhi and Kabul, which are creating obstacles against a reconciliation between the Taliban and the Afghan government, are also exploiting America’s dual policy in Pakistan, China, Russia and Iran.

Regarding Indian activities in Afghanistan, the then NATO commander General McChrystal had pointed out, “Indian political and economic influence is increasing in Afghanistan…[and] is likely to exacerbate regional tensions.”

Besides, a US-Taliban peace deal would likely render Indian proxy support against Pakistan ineffective. It suits Indian designs for Afghanistan to keep simmering, without moving towards peace.

In this context, reliable sources as mentioned in Pakistan’s media on August 18, 2020 disclosed that Afghanistan-based the Tehreek-e-Taliban Pakistan (TTP) has merged with its splinter groups Jamat-ul-Ahrar (JuA) and Hizb-ul-Ahrar (HuA) in Afghanistan. Their sole objective is to restart terrorist activity in Pakistan, while simultaneously sabotaging efforts to restore peace and stability in its war-ravaged Afghanistan.

Afghanistan’s National Directorate of Security (NDS) and Indian RAW played a key role in their reunification. The agreement, reportedly, designated Mufti Noor Wali as the amir (Chief) of TTP, making him responsible for all planned terrorist activities inside Pakistan and Afghanistan.

According to the UN report of July 26, 2020, “The banned Tehreek-e-Taliban Pakistan and its splinter group Jamaat-ul-Ahrar (JuA) continue to target Pakistan from their bases in Afghanistan…the significant presence of ISIL-K (The Islamic State of Iraq and the Levant Khorasan) in Afghanistan”, which the UN warns “now pursues a global agenda”.

Taking cognizance of the present drastic situation, in his article published in The Washington Post on September 26, 2020, Prime Minister Imran Khan has warned against “hasty withdrawal of foreign powers from Afghanistan” and also cautioned that “regional spoilers could use instability in the worn-torn country for their own vested interests…no people have paid a higher price for the conflict in Afghanistan than the people of Pakistan…peace and political stability in Afghanistan could not be imposed from the outside…Only an Afghan-owned and Afghan-led reconciliation process, which recognises Afghanistan’s political realities and diversity, could produce a lasting peace…Pakistan continued to be the target of attacks launched by externally enabled terrorist groups based in Afghanistan…these terrorist groups pose a clear and present danger to global peace”.

It is worth-mentioning that Foreign Minister Qureshi met Zalmay Khalilzad at Islamabad on July 1, 2020. After the meeting, Qureshi stated that “Pakistan is ready to cooperate with regional and international stakeholders for enduring and peaceful political solution to the Afghan issue…the development of whole region depends on establishment of peace in Afghanistan…India has been continuously trying to destabilize Pakistan to divert attention from its internal chaos…India is interfering in Balochistan province of Pakistan at the same time it is also adversely affecting peace efforts in Afghanistan.”

Zalmay Khalilzad who, repeatedly, visited Pakistan and met country’s civil and military leadership admired Pakistan’s role in the US-Taliban peace dialogue. It was due to Pakistan’s key role in Doha that on February 29, this year, the US and the Taliban signed the historical agreement.

Afghan people have suffered from the War on Terror, security issues and political economic instability since the US invasion in 2001. In order to check Indian influence in Afghanistan, Pakistan played proactive role in development of damaged infrastructure as well despite monetary constraints.

About 500,000 refugees-students are enrolled in various schools, colleges and universities in Pakistan—having been offered 3000 fully-funded scholarship for higher education for Afghan students. And around 35,000 Afghans have completed their graduation and Masters from Pakistan in last three decades.

Afghans are treated with respect in Pakistan. Islamabad’s investment in Afghan infrastructure development is praised by Afghans as well.

Therefore, Pakistan cannot afford instability in Afghanistan, as there is interrelationship of Pak-Afghan stability. India knows that peace in Afghanistan means peace in Pakistan. So, RAW will ensure that Afghanistan should never become a peaceful country.