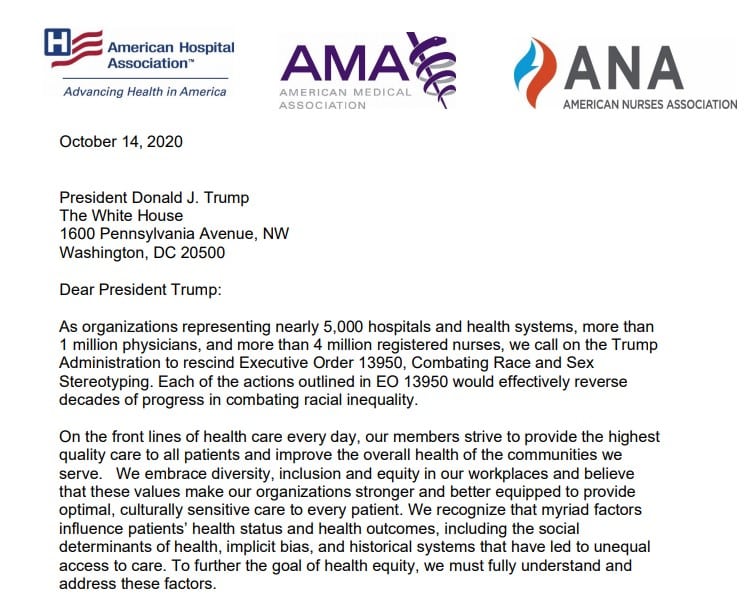 The AMA, American Hospital Association, and American Nurses Association called on Trump and his administration to rescind Executive Order 13950 which blocks ‘race and sex stereotyping.  This order would reverse decades of progress in fighting racial inequality as it would prohibit federal agencies from the conduction of and funding for trainings that promote racial reconciliation. Yet another ‘what is he thinking?’ act…Carol