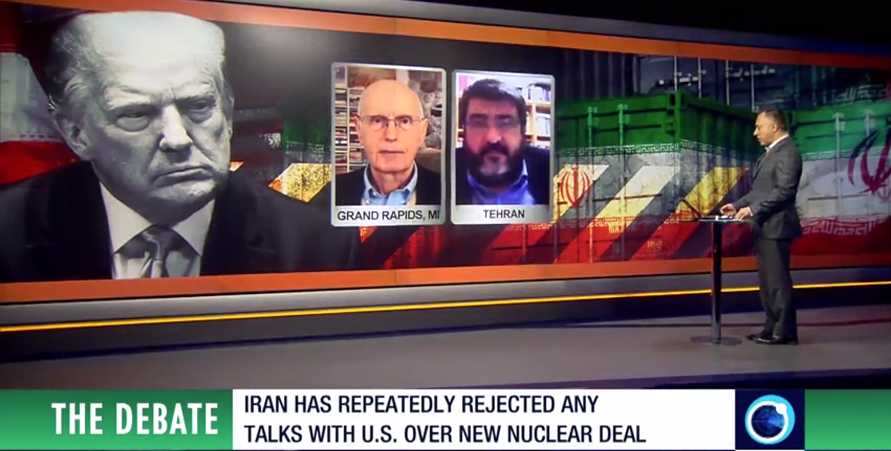 [ Editor’s Note: Trump, Pompeo and the ‘Munchkin’ are reaching the bottom of the barrel when it comes to sanctions, but their days may be numbered if the election brings in a new administration which had spent years negotiating a JCPOA that the Trumpsters tore down as quickly as they could.

As I cover in my interview time below, the sanctions strategy has backfired by first keeping the Iran economy running under war time conditions, meaning that Trump unified Iranians to become more self-reliant in producing as much of their needs domestically, and then also expanding exports of non energy related items.

With that came the bonus that their government spawned continual investment in all sectors of its economy to keep employment high, which has been a source of pride in its people that it cannot be starved out.

And second, the sanctions have pushed Iran closer to both China and Russia, who are also on the sanctions shooting range, so they are forming a defensive coalition.

Iran is a key area of the New Silk Road plan, by both land and sea, and China has openly stated that its investment in new port construction with Iran outside of the Persian Gulf, will be a ‘dual use’ facility, meaning a future Chinese naval base for its growing navy.

China is now the only country predicted to have come through Covid with a positive growth rate, so its military build up to counter the US move to keep the US Navy constantly patrolling the Chinese perimeter waters will continue its current boom.

It has a crash nuclear submarine program expansion to produce a dozen to counter the current US advantage. I just found this satellite photo that shows entire new shipyard facilities under speedy construction.

If not for the US aggressive plans to bring both China and Russia under the guns of a first strike capability, both would have kept more development spending in the commercial economy.

So the US policy is stimulating a much higher level of military defenses arrayed against it, while the US is totally broke and living off of borrowed money which it can never repay.

With our Pretend-a-President’s disastrous handling of the coronavirus that he claimed early on would just go away, our economy is more crippled as we lead the world in infections and deaths.

This will be Donald Trump’s legacy, and if the Israelis can scam the election for him, it will be even worse if he is given another four years for he and his gang to pillage the country.  Thus ends my cheery message for the day… JD ]