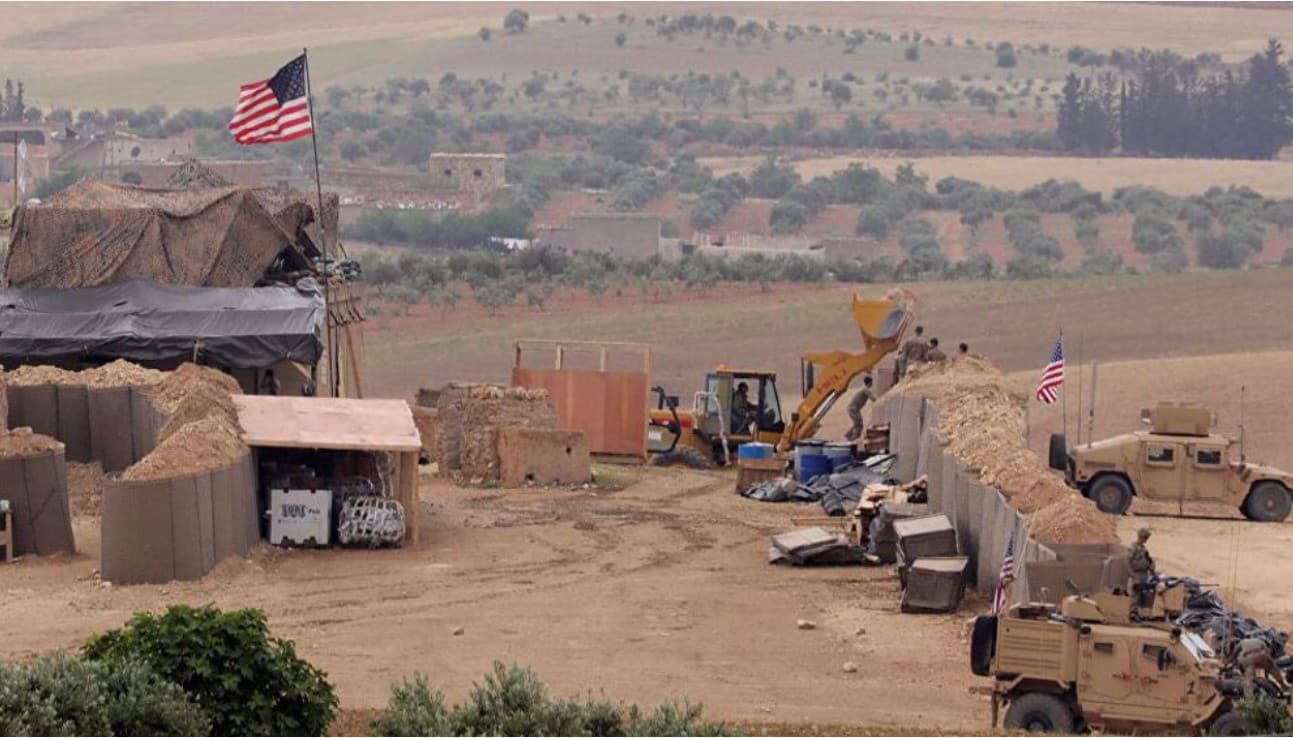 Note: The reports below outline negotiations now ongoing for a variety of things:

Please struggle through the text below as best possible.  Our apologies.

The scene of the commencement of negotiations to demarcate the borders between Lebanon and Israel, the scene of the prisoner exchange in Yemen, including three Americans, and each of Iran and America are strongly present in the two scenes and the talk that is said about attempts to revive the Syrian-Israeli negotiations. All this confirms that the so-called axis of resistance has begun to pursue realistic policies. Flexible
The region’s intertwined, complex and inflammatory files may be put on the solution table, regardless of the American elections

The scene of the prisoner exchange in Yemen, including three Americans, and each of Iran and America are strongly present in the two scenes, and the words that are said about attempts to revive the Syrian-Israeli negotiations, all of this confirms that the so-called axis of resistance has begun to pursue flexible and realistic policies.

And that the region’s tangled, complex and inflammatory files may be put on the solution table after the American elections, regardless of the outcome

Arrived Wednesday evening in Washington, the director of the General Security of Lebanon, General Abbas Ibrahim, yesterday began his talks in the American capital, with a meeting with officials of the CIA and the FBI.

What does America want from Assad? With the approach of the US presidential election, President-candidate Trump, who is in the depths of the polls, would be ready to withdraw his troops from al-Tanf, a strategic base that the United States continues to occupy with some 500 special forces just to please to Israel.

And this in exchange for the release of US agents in the hands of Damascus. Suddenly the pro-terrorist and therefore pro-Israel sites panic: a US withdrawal from al-Tanf would bring the Syria / Iraq / Jordan border triangle into the hands of Assad’s Resistance allies. But there is worse: it is

The officer carried out this visit which was to last a few days in response to an invitation addressed to him by the adviser to the American National Security Council Robert O’Brien.
The objective of this visit has not yet been officially announced but according to the pro-terrorist information site Enab Baladi “Ibrahim would discuss with the American officials the release of American prisoners, held in Syria”.

Robert Satloff, executive director of the Washington Institute for the Near East, wrote on his Twitter account that General Ibrahim would meet with US officials involved in the issue of the release of US agents to discuss the fate of Americans detained in Syria.

Washington will not have to agree to withdraw its troops from the al-Tanf base, in exchange for the release of the hostages because it will be a strategic defeat for the United States and a great victory for the Syrian government, Iran and Hezbollah, ”says Robert Satloff.

For his part, Ayman Abdel Nour, president of the new group “Syrian Christians for Democracy”, wrote on his Twitter account that “the main demand of the Syrian government in exchange for freeing the American hostages would be to cancel the Caesar law”.

Syria: the USA caught off guard in al-Tanf!

In June 2019, Abbas Ibrahim mediated for the release of a US citizen who was detained for 62 days in Syria. A month later, a Canadian was also released thanks to the mediation of the Lebanese general.

On the other hand, Abbas Ibrahim’s visit could be linked to the internal affairs of Lebanon, especially since this country has just started negotiations with Israel for the delimitation of its borders, under the aegis of the United States and of Lebanon. the UN.

Post-Caesar Syria: US forces attacked in al-Tanf, US F-15s helpless …

The Americans probably do not believe that they could continue with impunity to divert the Syrian oil which they load with nauseating arrogance on board tankers bound for Kurdistan, when they have just imposed their Caesar law on a Syrian people for whom they take revenge since they were by far the sole winner of one of the long and more complicated wars that America imposed on the Levant.

If they believe that after having blocked the banks, caused a depreciation of the Syrian national currency, set fire to agricultural fields, silos by interposed terrorists, their forces would still have the latitude to operate freely on the east bank of the Euphrates , in Hassaké, in Deir ez-Zor or even in this strategic triangle that is al-Tanf, it is because they have not yet understood that the time for departure has sounded well.

Several terrorists who previously operated alongside the US military on the illegal al-Tanf base have surrendered to the Syrian army.

On June 8,  the terrorists of Mghawir al-Thawra, the militia that the US special forces based in al-Tanf, train, finance and support to attack the Syrian forces, spy on sites to be struck by Israel or sabotage oil sites. , and whose forces are increasingly deserting the US ranks, reported a major anti-US offensive in the southeast near the Jordan / Syria / Iraq triangle.

This attack took place in this famous buffer zone that America has carved out around al-Tanf and where it says it does not “tolerate” either the Syrian army or its allies by threatening to bomb them if they enter it. But the Syrian and allied forces stormed the US positions visibly with missiles and drones.

In april alreadyUS traffickers – who smuggle both oil and terrorists between Syria and Iraq – have already been the target of two spectacular attacks,  the first claiming the lives of Officer Donald and two SDF members and the second resulted in  the capture of US soldiers . In both cases, Centcom denied.

And yet and this is a fact,  without this multiplication of the number of anti-US attacks on the east bank of the Euphrates which would now increase in the light of the Caesar law, the American forces would never have had to resort to anti-drone laser weapons boasted by US trade publications .

The June 8 attack on US forces caused deep panic from afar as it took place too close to the al-Tanf base, Syrian sources say, hence the June 13 appearance in the al-Tanf’s sky of the US F-15s, which well aware of the incapacity of their troops on the ground, made only an unsuccessful show of force. According to the website, South Front, US-led coalition fighter jets conducted a simulated attack within a 55 km radius around the US base at al-Tanf.

The site reports a statement from the “Coalition Special Joint Task Force” which obviously wants the camp opposite to know that it still has its planes and that its planes are active.“The simulated attack was carried out on June 13 by F-15E Strike Eagle fighters,” the statement said.

Syria: Daeshists are transported by the USA

Daesh’s actions are increasing in Syria simultaneously with the threats that Washington is wielding against the country.

Photos of the simulated attack also show several F-15Es armed with air-to-air missiles and guided bombs flying over the 55 km zone. However, there is something particularly pernicious about these photos. The statement of the coalition which affirmed two days ago wanting to remain in Syria to “finish completely with Daesh”, affirms: “The objective of these strikes is to destroy the strongholds of the residues of Daesh operating in the surroundings of al-Tanf.

This means that the Americans, despite having exhibited in these images air-to-air missiles intended to intimidate Russia and the Syrian army, freshly equipped with MiG-29S are afraid: by seeking to starve the Syrian people who for the rest knows perfectly how to cope after 10 years of resistance, America is aware of to have taken the “anti-US guerrilla” up a notch.

Harassed on the ground, the USA could not hold out for too long, especially since since the Turkish strikes against Iraqi Kurdistan, the SDF is coming back to the charge against the USA “which has again sold them to Turkey”.

At the end of May, The Drive  barely mentions the ineffectiveness of US aviation in Syria and the fact that in the event of open conflict the US forces would be far too easy prey. And the review added these comments to an article reporting the repatriation of the F-15s to the United States: “The F-15Es of the 38th squadron of the US Air Force left their base in Jordan” from where “they” supported “coalition operations over Iraq and Syria”. Disappointed by the “mixed” results of their bomb strikes, these devices ended up leaving Syria giving way to “stealth cruise missiles” with which the United States intends to drag on in Syria. And how?

“The choice to use stealth cruise missiles refers to assessments of bomb damage during air strikes. When targets are not destroyed to a satisfactory degree, cruise missiles are fired after US forces have cleared the area safely. Why also exhibit planes when you don’t need them especially since the enemy’s attention is now focused on US aviation? In addition, all other assets that would be required for a direct bombardment mission, including search and rescue and airborne early warning and control aircraft, and more, would not be required for a strike. tracking missile.

This is an assessment that says a lot about the stalemate in which US troops find themselves in Syria. As for the cruise missile solution, Russia already has it. “The capabilities of Russian missile defense systems are now sufficient to repel the strike of 6,000 US Tomahawk cruise missiles at a time. In Syria, these same capabilities have so far prevented America from using their Tomahawks, ”says military observer for TASS news agency Dmitry Litovkin,

Two Russian frigates with ultra-fine caliber missiles are heading for the Syrian coast.