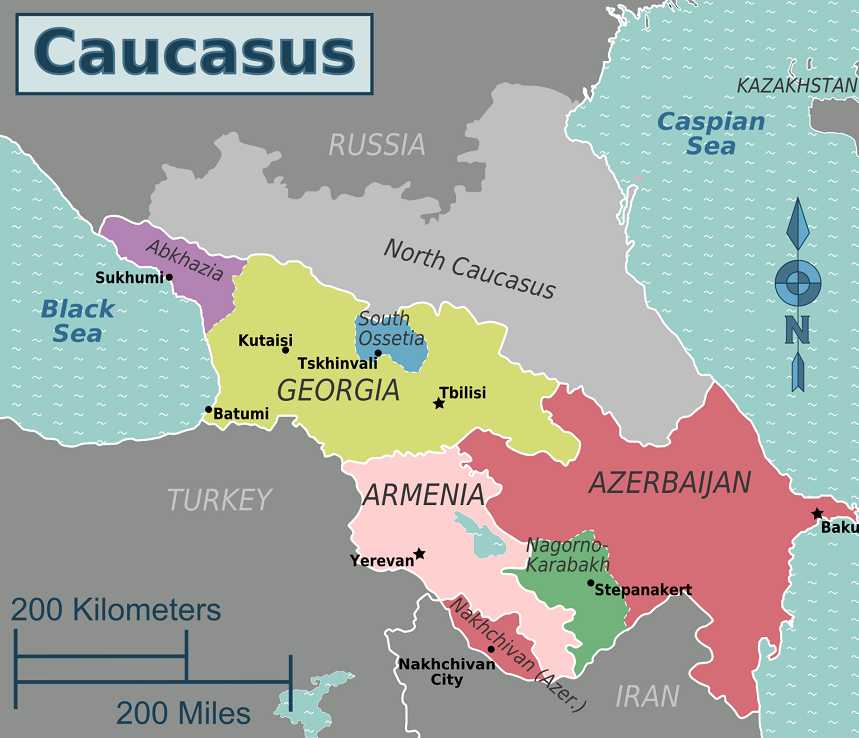 In recent years, many territories’ declarations of independence have been justifiably affirmed through international agreements. The Republic of Artsakh/Nagorno-Karabagh’s declaration of independence from Azerbaijan three decades ago is as legitimate as any of those. Artsakh is the republic’s ancient Armenian name.

Artsakh and Christian Armenia have been under attack by Azerbaijan, Turkey, jihadist terrorists, and ISIS since September 27. Turkey is using its army, American-built F-16 jets, drones, and other weapons against Armenians. Azerbaijan’s arsenal comes mostly from Israel, including illegal cluster bombs being targeted against civilians. Israel is currently resupplying Azerbaijan.

Artsakh, like Armenia, is thousands of years old. In contrast, no country named Azerbaijan existed before 1918. It was cobbled together out of a diverse population of what were called Muslims or Tartars, as well as Armenians, Persians, Russians, and others. No such identity as ‘Azeri’ had ever existed.

We’ll show that Artsakh justifiably and legitimately voted for self-determination as it separated from Azerbaijan, its previous temporary but brutish overlord.

Turkey and Azerbaijan speak Turkic dialects. Therefore, Soviet dictator Josef Stalin fantasized (incorrectly, as it turned out) that Mustafa Kemal (Ataturk) and his incipient Turkish Republic could be lured into the USSR’s web.

So in the early 1920s, Stalin transferred Artsakh — then 96% Armenian — and the Armenian territory of Nakhichevan to Azerbaijan. Stalin’s blunder is the root cause of the present impasse over Artsakh.

Shortly before the transfer, Azerbaijan massacred Armenians in Artsakh, Baku (Azerbaijan), and elsewhere. These crimes were part of the Armenian Genocide that Turkey was already committing from 1915 on.

Stalin also transferred Armenian land to Azerbaijan such that Artsakh became geographically cut off from Armenia. Many majority Armenian areas were also excluded from Artsakh. The latter became a nominally “autonomous” region within Soviet Azerbaijan but, in reality, under the latter’s heavy jackboot.

Artsakh’s long nightmare through seven decades of Azerbaijani rule was due not to Communism but rather to raw Azeri ethno-racial fanaticism.

Under Azeri rule, Artsakh’s Armenians dropped from 95% to 76% of the population — the product of deportations, exile, murder, theft, oppression, and Azerbaijan’s calculatingly importing Azeris to replace the Armenian majority.

The KGB’s Heydar Aliyev — father of current Azeri dictator Ilham Aliyev — admitted to exiling Artsakh’s Armenians and bringing in Azeris. Reported Russia’s REGNUM news agency: “I tried to increase the number of Azeris and to reduce the number of Armenians.”

References to Armenian history in textbooks were excised. Even the written word Artsakh was banned. Baku stole from Armenian schools. The material was sent to Azerbaijan. Many schools, orphanages, and libraries were shuttered.

Food processing factories were closed and the equipment transferred to Azerbaijan. Hundreds of thousands of tons of meat, dairy products, and wool were sent to Azerbaijan instead of being provided to local Armenians.

Armenian leaders who protested were often imprisoned or sent to Siberia on orders from Baku. Farms and cattle were confiscated. Armenians were frequently banished. Their apartments were given to Azeri immigrants.

Museums were looted of precious artifacts, particularly those that proved Artsakh to be ancient Armenian land. Murderous Azeri gangs were protected by Baku.

Inscriptions in the Armenian alphabet on ancient monuments were depicted as Azeri. Armenian cemeteries were destroyed. Complaints by Armenians to Baku went unanswered.

Petitions by Armenians were sent to Soviet Premiers Nikita Khrushchev and Leonid Brezhnev in 1965 and 1977, to no avail. Fast forward to the late 1980s and early 1990s as Artsakh broke Baku’s chokehold and voted for self-determination.

Azerbaijan’s response was, as noted above, massacres. Azerbaijan then invaded Artsakh. But Armenians defended their honor and native land and were victorious.

During the war, Azerbaijan deployed thousands of foreign jihadis and terrorists such as Afghan Mujahedin, Chechen militants, and Turkey’s Grey Wolves fascists to fight Armenians. Azerbaijan and Turkey are doing exactly the same thing these past weeks.

These things tell us everything we need to know about Azerbaijan’s and Turkey’s malign political culture and intentions.

Azerbaijan is now executing captured Armenian POWs and filming them. Azerbaijan is a dictatorship. Artsakh and Armenia are reformist democracies.

The official U.S. Commission on International Religious Freedom cites Azerbaijan for “engaging in or tolerating severe violations of religious freedom.”

At a NATO English language course in Hungary in 2004, Azeri Lieutenant Ramil Safarov axed Armenian Lieutenant Gurgen Margaryan to death. Safarov was convicted and imprisoned. But later, Hungary illegally transferred him to Azerbaijan, where was greeted as a national hero, awarded a medal, promoted, and given an apartment.

Imagine you lived in Artsakh. Would you ever submit to even nominal Azeri rule? Of course not.

Had Artsakh’s Armenians not voted and fought for self-determination, they would eventually have suffered the same fate as Nakhichevan’s Armenians: By 1989, Azerbaijan had forced every Armenian to leave.

Using pickaxes and dump trucks, Azeri soldiers even obliterated a 9th Century Armenian Christian cemetery in Nakhichevan along with thousands of intricately carved headstones. View the live video on Youtube’s “New Tears of the Araxes.”

The unjust decision and grave error made by Stalin must be corrected.

As Azerbaijan, Turkey, and jihadist terrorists continue their attempts to depopulate and occupy Artsakh, international recognition of the latter would help immeasurably. The French parliament is now discussing doing so.

Artsakh deserves to be formally recognized right now as the independent and democratic republic it is. Artsakh awaits the awakening of the world’s conscience before it’s too late.

Much of the author’s work can be found at armeniapedia.org. He also chairs the Armenian Americans for Human Rights.