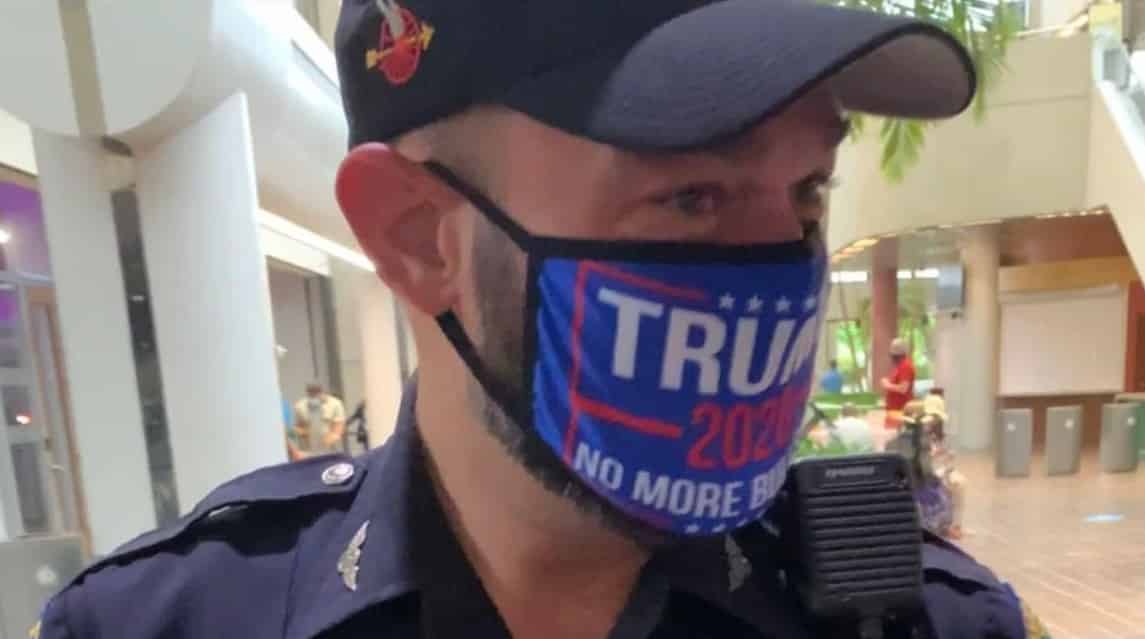 Daily Beast: A Miami police officer photographed wearing a pro-Trump mask near a voting site while in full uniform will be disciplined, the Miami Herald reports.

We are aware of the photograph being circulated of a Miami Police officer wearing a political mask in uniform. This behavior is unacceptable, a violation of departmental policy, and is being addressed immediately. pic.twitter.com/E3eO0IQh0f

His name is Daniel Obeda.
Additionally the photo was taken at a polling station. This looks like voter intimidation. pic.twitter.com/fPttIfHVYP

Daniel Ubeda was spotted by a local Democratic Party chairman, who posted a photo to social media. No one is allowed within 150 feet of a voting center unless they are going to vote.

Why is Daniel Obeda campaigning for Trump during work hours in full uniform inside a polling place? https://t.co/MZLP0HAn7w

“He may have been going to vote. But he was in full uniform with the mask and a gun. That’s voter intimidation,” said the chairman, attorney Steve Simeonidis, who added that Ubeda “laughed it off” when questioned about his mask.