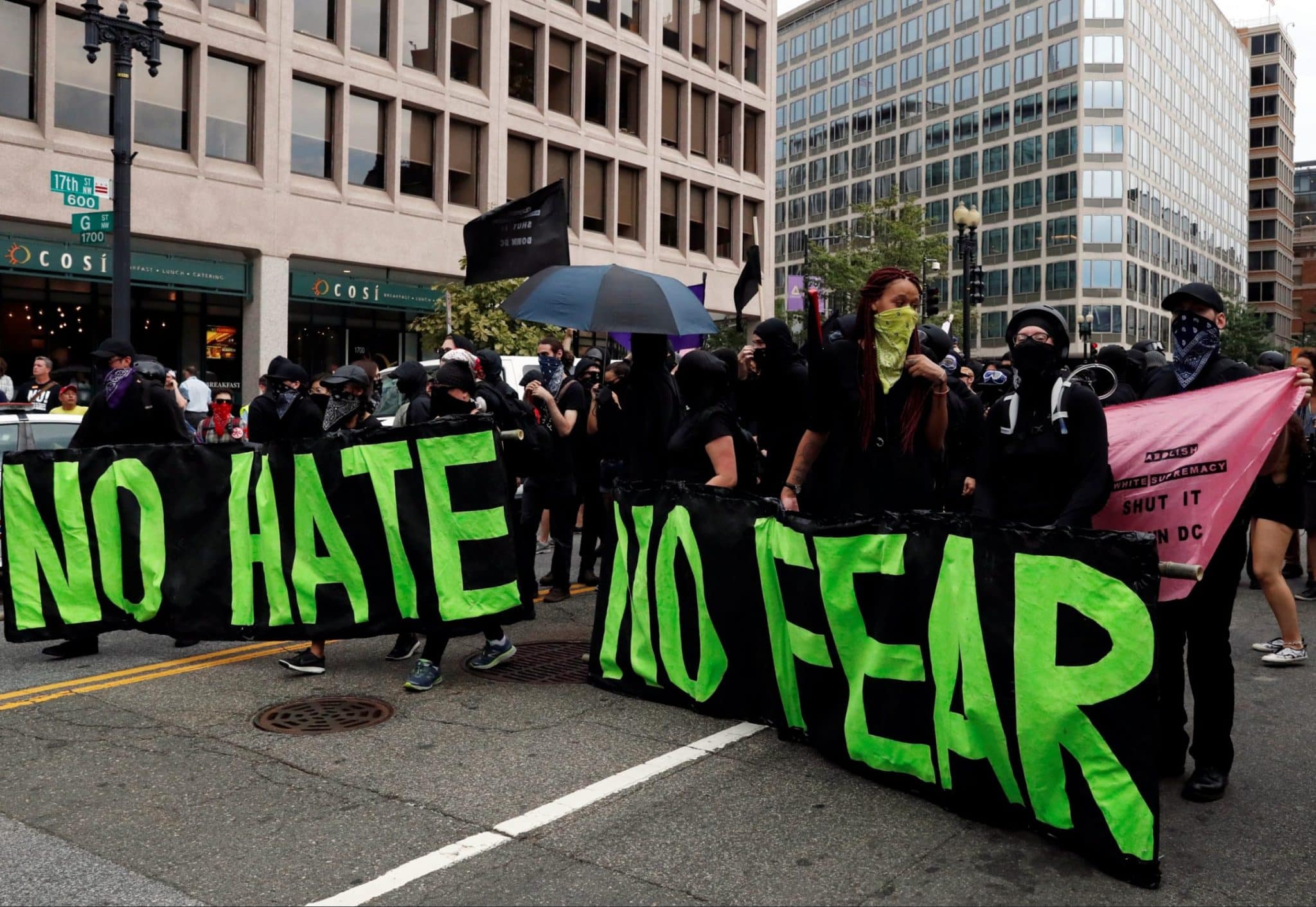 Daily Beast: Very few of the hundreds of people arrested in the protests following the death of George Floyd are officially affiliated with radical left-wing groups like antifa, the Trump administration’s favorite bogeyman, according to the Associated Press.

They've been portrayed by the president as violent left-wing radicals and used to scare suburban voters. But an @AP review found most of those arrested in U.S. protests look like regular citizens caught up in the moment — many are young suburban adults. https://t.co/W95J59fkbw

While the President says hundreds of people being arrested during protests are part of far-left antifa, thousands of pages of court documents show those arrested are regular adults.​ https://t.co/cc2u6hLrBp

Having poured through thousands of pages of court documents related to over 300 protest-related federal criminal charges for offenses like property destruction or disorderly conduct, the AP found that most were not the highly organized, urban-dwelling leftists Trump has made them out to be.

"Organized ANTIFA" were people like my father 🙏🏼and every World War Two Veteran. THESE ARE NOT "BAD PEOPLE".

Arrests during summer of U.S. unrest were of ordinary people, not organized Antifa | https://t.co/Sx4U1x1sWb https://t.co/W0UdY9vUJG pic.twitter.com/Wuc0ehq1S5

In reality, over 40 percent of arrestees were white, over two-thirds were under 30 and many were from the suburbs—the places President Trump keeps vowing to protect from antifa.

Trump goes to Michigan and mocks Governor, where 14 arrests were made of Rt Wing militias, then calls on FBI to go after Antifa. How absurd can one man be?

The AP found only one passing mention of “antifa” in a Boston shooting case. In September, FBI Director Christopher Wray told a congressional panel that antifa is more of “an ideology or a movement,” not a formal organization.