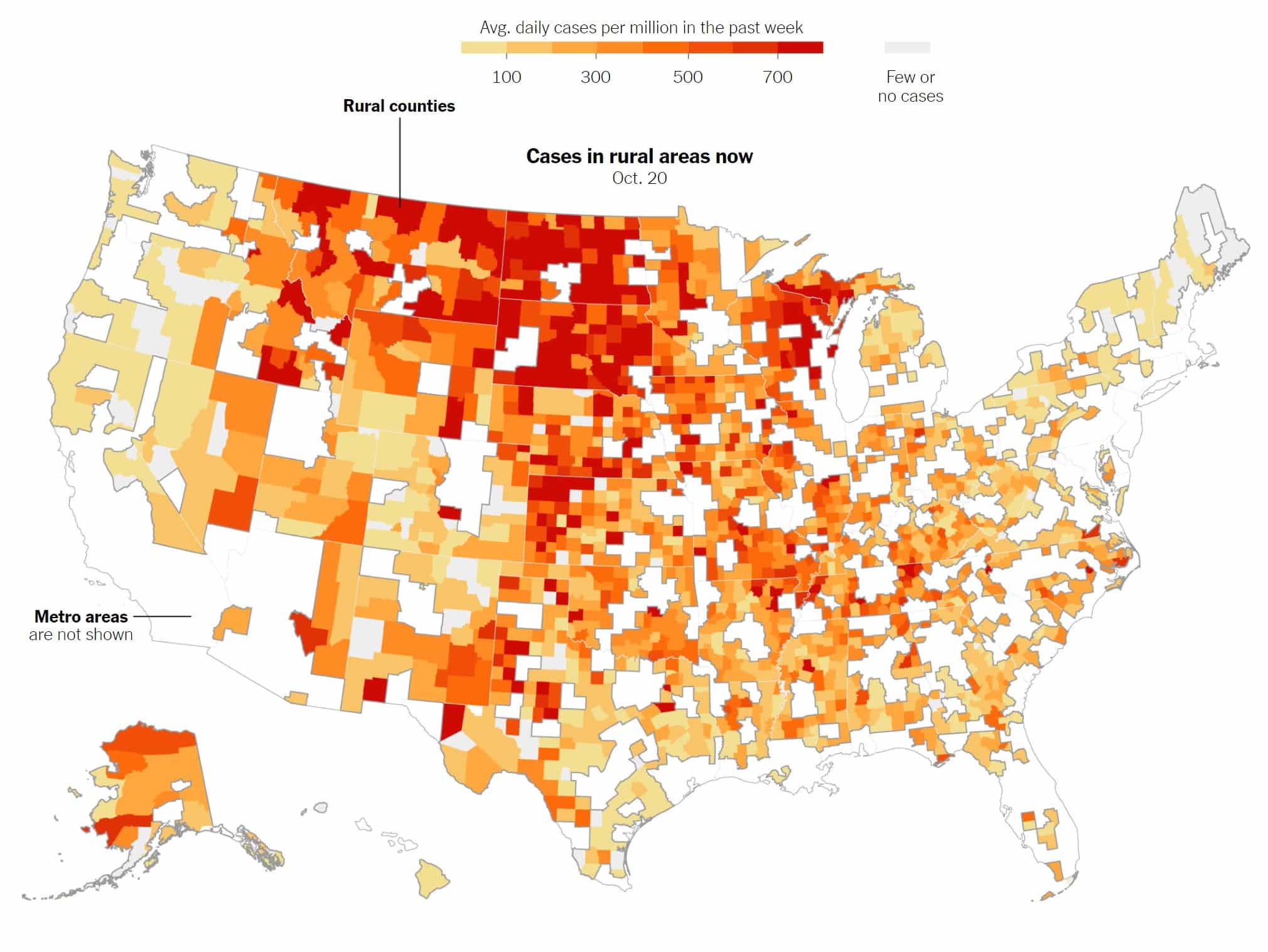 The coronavirus was slow to come to Foster County, N.D., a community of just over 3,000 people in the eastern part of the state. When virus cases surged in the Northeast in the spring, the county recorded just one positive case. When national case counts peaked in mid-July, it had recorded just two more.

But by Tuesday, about one in every 20 residents had tested positive for the virus. More than half of those cases were reported in the past two weeks.

Most of the worst outbreaks in the United States right now are in rural places like Foster County. Where earlier peaks saw virus cases concentrated mainly in cities and suburbs, the current surge is the most geographically dispersed yet, and it is hitting hard remote counties that often lack a hospital or other critical health care resources.

Since late summer, per capita case and death rates in rural areas have outpaced those in metropolitan areas.

The total number of coronavirus cases and deaths in rural places remains smaller than those in cities because of the comparatively low population in rural areas. But the rural share of the virus burden has grown over time.

Now, about one in four deaths from the virus is recorded in a rural county. That stands in contrast to March and April, when almost every death was in a metropolitan area, as the virus tore through the Northeast, after early clusters in the Seattle area and populous parts of California.

Read more at NY Times (no pay wall on this article)