Order sealing his criminal record, allowing him to travel in and out of Canada as a terrorist:

This is his sealed arrest record, weapons charge and sexual exploitation of a minor, yet he crossed freely in and out of Canada: 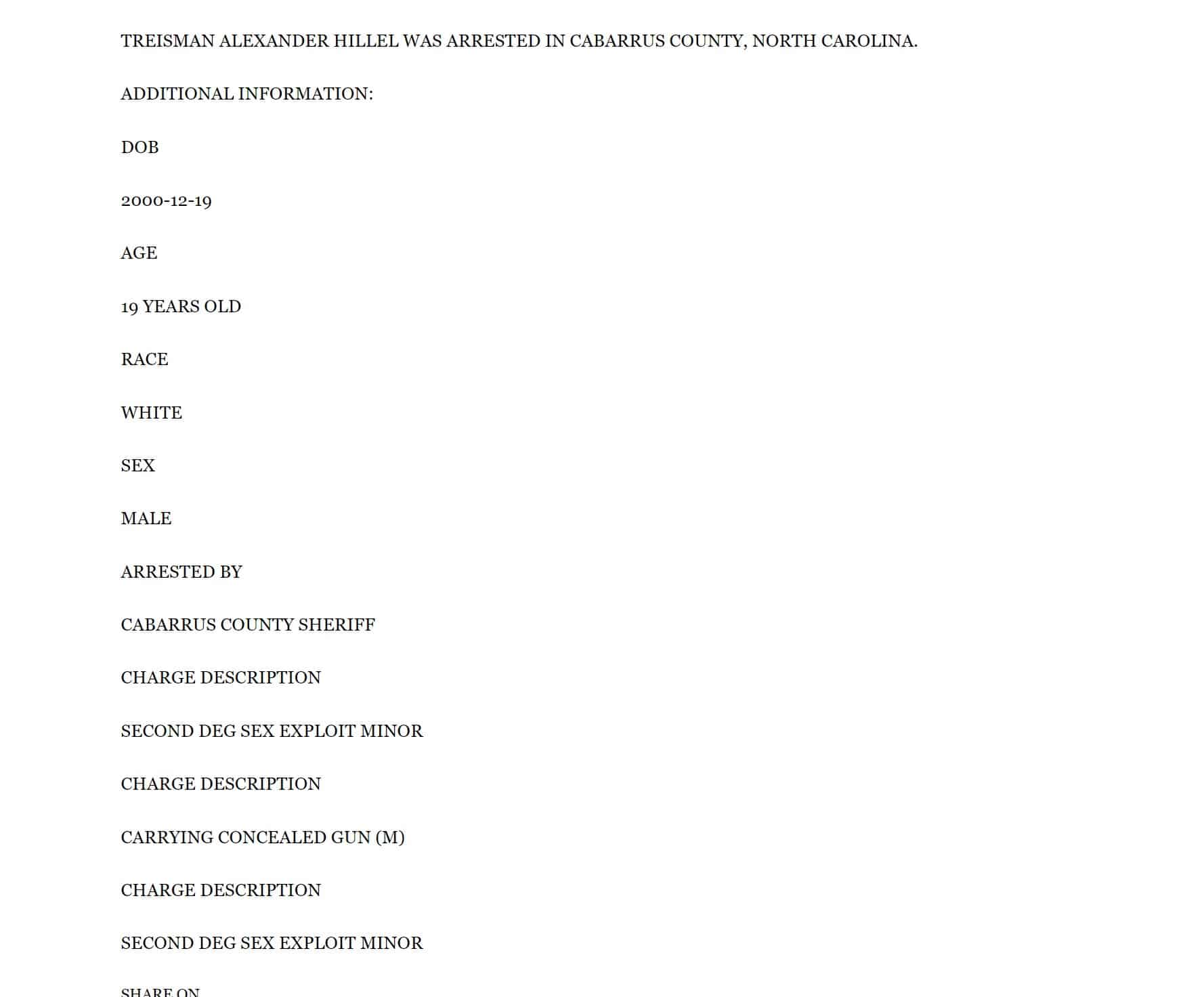 Treisman was arrested May 28 after officers from the Kannapolis Police Department in North Carolina responded to reports of an abandoned van outside a Fifth Third Bank. Through the windows of Triesman’s van, officers saw an AR-15 assault weapon, a box for a Taurus .380 handgun, a canister of the explosive material Tannerite and a box of 5.56-caliber ammunition, according to the order.

A search of the vehicle revealed even more weapons: a Sig Sauer AR-style rifle, a 9 mm Luger, a .22-caliber rifle and a bolt-action rifle, the order said. The search also turned up books about bomb making and drawings of swastikas and planes crashing into buildings, the order added.

After officers towed the van, Treisman returned to the Fifth Third Bank in a new vehicle in which police reported finding two more guns. Officers also found three state ID cards, including a Florida driver’s license bearing the name Alexander S. Theiss, with a date of birth that differed from Treisman’s, according to the federal filing.