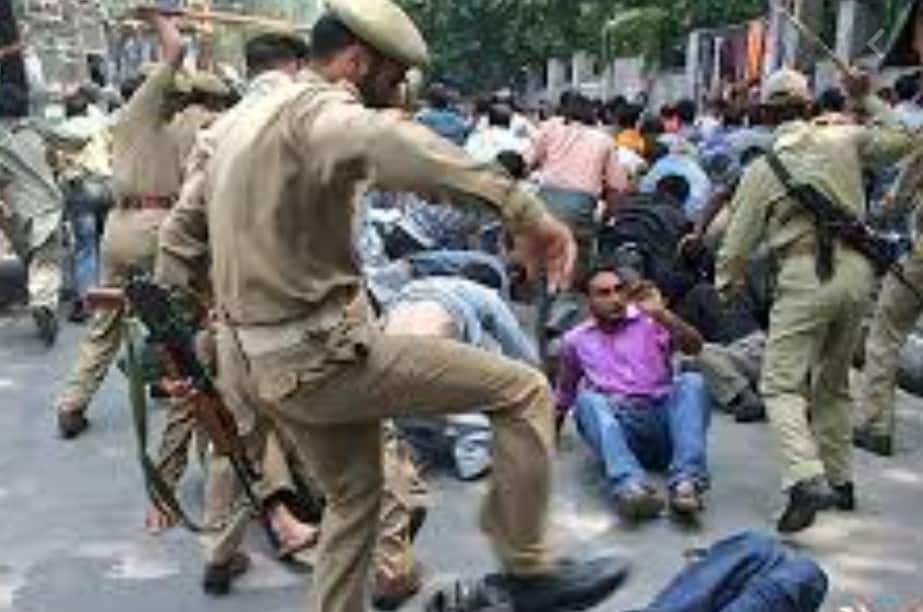 While the prolonged war has depressed the Indian security forces in the Indian Occupied Kashmir (IOK), the Central Reserve Police Force (CRPF) has sought land in Jammu and Kashmir to set up permanent camps for its battalions.

So the question arises as to how India will station its security forces in Kashmir permanently.

Notably, Indian fanatic Prime Minister Narendra Modi’s government led by extremist ruling party BJP had abrogated the articles 35A and 370 of the Constitution on August 5, last year, which had given a special status to the disputed territory of the state of Jammu and Kashmir (J&K) to turn Muslim majority into minority and also issued domicile certificates to more than 430000 non-Kashmiris in wake of continued strict military lockdown there.

Despite the deployment of more than 100,000 military troops in the Illegally Occupied Jammu and Kashmir (IIOJK), who have martyred tens of thousands of the Kashmiris, including women and children through brutal tactics-fake encounters—closure of mosques, shortage of foods, medicines for the patients and coronavirus-affected persons, Kashmiri freedom fighters continue war of liberation.

However, world media and especially a renowned website ThePrint disclosed on September 29, this year:

“To further Hindutva agenda by bringing the demographic change in Indian illegally occupied Jammu and Kashmir, the Modi led fascist Indian regime has now used its Central Reserve Police Force to seek land to establish permanent camps for its battalions in the territory. A meeting for the identification and transfer of land to establish Battalion Camps Sites or (BCSs) in IIOJK was held at the Indian Ministry of Home Affairs…was attended by senior ministry officials as well as those from the CRPF, Police and the local administration…IIOJK administration would expeditiously dispose of requisitions made by the CRPF after it places request for land according to its requirements. These requisitions are considered important and are to be dealt with in a time-bound manner.”

“The proposed BCSs are not only intended to create adequate infrastructure for CRPF troopers, but also to provide limited family accommodation in the nature of holiday homes to address the issue of troop morale and separation from their families…The CRPF has provided a list of nine locations in the Jammu region and 20 in Kashmir where the proposed BCSs are to be established”.

It is notable that Western media, human rights groups such as Human Rights Watch, Amnesty International etc. and leaders of various countries and UNO have repeatedly condemned Indian illegal measures and human rights violations which keep on going in the IIOJK.

In this respect, Pakistan achieved a biggest success when 50 countries supported Pakistan’s stance on Indian Held Kashmir in a joint statement delivered at the UNHR in Geneva on September 10, 2019. The joint statement said:

“It shares the concern expressed by the High Commissioner for Human Rights Michelle Bachelet regarding the impact of recent actions on the human rights of Kashmiris…the UN Secretary-General Antonio Guterres, the Office of the High Commissioner for Human Rights [OHCHR], UN Special Procedures in their joint press release of 22 August 2019, civil society organizations and international media have repeatedly expressed serious concerns about the unprecedented restrictions and on the continuous curfew imposed, curbing of fundamental freedoms, communications blackout and reports of wide spread torture, extrajudicial killings, arbitrary arrests, molestation of women, and enforced disappearances”.

“Consistent with the UN Charter, Security Council resolutions, and human rights standards and international law, the international community should ask for…Respect and protection of fundamental human rights of the people of Indian occupied Jammu and Kashmir…Immediate lifting of curfew, ending the communications shutdown and release of arbitrarily detained people…Immediate halt to the excessive use of force, especially the use of pellet guns; access of human rights organizations and international media”.

It also supported a peaceful resolution of the Jammu and Kashmir dispute through the implementation of the UNSC resolutions.

And besides American law-makers, US Democratic presidential Joe Biden stated on June 26, this year:

“India should take all necessary steps to restore the rights of all the people of Kashmir.”

In this context, UN human rights experts on August 4, 2020 called on India and the international community to take urgent action to address the “alarming” human rights situation in Jammu and Kashmir—“to investigate all cases of human rights violations, including extrajudicial killings, enforced disappearances, torture and arbitrary detentions.”

In the recent past, the UNSC in its meetings has thrice reiterated that the Kashmir issue requires to be settled in accordance with the principles of the UN charter and the related Security Council resolutions, as the world has refused to believe in the Indian story that its actions regarding IIOJK are its internal matter.

In fact, since 1989, various forms of state terrorism have been part of a deliberate campaign by the Indian army and paramilitary forces against Muslim Kashmiris. It has been manifested in brutal tactics like crackdowns, curfews, illegal detentions, massacre, targeted killings, sieges, burning the houses, torture, disappearances, rape, molestation of Muslim women and killing of persons through fake encounters.

Nevertheless, despite the employment of various forms of state terrorism-intensification of firing by the Indian forces, innocent Kashmiris are still violating the lockdown by protesting against Indian illegal actions. In order to conceal India’s state terrorism, Indian Controlled Kashmir has been cut off from the world. But, some reports and images are appearing in the world and the social media, which show extrajudicial killings of the innocent people by the ruthless Indian forces.

A dreadful practice of the Indian state terrorism could be judged from the martyrdom of a 65 years old person Bashir Ahmed Khan on July 1, this year, who was dragged out of his car and shot dead by paramilitary troopers in Sopore, Srinagar. His three-year-old toddler grandson, who was travelling with him, was later pictured sitting on his chest.

“It is a breach of the best interests of the child principle as required to be the basis of any action by authorities under the Convention on the Rights of the Child, to which India is a state party.”

The UNO said that “whosoever responsible for the killing in Sopore, has to be made to account for it”

“Unprecedented restrictions have put Kashmir into a state of lockdown…In one village…Two brothers were woken up and taken to an outside area where nearly a dozen other men had been gathered…They kicked us…gave us electric shocks, beat us with cables…we screamed, they sealed our mouth with mud…We told them we are innocent…they did not listen to us. I told them don’t beat us, just shoot us. I was asking God to take me, because the torture was unbearable.”

Nonetheless, these merciless events display that India does not have any qualms about murdering any Kashmiri civilians.

During special operations-house to house search, troopers have martyred and injured tens of thousands the Kashmiris. These cruelties have compelled the Kashmiri youngsters to pick arms and to target the Indian forces, sacrificing their lives for the right of self-determination. Therefore, intermittent gunbattle between the freedom fighters and Indian military continues in various regions of the IOK.

In fact, present different war between the Indian occupying forces and the Kashmiri freedom fighters is simply a ‘clash of wills’ between the two entities. Military thinkers agree that although the physical force will determine the type and scale of war, yet it is the ‘will to fight’ or ‘moral force’ that determines the outcome of war.

Clausewitz puts it this way, “One might say that the physical force seems little more than the wooden hilt, while moral factors are the precious metal, the real weapon”.

So, the Kashmiri freedom fighters have proved that such elements like ‘will to fight’ and ‘moral force’ have been more noted in them than the Indian forces who have been facing psychological impact of causing fear, shock, mental depression and stress, resulting into their demoralisation.

In this regard, numerous cases of suicides among Indian troops—opening fire on themselves, on their colleagues through service rifle and several other tense reactions have been reported in connection with Indian security forces in the Indian controlled territories of Kashmir.

Besides the incident of past years, in the current year, quoting officials, Indian media and news agencies reported that an Indian soldier of the CRPF Naid committed suicide by shooting himself with his service rifle in Srinagar city on October 15, 2020.

In the recent past, a major told the BBC that “many soldiers are growing uncomfortable with their role in Kashmir, even fearing that they are effectively becoming an army of occupation”.

Undoubtedly, we can conclude that, in these adverse circumstances, India will station its security forces in the IOK permanently. So, New Delhi’s plan to set up CRPF permanent camps for its battalions will badly fail.