What can you do if Trump stages a coup?

[ Editor’s Note: This New Yorker piece came in tonight. It is time to address this subject, even though a recent Trump statement came out that he would not protest the election.

But that of course cannot be taken at face value, as he has made a huge investment to do just that, and a lot of his top officials like AG Robert Barr are not looking forward to a possible presidential crime commission.

Glenn Kirschner will be working to do just that after the election to deal with “unresolved criminal matters”, starting with giving the Department of Justice a judicial enema to start off 2021 with a bang, so keep a raincoat handy.

Trump has previously said that there would not be a transfer of power, but a continuation, a cagey remark as he could later say his context was that he would win. 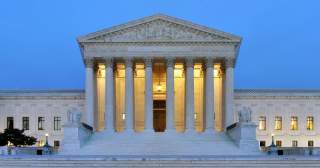 The Biden campaign has not been sitting back on its heels over this possibility, amassing its own army of attorneys. We can expect they have been making preliminary briefs to pull the needed case law together to file emergency briefs. Survival is often 90% preparation.

It was a treat to see the peaceful Quakers once again organizing early to do what they have done so many times, fighting for justice for all. And fighting Donald Trump is definitely going to be an American historical event.

We have to fully expect that Trump will contest the election if he loses, and be ready to defend the recorded vote. So far the Trump regime has put nothing on the table to substantiate his claims of massive ballot voter fraud, something he pulled out of his butt before even the ballots were mailed out.

I have some excerpts below from Lizzies’ great article and a link to the full one below, which include the possibility that if Trump deploys the Trumpers into the streets, they will have to be countered by someone… Jim W. Dean ]

For months, the President has been warning that he might not concede the election in November if he loses, telling reporters who asked him to commit to a peaceful transfer of power, “There won’t be a transfer, frankly. There’ll be a continuation.”

In September, a group of organizers and researchers published a fifty-five-page manual called “Hold the Line: A Guide to Defending Democracy,” which has been downloaded more than eighteen thousand times.

…George Lakey, who is eighty-two, is best known for his book “A Manual for Direct Action,” from 1964, “Everything happens really fast. You’ve got sometimes three days, sometimes a week, sometimes three months to beat a coup.” The average American activist needed a new skill set.

…“Obviously, the Trump family is not going to be able to run the government by itself,” he said. They’ll need institutional support.

…“The question is how do we, as activists, go after these pillars in such a way as to encourage them to buckle, and allow the Trump regime, or his attempted regime, to fall?”

…Another takeaway, for activists, is to focus “on the center of the political spectrum,” Lakey said. “We’re looking to influence them to tip the outcome of the struggle in our direction.” Will they side with the protesters or with Trump?

You can view the full article here.