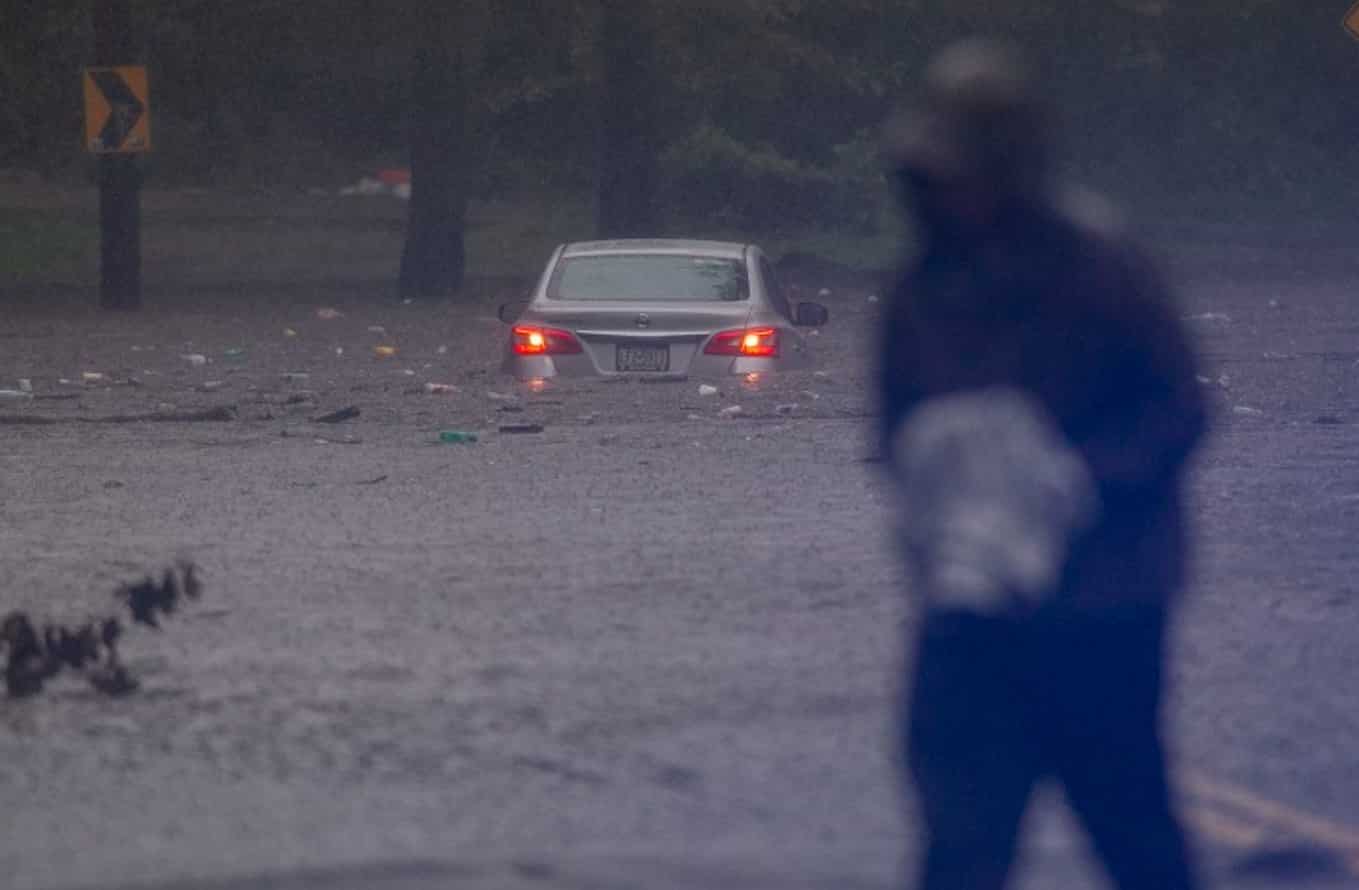 By Vladimir Platov for NEO

While the current leap year 2020 is far from over, there is no doubt that it will go down in American history marked by memories that are less than stellar.

And this will undoubtedly have to do not only with the shameful presidential election campaign going on now, where the American people are being forced to choose between two people who are clearly not the best emissaries for their country, on the principle of “the lesser of two evils”, and where the president now openly tramples on international norms and agreements that were signed before. And the candidate fighting against him is known for his corruption scandals not only in the United States, but all over the world, in addition to, according to the conclusions of American media themselves, not being particularly healthy to fulfill the mission a head of state needs to in the allotted time…

In the meantime, the situation in the country is getting worse every day. The US budget deficit rose 218%, to a record $3.1 trillion in the fiscal year ended on September 30. According to US government bond interest payments, the US paid $368,102,426,277.71 in interest alone on its debts this fiscal year! So what remains in the pockets of ordinary Americans afterwards?

And here this author must apologize, first of all to any American readers, for asking this: What if the authorities hope that the various healthcare problems that have befallen the United States recently will resolve the issue of the debts that the country owes to its own population, and there will be no one left to pay?

Yes, this year was a murderous one for thousands of Americans. As of October 16, the number of coronavirus cases in the United States is 8,008,402 people, Johns Hopkins University said. And this is in a country whose politicians boast during their public rhetoric of the alleged “advantages” and “achievements” of the United States, but in fact, in terms of losses during the Covid-19 pandemic alone, “it has surpassed even the least developed countries”!

According to the American medical journal The New England Journal of Medicine, the US authorities have undermined their own credibility. The death rate in the United States is more than double that in Canada, and exceeds the rate of death in Japan – a country with a highly vulnerable and elderly population – by almost 50 times; it even eclipses the indicators in some countries with below-average incomes like Vietnam by almost 2,000 times. Consequently, more Americans are dying from the pandemic now than during World War II!

Without a shadow of a doubt, the euphoria of preparing for more new wars with Russia, China, Iran, and many other countries that refuse to silently comply with the instructions that the White House issues, and are declared in official US documents as “opponents of the current American state”, outshines any concerns about healthcare, or the social needs of the country’s population, in minds of representatives from the current US authorities.

And multiple “chimeras” have added themselves into the mix of these problems, including some created by the Americans themselves, such as, for example, the synthetic strain of mycoplasma “Synthia” (Mycoplasma laboratorium) that was developed in a US laboratory.

Released into the World Ocean in 2011 to help clean up oil spills in the Gulf of Mexico, it demonstrated the ability to reproduce independently, and then the microorganisms got out of control: there were multiple reports of a terrible disease dubbed the “blue plague”, and it caused the certain fauna to die off in the Gulf of Mexico, while also afflicting people.

“Synthia” bacteria are carried through the bloodstream to all organs and systems in living beings, literally eating away everything in their path in a short time, and in a few days the skin becomes covered with ulcers, and then completely decays, leading to the death of both animals and people. The latest studies have shown that “Synthia” bacteria are already spreading along the Gulf Stream to the shores of European countries, and the incidence rates have increased for fatal infections caused by carnivorous bacteria among residents in the state of Alabama, with cases actively spreading across the Gulf of Mexico. 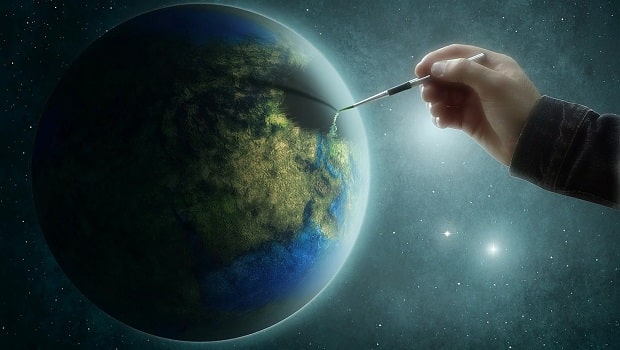 This deadly misfortune has recently been compounded by amoebas found in American water parks that feed on the brain as well – something worthy of a Hollywood horror movie.

The scientific name for this amoeba is Naegleria fowleri – it is a pathogen for primary amoebic meningoencephalitis, which almost always leads to death. It inhabits rivers, lakes, and hot springs.

These organisms are single-celled, and they have wound up in bodies of fresh water in the US – when bathing in, or after coming into contact with, contaminated water these parasites enter the nose and from there move along the olfactory nerve to the brain, ultimately infecting the entire human nervous system and causing hemorrhages and tissue necrosis.

The worst thing is that the death rate from primary amoebic meningoencephalitis reaches 99%, and it is impossible to save those who have become infected. It is also extremely difficult to identify the parasite in time, and medical personnel discover it only when a person’s entire nervous system has become infected, and any medicinal products are completely useless.

According to the conclusions reached by certain American scientists, the spread of this deadly amoeba could be largely associated with its transport by a hurricane from the Atlantic, where, besides this amoeba, the lethal Synthia bacterium is also actively disseminating.

Owing to this fatal danger in the US that has arisen in the country’s bodies of fresh water, what involuntarily springs to mind is how three years ago President Trump signed an executive order that repealed the Clean Water Act, which was one of the environmental laws adopted to help resolve problems with the pollution of the land, air, surface water, groundwater, and drinking water. This law has existed for almost half a century, and it regulated the discharge of pollutants into the US water supply, and controlled the quality standards for surface water contamination.  According to this law, all water resources in the country were previously under the control of the Environmental Protection Agency.

Having taken the step to abolish environmental rules and regulations that were passed before, the head of the White House was probably convinced that by doing this he was giving support to the country’s economy, but his pioneer work did not eliminate environmental protection…

And so the Texas Commission on Environmental Quality (TCEQ) at the end of September officially warned local water companies that the rare amoeba Naegleria fowleri had contaminated local water sources, and that several hundred cases of infection by these protozoa had already been reported.

Initially, ordinances banning the consumption of tap water were in force in eight countries across the state, and now it is still in force for Lake Jackson County, where a reservoir is located. The main source of water supply for Texas is the Brazos River, one of the largest in the country.

Under these conditions, the recent warning given by the former US Director of National Intelligence, Dan Coats, that “American democracy may not survive the November presidential elections” sounds very symbolic, and this warning needs to be extended beyond the political sphere in the United States.