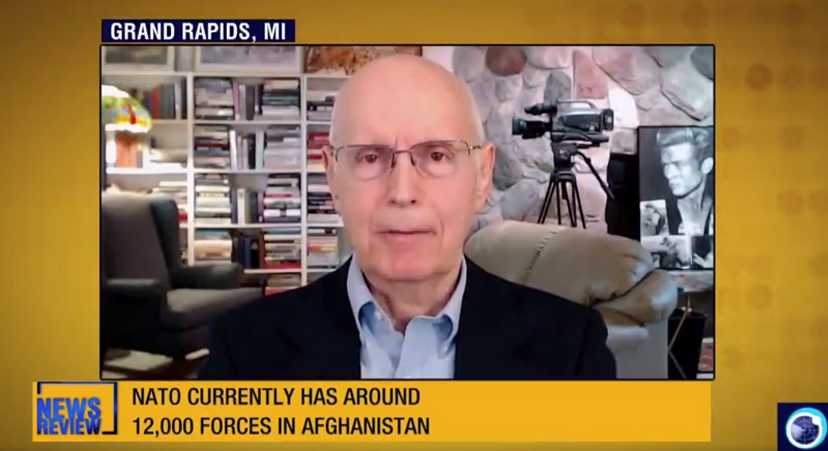 [ Editor’s Note: It comes as no surprise that NATO does not want to get out of Afghanistan any time soon. The reasons are the usual ones. First, any deployment closer to Russia is always a good thing, and any possible excuse to maintain it is sufficient.

Peacetime armies are always wanting to keep some troops trained to a war fighting capability. That includes the limited fighting we see NATO engaged in from their operational capacity inside their bases. Along with the US, NATO acts as a palace guard for the current Kabul regime, which has always needed foreign protection.

The other main reason, more important, is to keep intelligence gathering skills tuned up, especially with electronic gathering. Language skills need to be maintained, and the myth of defending Europe from attack from Eurasia has to be maintained to justify NATO’s existence at the level it is at.

Keep in mind my report last year how Germany said it could take five more years before its infantry soldiers all had two pairs of boots. That really shocked me.

And last, there is defending one’s cut of the drug trafficking business, which involves the use of military aircraft as the preferred method of transportation, typically flying into Camp Bondsteel in Romania as a first stop. The cash is divided and used in a number of ways, including flowing into political campaigns and the usual luxury items.

Rural Afghanistan people bear the brunt of fighting the Taliban, which is much more motivated, and the US justifies its existence by providing Kabul troops air cover when it can. Westerners still cannot get their heads wrapped around the salt of the earth attitude Afghanis have toward what they view as foreign invaders.

Sure they love the dollar, and there are many of them to get, but other than that, they have no use for outsiders, as you could say they are caught in a time warp, partly due to their own making.

If left on their own, they will continue killing each other over who is going to be the boss and get the bigger cut of the graft pie. They think, correctly, that if they don’t steal it, then the guy coming behind them will, which is absolutely a sure thing.

It will just be a smaller pie if the US and NATO left. The Russians sure as hell would not be going back. China might want to step in, but they would probably live to regret it… Jim W. Dean ]

First aired on PressTV before being blocked

The Press TV Brussels correspondent used up most of the segment time, which started late, 10 minutes, which is usually do to more news clip coverage, so hence my longer intro than usual above. JD

Note: The video link to this interview has been broken…Jim

The NATO chief has ruled out an early exit of the western military alliance from Afghanistan, as violence continues to flare in the war-torn country.

NATO Secretary-General Jens Stoltenberg says the military alliance will stay in Afghanistan until security conditions allow it to leave. The remarks came less than a week after the US said it will cut the number of its troops in Afghanistan to 25-hundred, early next year.

The comment also comes at a time when the rising violence threatens to thwart ongoing peace talks between the Afghan government and the Taliban militant group. US-led NATO forces have maintained their presence in Afghanistan since 2003. The alliance currently has around 12000 forces there, more than half of them from the U.S.