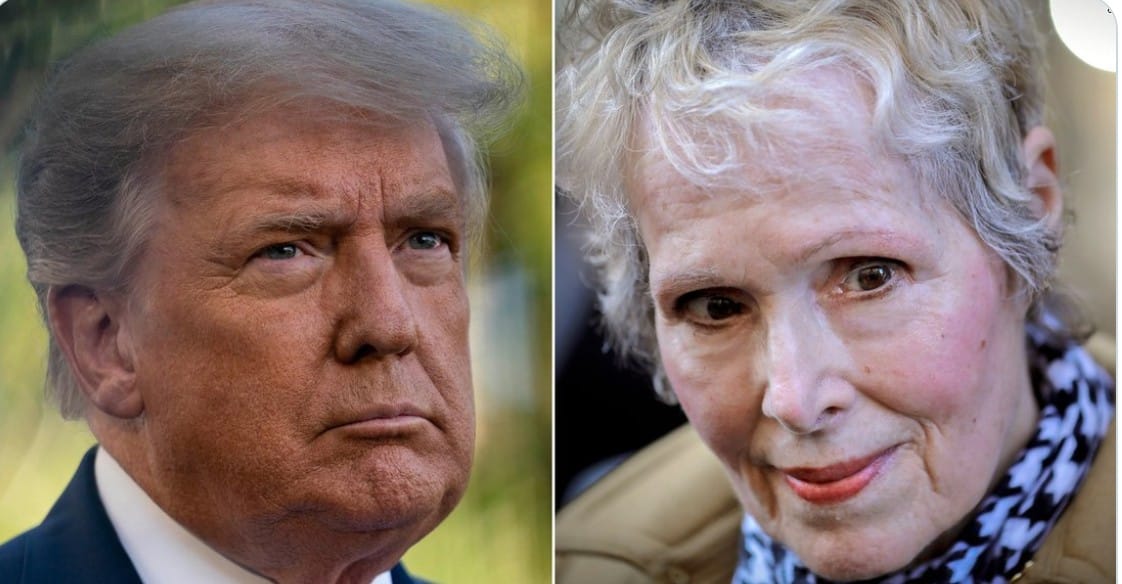 VT: When Attorney General William Barr asserted that Trump’s smear of a rape victim, one of the army of his own, which includes children, nearly half boys, it was a bizarre abuse of law.  This is nothing new for Barr.

Then, as usual,  the Russian state controlled media began attacking the victim as well, nothing new there either.  Then Qanon, and attacking victims of pedophilia and rape is nothing new for Qanon.  Now things begin moving the other way, not justice, that would be prison as with Harvey Weinstein.

Daily Beast: The Justice Department’s attempt to block a defamation lawsuit against President Donald Trump from E. Jean Carroll—a magazine columnist who has alleged he raped her—has been thrown out by a federal judge.

If the ruling had gone the other way, and the department had managed to substitute itself as the defendant instead of Trump personally, it would have abruptly ended the lawsuit as the federal government can’t be sued for defamation. However, the judge’s decision, which was made public Tuesday morning, ensures the lawsuit can go ahead.

>Carroll filed a defamation suit against Trump last year after he denied her allegation that he raped her inside a luxury Manhattan department store dressing room some time in the mid-1990s. Trump continues to deny the allegation, and Carroll has asked that he provide a DNA sample to the courts in order to determine whether his genetic material is on a dress she says she was wearing at the time of the alleged rape.

The DoJ argued last month that, because Trump denied the rape allegation while he was president—and because it was that denial that sparked Carroll’s defamation suit—that the United States should be the defendant, and not Trump himself. Conveniently, that would have brought an end to the lawsuit and the request for his DNA sample.

Win or lose, ⁦⁦@ejeancarroll⁩’s lawsuit is not going away:⁩ “A federal judge ruled on Tuesday that President Trump can be personally sued for defamation in connection with his denial while in office of a decades-old rape allegation.” https://t.co/9rGXYeibSQ

However, in the ruling, District Judge Lewis Kaplan wrote that the president isn’t a government employee, and went on to say: “Even if he were such an ‘employee,’ President Trump’s allegedly defamatory statements concerning Ms. Carroll would not have been within the scope of his employment. Accordingly, the motion to substitute the United States in place of President Trump is denied.”

Judge denies Trump’s bid to have U.S. replace him as defendant in rape accuser’s lawsuit https://t.co/nvMl9kDlPQ

Do not read this line.