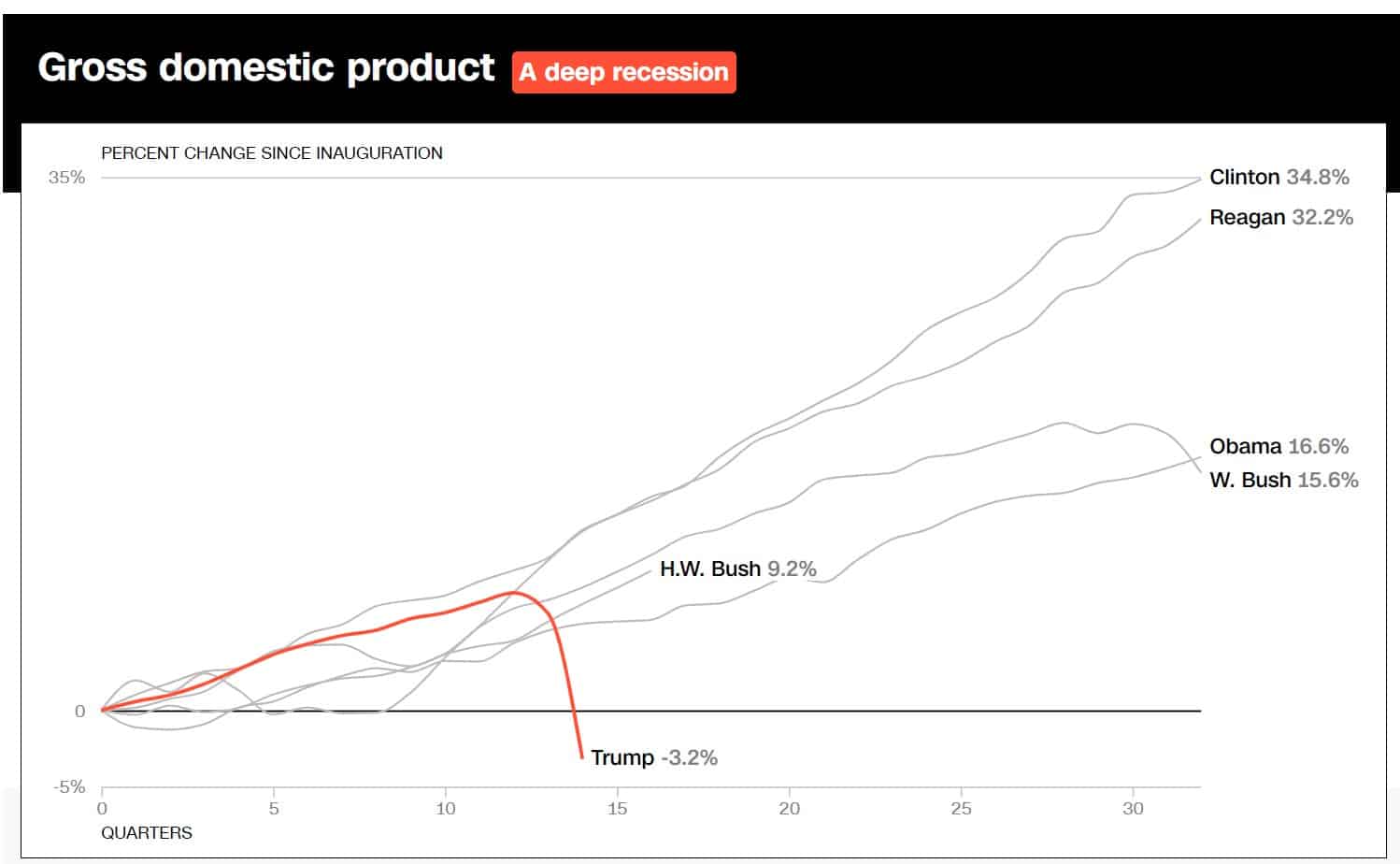 CNN: At the start of Donald Trump’s presidency in January 2017, the economy was healthy.

At the start of Donald Trump’s presidency in January 2017, the economy was healthy.

Employers had added jobs for 76 months straight — the longest hiring streak on record at the time — and unemployment was just 4.7%, a 10-year low. Corporate profits were near all-time highs, and so were stocks. Overall, gross domestic product was growing around 2.5% a year — a modest rate for the world’s largest economy.

Not everything was rosy: the federal debt was at its highest level since the 1950s. But by most metrics, it was hard to deny: the economy was on solid footing. And fortunately for Trump, the growth continued from there.

Then came the pandemic.

Below, we’ve tracked 10 indicators to show how the economy evolved under each president from Ronald Reagan to Trump. Keep in mind, each presidency started under different circumstances. George W. Bush’s first year in office was plagued by the dot-com bust and the September 11th attacks. Barack Obama’s started with the Great Recession, following a devastating housing crash and a global financial crisis.

Despite these crises, however, most recent presidents have presided over a growing economy during their time in office. The Trump presidency will be characterized by the country’s response to the Covid-19 pandemic, which is still playing out both as a health crisis and an economic one.

Hover over the charts to see how the economy under Trump compares with how it evolved under his predecessors.