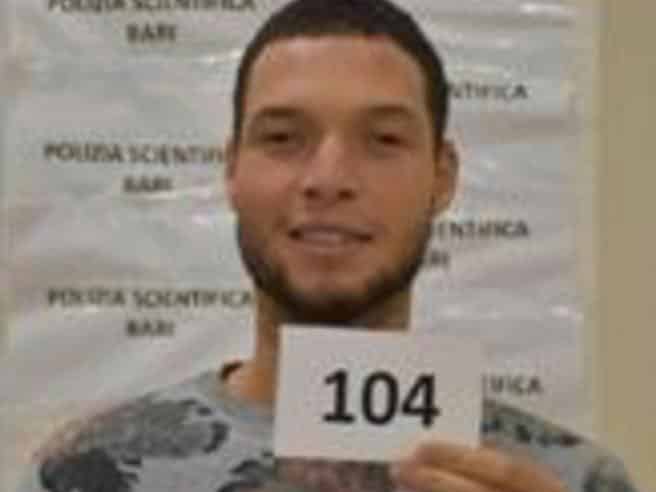 In front of three people murdered and another killed a few weeks ago, one cannot help but cry. Cry the curse that intoxicates some human beings to kill their fellow men just because they consider them different or perhaps enemies. If we were to look only at the brutal planning of the murderous act none of these jackals of human lives would be comparable to Brenton Tarrant, the self-styled white supremacist in the smell of Mossad who killed dozens of Muslims in the mosques of Christchurch.

But what has happened is happening in “civilized” Europe, very far from New Zealand that we Westerners do not want to deal with, especially due to the risk of discovering that there had been a massacre too well prepared to be only the bloody madness of a personal trainer trained by ISIS in Camp Rukban, the Syrian concentration camp run by Islamic terrorists under the concession of the United States Army.

“Bloody attack on the sword near the Notre-Dame church in Nice. The victims of the attack are two women and a man, according to police sources confirmed to BFM-TV. The two people who died inside the cathedral were “slaughtered” or “beheaded”, according to various sources. A third victim, a woman, took refuge in a bar near the church, where she died shortly after from the consequences of her injuries, reports the radio France Info. “Tell my children I love them”: these are the last words before expiring of the dead woman in the bar. The woman was seriously hit in the throat by the attacker, who was unable to behead her.”

The perpetrator of the attack was stopped: he would be called ‘Brahim A.’ ​​and spoke in Arabic to the police who neutralized him. In the hospital he said he acted alone by continuing to obsessively repeat Allah Akbar, Allah is great.

He was then identified with the name of Brahim Aoussaoui, born in Tunisia on March 29, 1999. The man had arrived in Italy last September aboard an autonomous small boat. The 21-year-old would have landed in Lampedusa on 20 September and was accompanied to the hotspot of the island, to then be transferred – on 25 September together with 50 other migrants – to the Rhapsody ship, which had already taken on board another 330 people in Porto Empedocle for the mandatory quarantine in relation to the Covid emergency.

On 9 October he was then transferred to the Bari Police Headquarters where he was photographed, identified and reported to the Agrigento Public Prosecutor’s Office for “illegal entry and stay in the territory of the State”, before being released with the obligation to leave the national territory within 7 days. From there he headed to France, which was the real goal of his trip, as evidenced by the phone calls with friends. But also a photo of the Nice’s basilica later sent to family members.

The Nice killer had “arrived very recently from Lampedusa”: the deputy of the Nice region, Eric Ciotti, tweeted it, stating that he had just asked Emmanuel Macron, in a meeting at the site of the attack , to “suspend any migratory flow and any asylum procedure, in particular at the Italian border”.

This dramatic massacre comes a few days after another terrible murder with beheading for religious reasons. The one made by the 18-year-old Chechen refugee Abdullakh Anzorov who showed up on Friday 16 October in front of the Bois d’Aulne middle school in Conflans Sainte Honorine knowing the name of his intended victim, the professor of History and Geography Samuel Paty, who had held a civic education lesson showing in the class some cartoons about Mohammed, but without knowing how to identify him.

According to anti-terrorism prosecutor Jean-François Ricard, the young man from Chechnya, in fact, appeared in front of the school on Friday knowing only the name of his intended victim. He would have approached the boys by offering them about 350 euros and asking in exchange to indicate the professor who had given a lesson in civics by showing some cartoons about Mohammed in the classroom. The boys would have accepted even though the 18-year-old had told them that he wanted to humiliate him and hit him to force him to ask forgiveness for the caricatures of the prophet.

So far the news that does not analyze the context in which these terrible terrorist actions took place. First of all, it should be noted that Chechen Islamic terrorists can safely travel to Europe thanks to the passport granted by Ukraine which used them as a para-military force in the war against the separatist republics of Donbass although they were known as former Foreign Terrorist Fighters in Syria in the ranks of the Islamic State.

Furthermore, it should be noted that France has made multicultural propaganda its democratic bulwark without ever caring about who imported from countries subject to military invasion such as Libya, Mali and other countries in Sahel. Muslim immigration, even of extremists, was the compromise to be paid to obtain embarrassing alliances on the ground and not to sacrifice too many soldiers in the colonial wars of the third millennium. In more than one reportage we have reported from African authoritative sources which reported an increase in jihadist formations after the arrival of the French militias.

Thirdly, finally, it should be noted that the freedom of communication claimed by Paris in the face of a massive increase in the Islamization of the country represents an illusion based on the hypocritical belief that all Muslims are good, although they emigrated to France often for the devastation created by the war policy of the French presidents by Nicolas Sarkozy, instigator of the killing of Muhammar Gaddafi which caused an endless civil war in Libya, to Emmanuel Macron, who bombed Syria on 17 September 2018, without an apparent specific reason , in support of the aviation action of the Israel Defense Forces which caused an anti-aircraft reaction in which a Russian reconnaissance plane, Il-20, was shot down with 15 crew members dead killed.

In a context of such social-political tensions, the choice of the French satirical weekly Charlie Hebdo, which last September 1st re-published the caricatures of Mohammed that had made him a target of Islamic terrorism, seemed inappropriate. This was announced by the newspaper on the eve of the opening of the trial for the attack which in January 2015 claimed 12 victims in its editorial office. “We will never bow our heads, we will never give up,” Charlie’s editor Riss explained in the newsstand issue. We must not forget that Nice had already been hit by a terrible terrorist attack on 14 July 2016, when a man, driving a truck, voluntarily hit people on the promenade causing 87 victims.

The new killer of Notre Dame, however, appears to have landed in Lampedusa together with other migrants. Confirmation of the ways in which the Tunisian entered Europe comes from sources of the security apparatus according to which the first registration of man took place on the island.

All the investigations are underway to reconstruct the various movements of the Tunisian, in close contact with the French authorities. It is not the first time that a Tunisian who landed in Italy then became the protagonist of acts of terrorism in Europe: in February 2011, Anis Amri, the author of the massacre at the Berlin Christmas market in 2016, arrived in Lampedusa. upon landing, Amri declared himself a minor and was transferred to a center for minors in Sicily.

The French Council of the Muslim cult strongly condemns the terrorist attack in Nice. “As a sign of mourning and solidarity with the victims and their loved ones”, we read on Twitter, he invites the “Muslims of France to cancel all the Malwid festivities”. Turkey also condemns the attack “strongly”. The French Bishops’ Conference condemned the attack as an “unspeakable” act and stressed that “Christians must not become a target to be shot down”.

But an unsettling unknown remains open. The killer arrived in France after landing in Lampedusa. In Italy, according to reports from the Libyan National Army by General Khalifa Haftar, thousands of Isis and Al Qaeda jihadists arrived from Libya and Tunisia that Turkey used in the Libyan conflict to support the Government of the National Agreement of Tripoli by President Fayez Al Serray.

How many of these are ready to become suicide bombers and commit hideous crimes in the name of Allah? This is the real question that Macron should answer but above all the President of the Italian Republic Sergio Mattarella who legitimized the operations of the Muslim Brotherhood of the Turkish tyrant Recep Tayyp Erdogan in Libya with his diplomatic missions in Qatar.