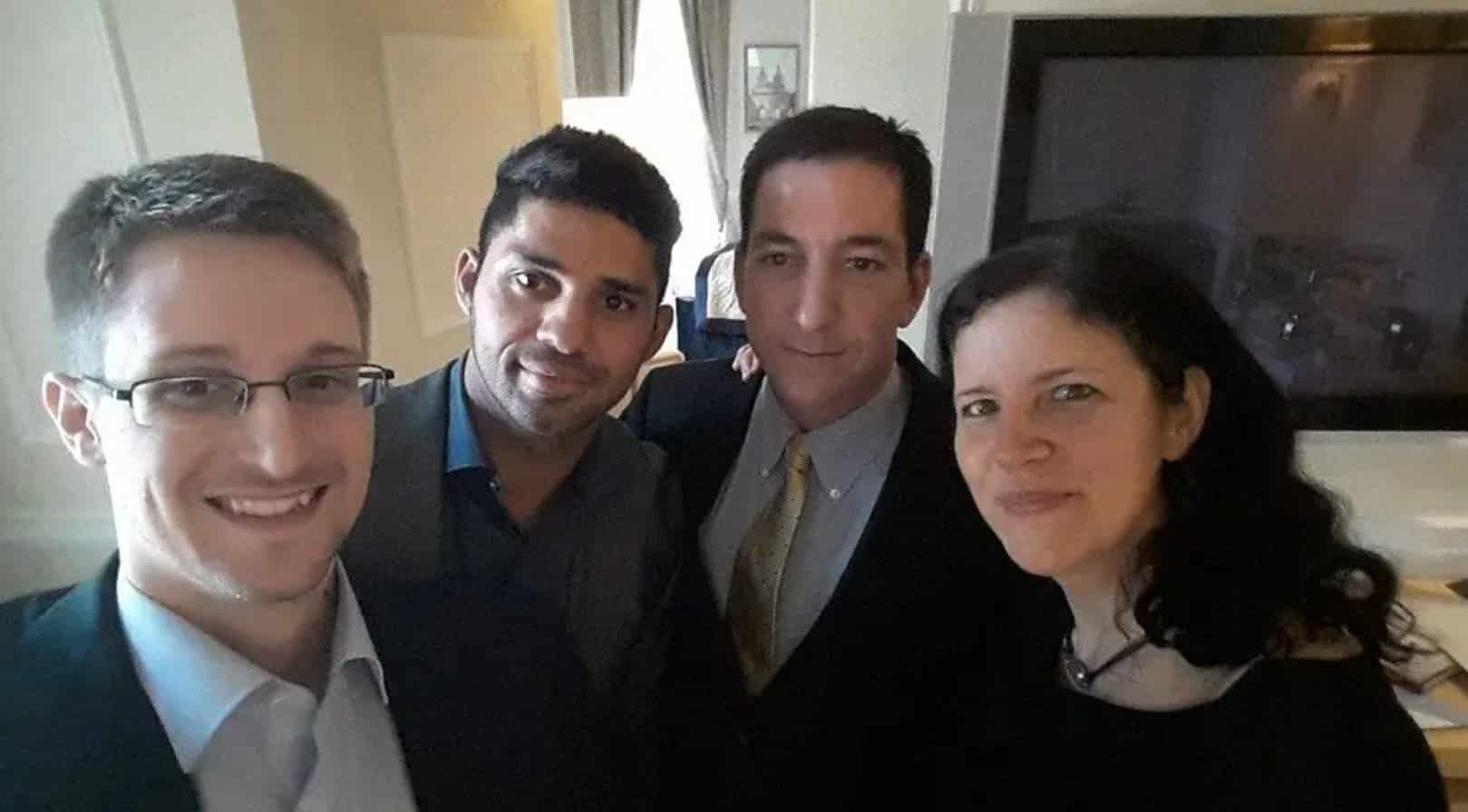 VT: At the outset, VT picked out Snowden and Assange as ‘limited hangouts.’  Both were in love with Israel and their blockbuster leaks were always chickenfeed filled with bits of fabricated material that only served the interests of the Mossad.

It was Greenwald that began peddling the hoaxes about Biden the rapist, comparing him as “worse than Trump.”  We knew then something was very wrong.  Greenwald has been one of Trump’s biggest apologists, next to Sean Hannity.

Greenwald’s “one man crusade” has been to use his position to put a fake “left wing” brand on right wing and Israeli or Russian based hoax attacks on Biden.

For a decade or more, we have watched a stream of Google promoted and often extremely highly paid fake journalists delve into 9/11 or Israeli crimes, hogging the limelight with gutless “wallpaper,” the definition of “limited hangout.”

It was easy tracing Assange’s handlers and VT pegged Glenn Greenwald as the handler for Snowden and predicted that Greenwald would, on cue, use his bully pulpit, paid for by Ebay founder Pierre Omidyar.

VT had found much that was worthwhile at The Intercept until 2019 when much of the material began to look like Russian spam attacking Democrats, much like the fall of Sputnik News and Russia Today.  It was clear that something had happened at The Intercept, and we saw it as the Mossad activating Greenwald as a deep cover agent (our take).

When things got so bad for Trump that nobody could save him, Greenwald ended up on Tucker Carlson, something unimaginable for someone of Greenwald’s reputation.

What VT knew was this, that Omidyar got suckered, bought a carefully packaged scam and spent millions building what the Mossad would use, when needed, to keep a Kosher Nostra capo in the White House.

@ChrisRulon @jeremywrk proving yet again Greenwald is a total fucking shill. The fuck has never once mentioned Mossad being there on 911

Then it happened, Omidyar appeared to “get it.”  We think he recognized that he had been “had” and that his pockets had been picked to fund a fake media platform that was intended to interfere in US politics on behalf of organized crime.

Glenn Greenwald is so angry at me for calling him a conspiracy theorist that he's going to run and tell Tucker.

Now Greenwald is gone because someone wouldn’t let him publish an article deemed fake by every reputable journalist.

VT has the same issues, known journalists submitting “written by others” hit pieces on the Biden family and then crying about the money they are losing when their material is rejected.

It appears Pierre Omidyar didn’t want to become the new Robert Maxwell after all.

The investigative journalist Glenn Greenwald has resigned abruptly from the Intercept, the news website he co-founded, and accused the organization of seeking to censor him over a planned article critical of the Democratic nominee, Joe Biden.

Greenwald, who was a vital part of the Guardian US team that broke the Edward Snowden whistleblower story in 2013, released a statement online that blasted the editors of the Intercept as being in hock to Biden and the Democratic party.

“The Intercept’s editors, in violation of my contractual right of editorial freedom, censored an article I wrote this week, refusing to publish it unless I remove all sections critical of Democratic presidential candidate Joe Biden, the candidate vehemently supported by all New-York-based Intercept editors involved in this effort at suppression,” he wrote in a lengthy resignation post.

Greenwald is a vocal critic of the US media and American politics, with an abrasive style that has won him many admirers as well as a legion of critics. Recently, he has been especially critical of media coverage of the Russian attempt to interfere with the 2016 US election and has been criticized by some leftwing commentators for appearing on rightwing Fox News host Tucker Carlson’s show.

He co-founded the Intercept in 2014 with investment from the tech billionaire Pierre Omidyar. The website rapidly established itself as a scrappy online news organization that could punch above its weight on some issues, especially cybersecurity, politics and tech and corruption in Brazil, where Greenwald lives.