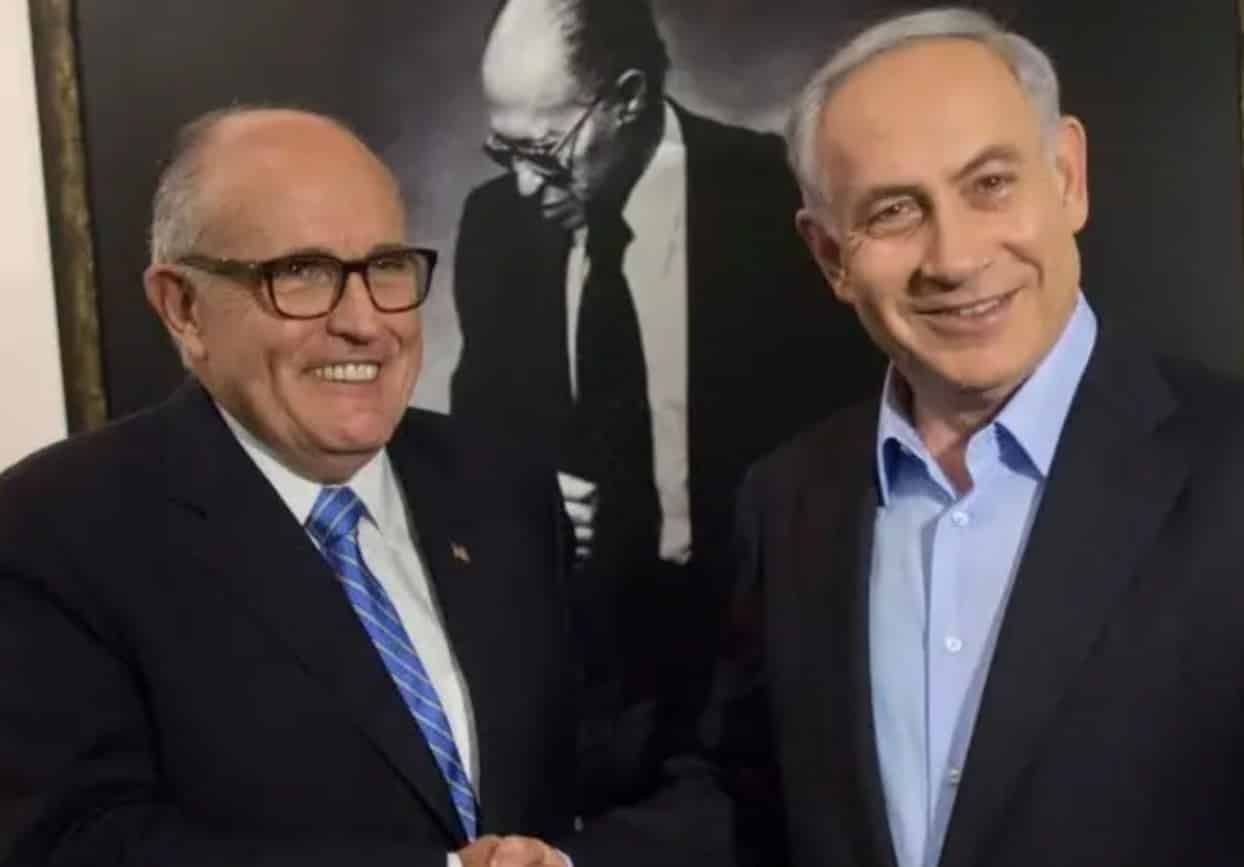 VT: The Trump organization has been using fake faces for Facebook accounts and has now created Martin Aspen, a fake security specialist working for a fake intel firm who wrote the fake material behind the Hunter Biden smear.

Behind it all we find Israel and the publication Epoch Times, owned by the Falun Gong.  The Epoch Times is a front for supremacist and neo-Nazi groups across Europe pushing for anti-immigration violence.

This is what introduced them to Steve Bannon (indicted), Rudy Giuliani and their effort to interfere in the US election on behalf of the Kosher Nostra.

NBC News: One month before a purported leak of files from Hunter Biden’s laptop, a fake “intelligence” document about him went viral on the right-wing internet, asserting an elaborate conspiracy theory involving former Vice President Joe Biden’s son and business in China.

NBC Exclusive: The Hunter Biden 'dossier' that went viral on right-wing internet sites and was later disseminated by Trump's close associates appears to be from a fake 'intelligence firm'.

The author of the report, 'Martin Aspen', does not exist. https://t.co/XgIbSns9Mm

"Martin Aspen," who wrote a viral Hunter Biden dossier, wound up being an AI-generated persona.

The first tipoff he wasn't real? Disinformation researcher @elisethoma5 looked in his eyes.

"The most obvious tell was the irregular shape of the irises."https://t.co/oA4aKTjkUp pic.twitter.com/K4pUyPto1x

The document, a 64-page composition that was later disseminated by close associates of President Donald Trump, appears to be the work of a fake “intelligence firm” called Typhoon Investigations, according to researchers and public documents.

Fake faces are becoming an easy (and free!) weapon in the info wars.

So, the Scooby Doo squad pulled the mask off of the mysterious creator of the Hunter Biden dossier, only to find out it was Martin Aspen, a guy who does not even exist.

Tucker Carlson slowly backs away from it all.

The author of the document, a self-identified Swiss security analyst named Martin Aspen, is a fabricated identity, according to analysis by disinformation researchers, who also concluded that Aspen’s profile picture was created with an artificial intelligence face generator.

The document's creator, Martin Aspen, claimed to be a Swiss intel professional.

But Aspen's face was created by AI. He doesn't exist.https://t.co/oA4aKTjkUp pic.twitter.com/U1MNqh8WmW

One of the original posters of the document, a blogger and professor named Christopher Balding, took credit for writing parts of it when asked about it and said Aspen does not exist.

The pretend documents that white supremacist rape apologist Tucker Carlson claimed to have seen about fake Biden a crime spree were from a fake intelligence firm and written by Martin Aspen, a nonexistent person.

Now @TuckerCarlson is acting like he had no part in it. Dumbass.😂

Other parts of Aspen’s identity were clearly stolen from disparate parts of the web. Aspen’s Facebook page was created in August, and it featured only two pictures, both from his “new house,” which were tracked back to reviews on the travel website Tripadvisor. The logo for Typhoon Investigations was lifted from the Taiwan Fact-Checking Center, a digital literacy nonprofit.