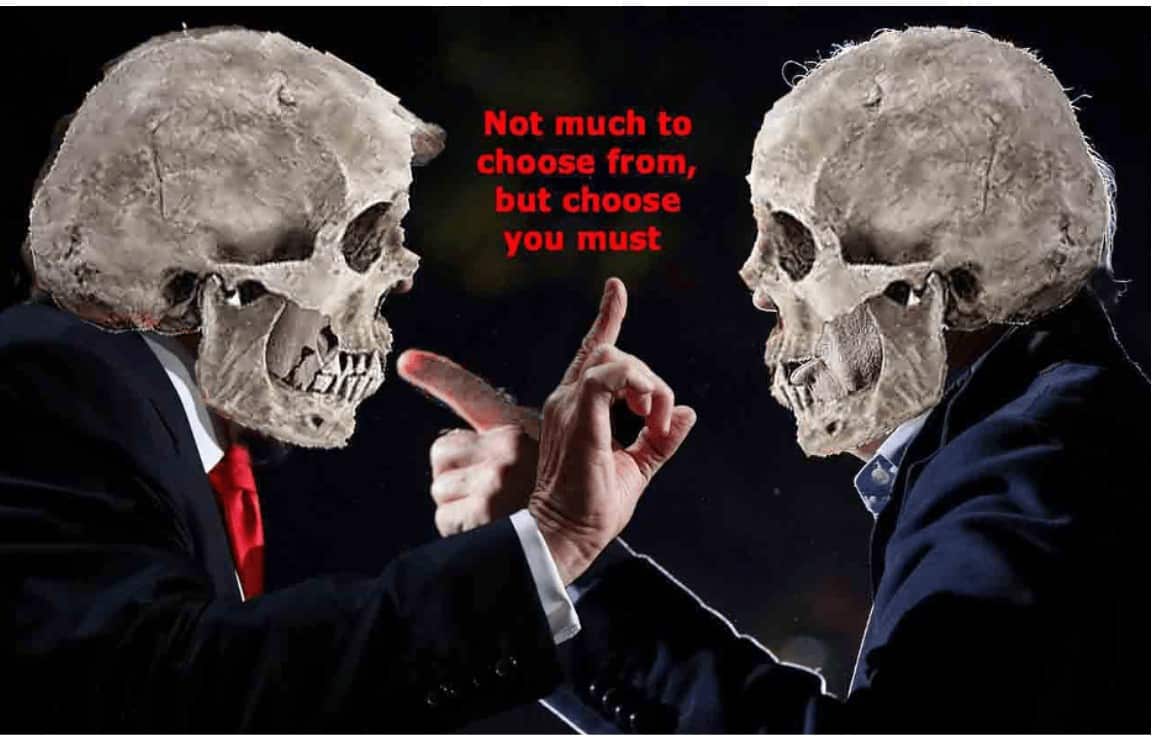 By now you have probably been told innumerable times by friends, colleagues and progressive commentators why holding your nose and voting for Joe Biden is absolutely necessary to save America from four more destructive years of Donald Trump.

I agree with all those voices. And I endorse all their reasons—which I will not repeat here, because you are no doubt more than familiar with them.

But here are some reasons you may not be familiar with—which I offer in accordance with CovertAction Magazine’s mission to expose and condemn illicit covert action by governments and corporate interests that subvert democracy and destroy civil liberties.

Nevertheless, no matter how dangerous our intelligence agencies would continue to be under Biden—as they were under Obama and Clinton—they would be far more so under Trump. This may seem counter-intuitive, since Trump has famously been at war with the intelligence community—and with good reason, since, for its own unsavory reasons, the intelligence community has been trying to discredit and undermine Trump ever since he took office.

Therefore, if re-elected, Trump will move swiftly to rectify that situation by purging all 17 intelligence agencies and re-staffing them with cronies and collaborators who will be loyal—not to America or to the Constitution—but to him personally.

Trump has already done this, brazenly and ruthlessly, at every other government agency under his legal control (and at some that are not). If his past actions are any indication (and why should they not be?), Trump will do the same at the intelligence agencies. He will then proceed to use them for his own purposes (or whims) even more extensively, more brutally, more illegally than anything we have ever experienced in this country. He has already increased the use of covert military mercenaries, and has escalated the drone war at the very same time he has reduced Congressional oversight and public transparency surrounding those strikes.  read more…