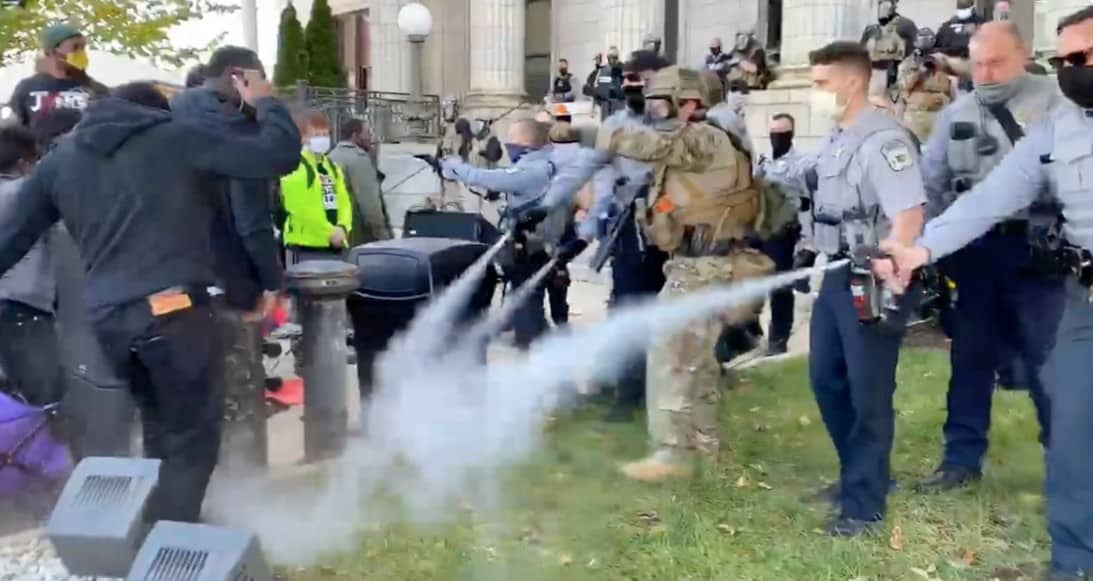 Police in Graham North Carolina tackled a black child and arrested him during a peaceful March to the Polls after pepper spraying the crowd.

WTF is going on? #BlackLivesMatterpic.twitter.com/4ysLrDH9uV

News Observer: A racially diverse group of about 200 people walked with a police escort from Wayman’s Chapel AME Church to Court Square, where they held a rally encouraging people to vote. The event was organized by Rev. Greg Drumwright, a Burlington native who leads the the Citadel Church in Greensboro, according to his website.

Scott Huffman is running for Congress in North Carolina and is a good, decent, nonviolent, honest veteran. If the police are gassing him none of us are safe.

It's absolutely critical for everyone to:
-VOTE NO MATTER WHAT.
-DON'T BE STOPPED.
-DO WHATEVER IT TAKES.
-EARLY IS BEST https://t.co/OeYhM3BmMD

At least three politicians participated in some parts of the event: the current mayor of Burlington, Ian Baltutis; Democratic candidate for county commissioner Dreama Caldwell; and Democratic school board candidate Seneca Rodgers.

WTF? "On the final day of early voting in North Carolina, police in Alamance County pepper-sprayed a group of voters who were marching to the polls, leaving demonstrators injured and vomiting in the streets." https://t.co/8OKpBtJDfB

The event called “I Am Change” was intended as a march to the polls.pic.twitter.com/wWQfZuBZ9m

At one point, the marchers held a moment of silence in the street in honor of George Floyd, the Black man killed while in police custody in Minneapolis earlier this summer.

After the moment of silence concluded, law enforcement told people to clear the road.

DISGUSTING! Alamance County sheriff's deputies and Graham police pepper-sprayed people — including a 5-year-old girl and other children — who were participating in the 'I Am Change' march to the polls today in Greensboro, North Carolina. 😡 😡
pic.twitter.com/5oxzVIg7CP

Buzz Feed:Law enforcement officers in Graham, North Carolina, used pepper spray on people, including young children, who were marching to a local polling station on Saturday, and made multiple arrests.

The march, called “I Am Change,” was to rally voter participation on the last day of early voting across the country. According to multiple witnesses and a Facebook livestream, Graham Police Department officers unleashed pepper spray on a crowd of about 200 demonstrators after what appeared to be an attempt to shut down the entire rally.

Officers in Graham, North Carolina, pepper sprayed people, including young children, who were marching to a local polling station, and made multiple arrests https://t.co/M1zsqKO4qo

Police brutality in North Carolina. They do not do this to white domestic terrorist. pic.twitter.com/TuOM3A2kyv

“More arrests happened, then more pepper spray,” said Megan Squire, who attended the march. Squire and her husband, a photographer who was taking photos of the incident, counted at least three arrests at the start of the clash, and six arrests near the end.

Voting activists pepper-sprayed by police while marching to polls in North Carolina https://t.co/Re7i1euKGz

The Graham Police Department and Alamance County Sheriff’s Office did not respond to multiple inquiries from BuzzFeed News. However, a brief press release from the sheriff’s office sent to local journalists on Saturday afternoon, which BuzzFeed News reviewed, confirmed that they “made arrests today” and that “individuals are currently being processed at the detention center.”

On the final day of early voting in North Carolina, police in Alamance County pepper-sprayed a group of voters who were marching to the polls.https://t.co/Ph34XJhPap

“I saw several children choking from the spray,” said Squire. “People had to choose whether to continue to the polling station or go wash their eyes and skin.”

Raleigh News & Observer reported that a 5-year-old and 11-year-old were sprayed the chemical. Their mom Melanie Mitchell told the outlet that both of her kids threw up from the pepper spray.

Belle Boggs, a participant who was there with her 6-year-old daughter, told BuzzFeed News they did not have time to clear the area before officers began swarming demonstrators. 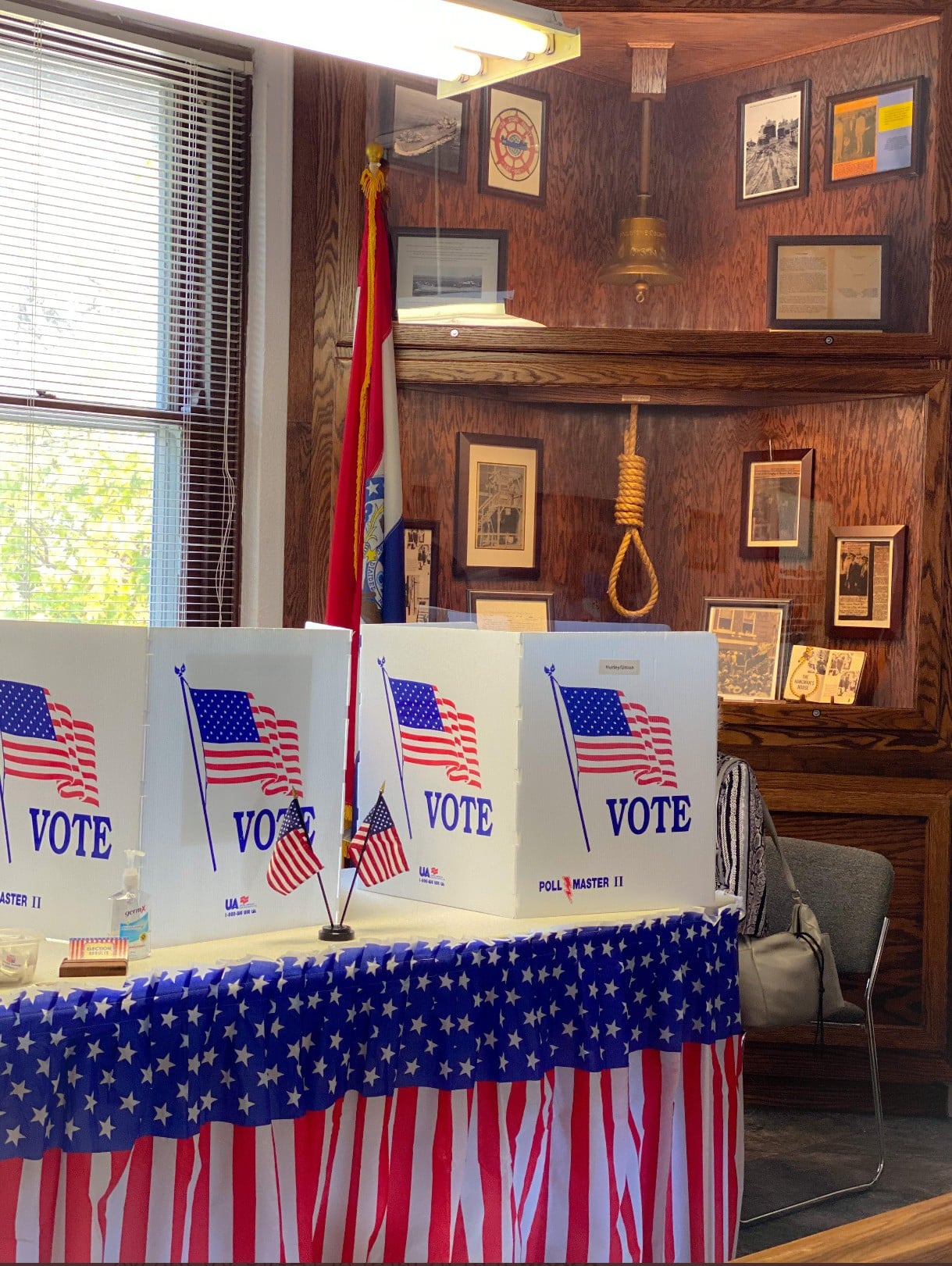